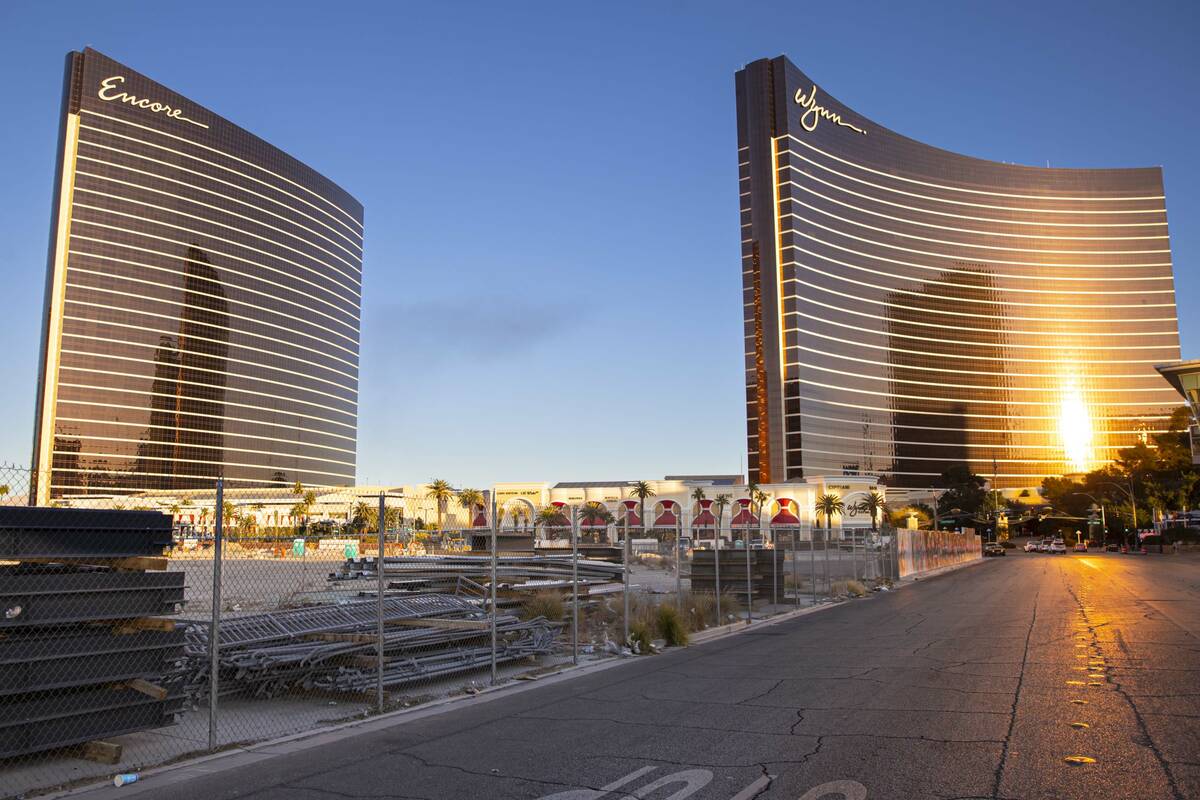 Wynn and Encore are seen north of Fashion Show Drive with owned by Wynn Resorts in the foreground on Wednesday, Jan. 26, 2022, in Las Vegas. (Chase Stevens/Las Vegas Review-Journal) @csstevensphoto

Wynn Resorts Ltd. is partnering with a New York real estate company to pursue one of three new downstate casino licenses in a Manhattan neighborhood.

Related Cos. and Wynn announced the agreement Thursday to develop a casino, resort and entertainment area near the Javits Center on the western side of the Hudson Yards, near the Hudson River. The Hudson Yards — home to the copper-colored lattice-like structure called the Vessel — is a $25 billion development by billionaire Stephen Ross’ firm Related and Oxford Properties Group.

Under the companies’ plans, the project would have residences, office space, retail, restaurants, cultural institutions, residences, 5 acres of public plazas, gardens and groves, the world’s first Equinox Hotel, and a 750-seat public school.

In addition, Hudson Yards is within walking distance of all of the region’s major public transportation, including trains and the Hudson River Ferry.

“Wynn Resorts has a long history of utilizing a compact, upscale casino floor to support the creation of spectacular resort experiences that appeal to an array of guests — travelers and locals alike,” Craig Billings, CEO of Wynn Resorts, said in a news release. “We look forward to engaging with the community to hear expectations for our development.”

Related Cos. CEO Jeff Blau said in a release that his company is looking forward to working with Wynn.

“As New York City emerges from the pandemic, the Western Yards provides the ideal site for a resort that will reinvigorate our tourism economy and provide billions in tax revenues for the city and state,” Blau said.

Several casino companies, including some based in Las Vegas, have expressed interest in vying for the three downstate licenses to be awarded by the state.

Other companies expected to be in the running are Las Vegas-based MGM Resorts International; Las Vegas Sands Corp., which owns resort properties in Macao and Singapore; Hard Rock International, owned by Florida’s Seminole Indian Tribe, which has purchased and is rebranding The Mirage to a Hard Rock Hotel; Bally’s Corp., which next week is expected to be licensed to operate the Strip’s Tropicana Las Vegas; Malaysia-based Genting Group, which operates Resorts World Las Vegas; Reno-based Caesars Entertainment Corp.; and Chicago-based Rush Street Gaming.

When New York Gov. Kathy Hochul and state legislative leaders fast-tracked the licensing of new casinos in April, they revived interest in the state’s expansion of casino gambling in one of the most densely populated areas in the country.

A New York law approved by voters in 2013 permits a total of seven casinos, including the three in the New York City area. Four already have been built in upstate New York.

Sen. Joe Addabbo, D-Queens, who chairs the committee on racing, gaming and wagering, said two operators of existing casinos near New York City would likely have the inside track in the awarding of the new licenses.

Resorts World New York City, operated by the Genting Group, is attached to the Aqueduct Racetrack and opened in 2011 after the Legislature authorized slot machines to be allowed at racetracks in 2001.

The Empire City Casino at Yonkers Raceway is operated by MGM Resorts International and also has slot machines and automated tables in a racing environment.