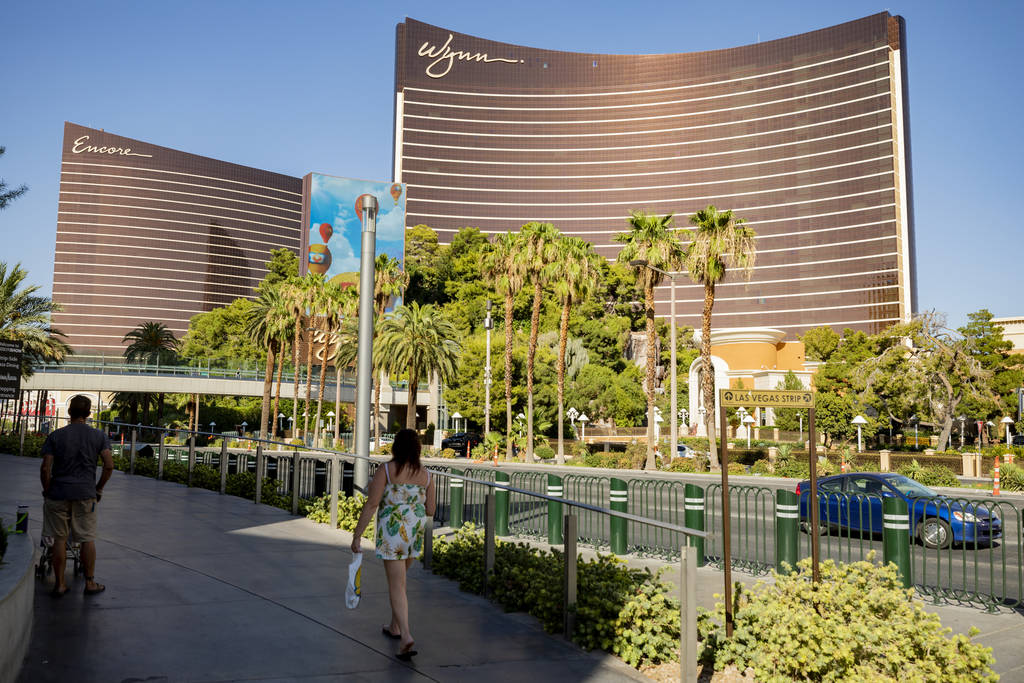 A view of the Wynn Las Vegas and Encore along the Las Vegas Strip on Thursday, Aug. 6, 2020, in Las Vegas. (Elizabeth Brumley/Las Vegas Review-Journal)

The company said the subpoenas come from the U.S. Attorney’s Office for the Southern District of California and were received in the first half of the year.

The request for information relates to transactions at Wynn Las Vegas involving “certain patrons and agents” who either reside or operate in foreign jurisdictions, according to a Thursday filing with the Securities and Exchange Commission.

“From time to time, the Company receives regulatory inquiries about compliance with anti-money laundering laws,” Wynn said in the statement. “The Company continues to cooperate with the U.S. Attorney’s Office in its investigation, which remains ongoing.”

The company said there have so far been no charges or claims and it is unable to predict the outcome of the investigation — or likelihood of possible losses that would stem from any charges against the company.

It’s not uncommon for regulatorslike the U.S. Attorney’s Office to reach out to casinos for information to assist with cases, according to Josh Swissman, founding partner of The Strategy Organization in Las Vegas.

Swissman said the filing doesn’t reveal why Wynn received the subpoenas, but inquiries like this could stem from events unrelated to the casino operator that happened to take place on their property.

“There are bad people in the world doing bad things, and sometimes it’s in casinos,” he said.