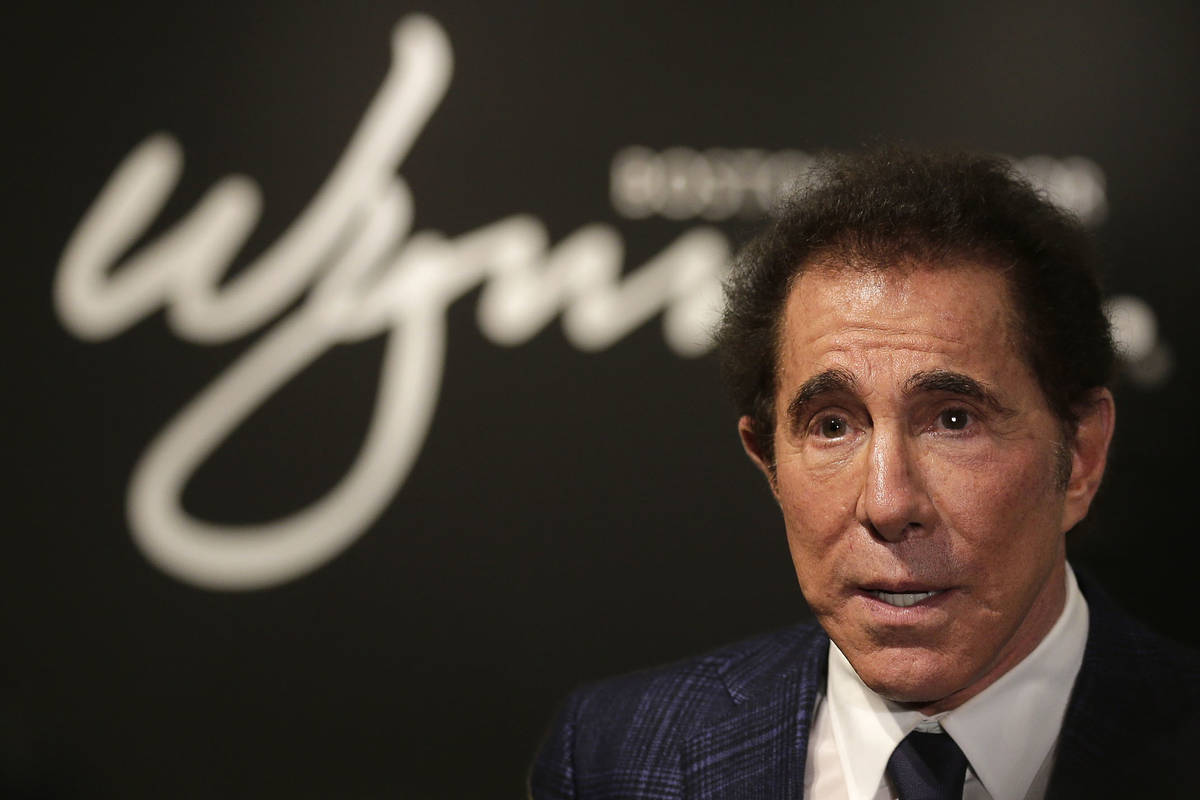 Wynn Resorts Ltd. has filed a legal brief in support of an appeals court upholding a July ruling in a lawsuit filed by nine anonymous women who claimed they were sexually harassed by the company’s former CEO Steve Wynn.

In a 60-page answering brief filed Wednesday, Wynn Resorts told the 9th U.S. Circuit Court of Appeals that District Court Judge James Mahan ruled properly that the women failed to sufficiently defend their decision to use pseudonyms and improperly used a collective pleading instead of pleading individual acts.

The case was dismissed, though the plaintiffs filed an appeal in August asking the appeals court to revive the lawsuit.

Mahan ruled the women did not follow the proper procedure in their appeal.

“Here, the District Court stated in its order of dismissal the deficiencies in plaintiffs’ amended complaint may be cured by amendment,” the Wynn response said. “However, an observation that something might be possible is not the equivalent of authorizing such action.”

Mahan had dismissed the action in July after the women alleged that Wynn Resorts knew about Steve Wynn’s actions and tried to cover up the misconduct.

The women chose to be referred to as Judy Does in the lawsuit and argued that the use of their real names could lead to retaliatory defamation suits by Steve Wynn, being ostracized at work, or having their lives upended if the sensitive details of the case were made public.

The court sided with a federal magistrate who found the plaintiffs had not sufficiently pleaded their case to keep their names hidden, and said the women failed to convince the court that their privacy interests outweighed the public’s right of access to the judicial proceedings.

“Although plaintiffs wish to preserve their anonymity, this causes several deficiencies in their claims against the Wynn defendants,” Mahan said in his ruling at the time. “Throughout their complaint, plaintiffs use generalized and vague statements without individualized factual support for their allegations.”

Mahan also sided with Wynn Resorts’ claim that the plaintiffs should have pleaded individual facts — a requirement in sexual harassment claims — instead of collective pleading.

“Though plaintiffs all allege sexual harassment by Steve Wynn, the individualized acts of sexual harassment … are separate transactions or occurrences that must be appropriately pled in order to comply with rule,” the ruling said.

The court cases are tied to allegations that ultimately led to Steve Wynn’s departure from Wynn Resorts Ltd. in 2018.

Wynn, formerly chairman and CEO of the company, stepped down from those positions days after The Wall Street Journal published an explicit account of him demanding sexual favors from and assaulting female hotel employees. Steve Wynn has denied every allegation.

Matt Maddox, one of the longest-serving executives at Wynn Resorts, replaced Steve Wynn as CEO. Maddox had risen through the company’s ranks, working in Macao, then as chief financial officer and finally as president.

Within a month of Steve Wynn’s resignation, he had sold his Wynn Resorts stock, and by May 2018, he moved out of a villa at the resort that had been his home.

After Steve Wynn’s departure, other sexual harassment allegations surfaced, and all were denied by Steve Wynn.

Through 2018, Wynn Resorts moved to distance itself from Steve Wynn and the allegations against him.

Under Maddox, the company underwent a transformation of board membership and executive leadership changes that brought more women to top positions and new policies underscored an emphasis in rooting out sexual harassment.

In late 2019, the Nevada Gaming Commission approved amendments to state gaming regulations placing new emphasis on sexual harassment and all forms of discrimination and putting licensees on notice that regulators would not tolerate any form of harassment.