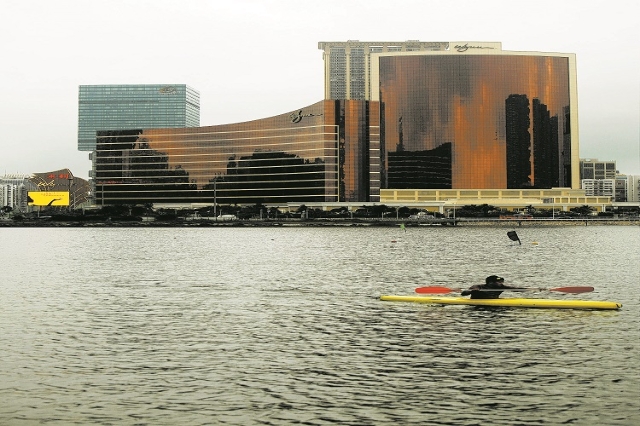 Wynn Resorts Ltd., which has seen its stock price tumble more than 65 percent in the last few months over troubles plaguing the Macau gaming market, said Monday that funds stolen from a high-end Chinese junket operator had nothing to do with the company’s casino operations.

Bloomberg News first reported last week that Dore Group, which acts as a middleman in bringing big-spending gamblers to Macau casinos, was the victim of employee embezzlement and may have lost as much as much $258 million.

In a statement released to the Hong Kong Stock Exchange, where shares of Wynn’s Chinese subsidiary are publicly traded, Wynn Resorts said Dore “owes no money to the company and continues to operate at Wynn Macau.”

Junket operators came under fire in the past year after the mainland Chinese government cracked down on corruption and ensnared several high-end businesses. The anti-graft campaign has contributed to Macau’s 15 straight months of declining gaming revenue. The high-end baccarat market has nose-dived in Macau and some gamblers are staying away until the crackdown ends.

Junket operators have long been part of the Macau gaming structure. They market the casinos to high-end players, often utilizing private gaming rooms separate from the mass market gaming floors.

In its statement, Wynn Resorts said Dore was an independent, registered and licensed gaming promoter.

“Any matters related to Dore’s failure to honor withdrawal of funds requests are related to Dore’s direct financial relationships with the parties requesting such withdrawals and accounts maintained directly between Dore and such parties,” Wynn Resorts said in a statement.

Wynn, along with Las Vegas Sands Corp. and MGM Resorts International, have seen their stock prices pressured by Macau, the world’s largest gaming market, where revenue has declined 36.5 percent in the first eight months of 2015. Most of the focus is on Wynn and Las Vegas Sands, which collect between 60 percent and 70 percent of their quarterly revenue from Macau.

Several analysts said it was unfair to tag Wynn with the troubles at Dore.

“We believe the apparent theft at Dore Group will likely only have a minor negative impact on VIP market gross gaming revenue as we see VIP softness as demand driven, not credit driven,” Bain said.

Hong Kong-based gaming analyst Kenneth Fong of Credit Suisse said even if Dore looses half its business because of the theft, many of the gamblers would move to another junket operator.

Fong said there was “no financial risk” to Wynn Resorts.