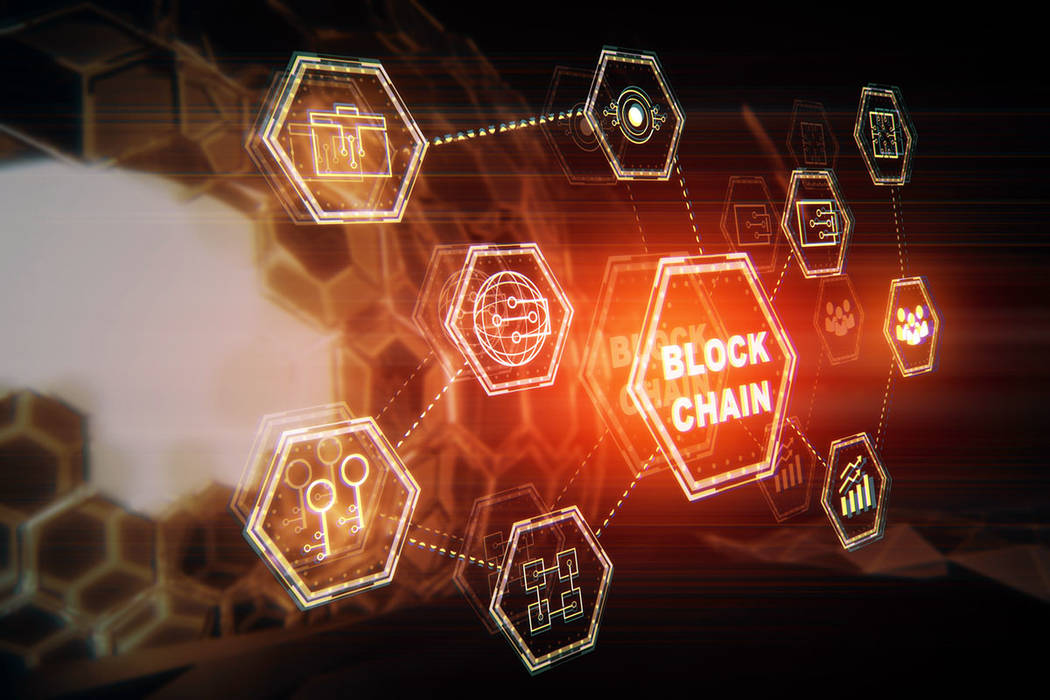 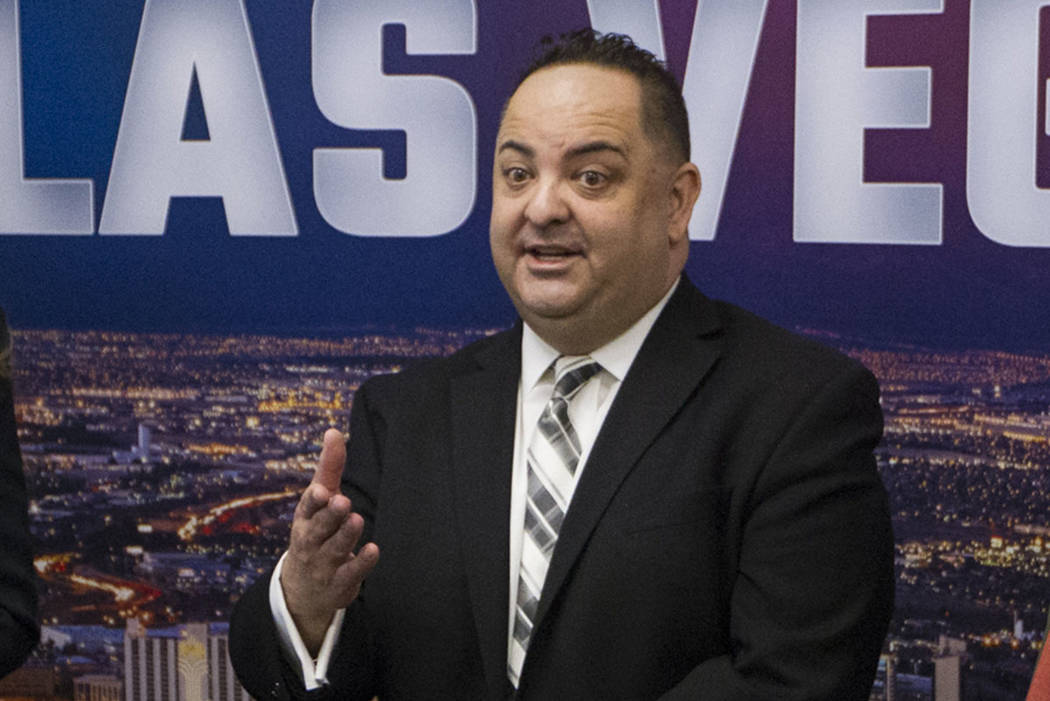 Michael Sherwood, seen in 2018, is the director of innovation and technology for the city of Las Vegas. (Erik Verduzco/Las Vegas Review-Journal)

Las Vegas is reviewing the potential implementation of blockchain, a database technology in which information is decentralized and maintained communally.

Michael Lee Sherwood, the city’s director of innovation and technology, said Las Vegas is “examining with partners to harness the best application uses which will increase productivity and service delivery to our community.”

“Look for more to come on Las Vegas and blockchain in 2019,” he said this week.

Las Vegas is one of an increasing number of “cities flirting with blockchain,” which was also the title of an hourlong panel Thursday at CES, where experts in the emerging technology urged attendees to focus less on how it works and more on what it will mean.

It’s “a bright, shiny thing,” said Jason Kelley, general manager of blockchain services for IBM, describing it simply as identifying all the nodes of a data supply chain to increase efficiency, verification and transparency.

“Smart cities of the future, the smart governments of the future, will have to go ahead and have the blockchain as part of their leadership,” said Natalia Olson-Urtecho, co-founder and head of strategy and innovation at consulting firm The Disruptive Factory.

Blockchain was presented as an element of smart city innovation, where municipalities implement technology into their infrastructure to improve day-to-day experiences for residents, whether for mobility, environmental or other outcomes.

During three separate panels Wednesday and Thursday, experts in the smart city field discussed the movement’s benefits and hurdles and concluded that digitizing the urban space was a must-do in the 21st century.

Las Vegas has entered the fray with its innovation district, spanning a large swath of downtown and offered as a test environment for public-private partnerships. A six-month pilot program announced this week by AT&T and technology company Ubicquia will create a smart lighting network to reduce energy use within the district.

Experts said access to infrastructure appeals to the private sector and that smart city adoption would require participation from private stakeholders to make it financially viable. Municipalities also must not ignore traditional infrastructure upgrades, the experts said, because they typically act as the framework of technological tie-ins.

Those who act first will save the most money and “differentiate themselves” in the market, said Jay Collins, vice chairman of corporate and investment banking at Citigroup.

Sherwood said Las Vegas is seeking to be a leader in new civic technologies, because it “fits with the spirit of the community.”