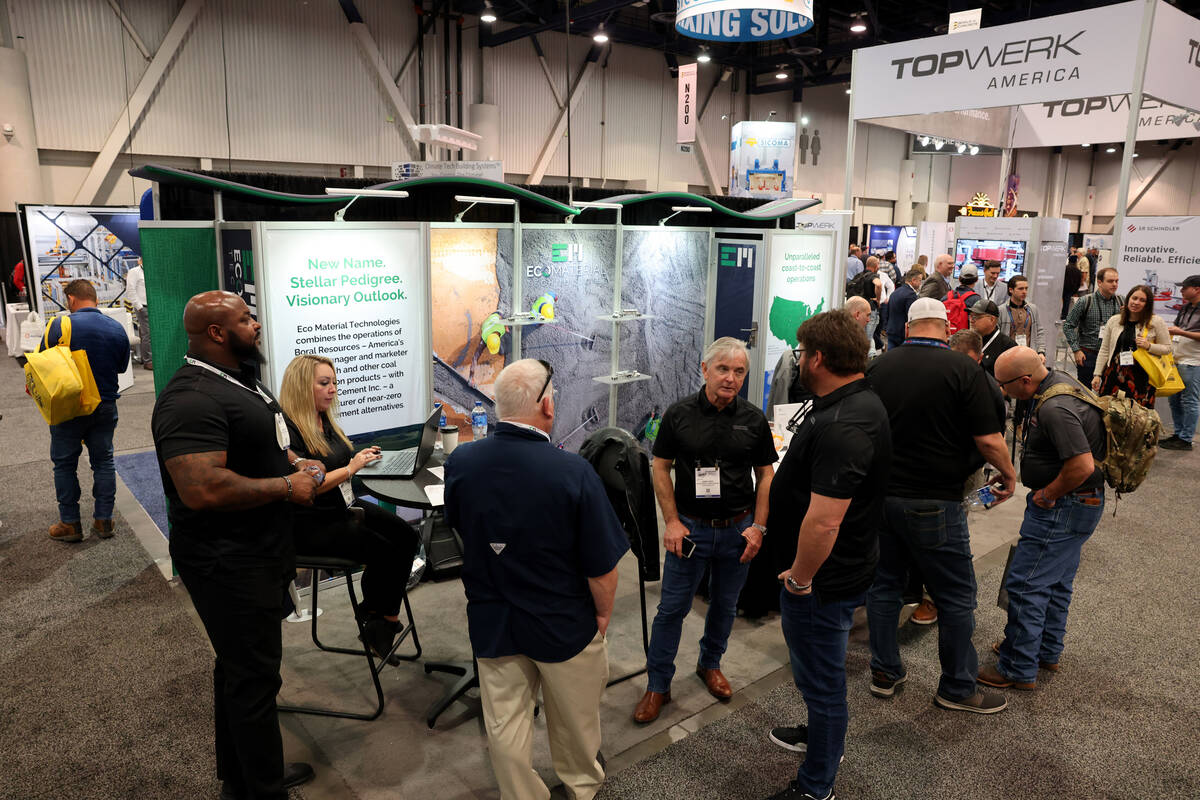 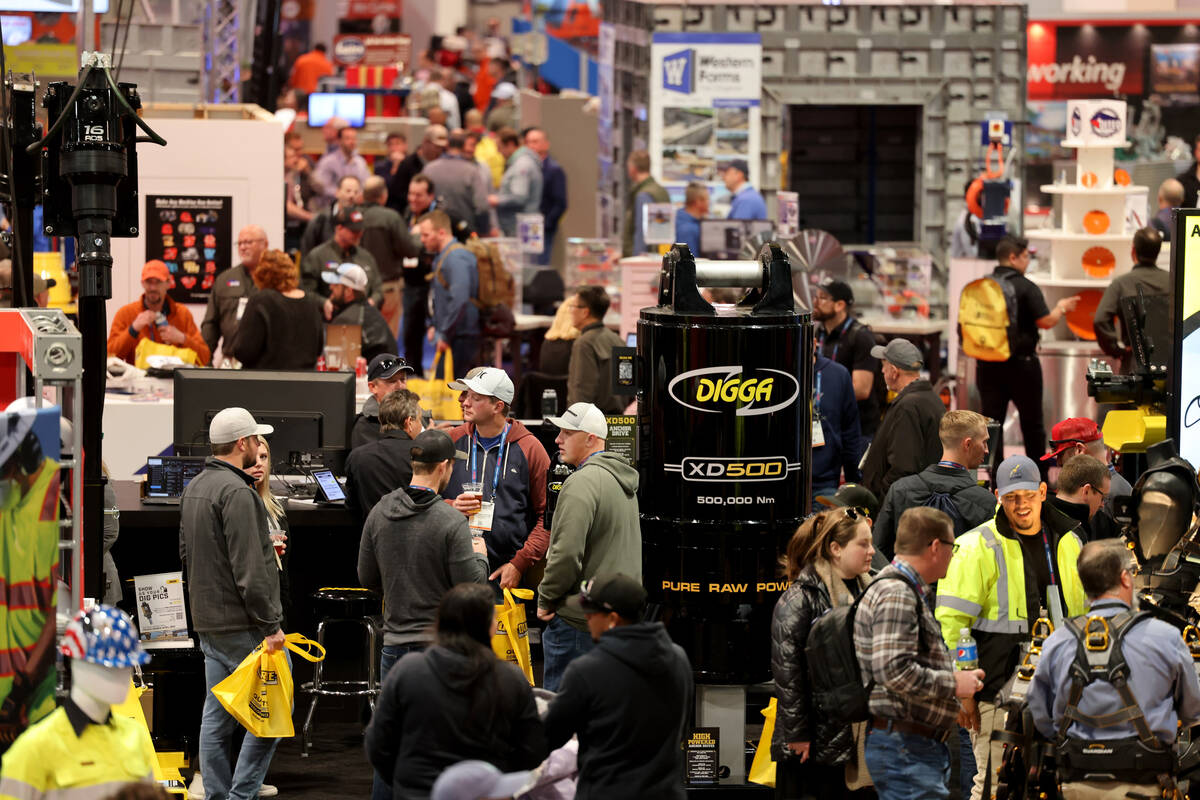 The South Jordan, Utah, company was one of several exhibitors at World of Concrete that highlighted the trade show’s focus on environmentally sustainable construction practices and materials. The convention, held at the Las Vegas Convention Center until Thursday, brings together all aspects of the concrete and construction industries, and the show floor was filled with cranes, trucks and outdoor demonstrations of concrete pouring, as well as the latest products and trends.

“The industry is really in an interesting place right now, where the gauntlet has been thrown down to be more sustainable and reduce carbon,” Eco Materials CEO Grant Quasha said. “This industry, which for a long time has been stagnant in its technology, really has to use technology and innovation to meet future challenges and see advancement.”

Organizers have taken notice of the industry trend and took steps to promote their own efforts, including running the show entirely on renewable energy and showcasing its commitment to be a net zero carbon event during the three-day show.

Kevin Thornton, senior vice president of Informa Markets Construction, the company that produces World of Concrete, said a commitment to sustainability has accelerated in recent years.

“Sustainability, whether that be through equipment or through concrete materials, is a huge focus of contractors, and quite frankly, homeowners and commercial building operators,” Thornton said.

The concrete and construction industries have long been high emitters of carbon, which contributes to climate change.

In 2021, global emissions from making cement for buildings, roads and other infrastructure reached an estimated 2.9 billion tons of carbon dioxide, which is more than 7 percent of the global carbon emissions, according to Robbie Andrew, senior researcher at Norway’s CICERO Center for International Climate Research and the Global Carbon Project. In 2002, cement emissions were some 1.4 billion tons of carbon dioxide.

Improving emissions from making cement — which is used to bind concrete — will be key to achieving future emission goals because cement is the most used material in the world behind water, according to Eric Ferrebee, senior director of technical services for the American Concrete and Pavement Association, which produced a white paper on sustainability in the concrete industry.

“I think part of it starts with the current administration, making it a big focus. There’s been a number of rulemakings coming out (and) legislation coming out that’s trying to curb our environmental impact,” Ferrebee said.

The company launched commercially in July 2022 and has several pilot projects around Colorado, according to Royal Rich, Pretred’s sales manager.

He said the company thinks of itself as a “complement” for construction companies that need to meet certain sustainability requirements when trying to obtain contracts.

“When sustainability requirements come up, a lot of times these guys are scratching their head trying to figure out how they put a bid in on a job and still hit those sustainability numbers. We’re able to sprinkle in a sustainable alternative for those folks,” Rich said.

Continuing conversations on making the construction industry more sustainable and environmentally will be a difficult but vital task, Ferrebee said.

“It’s a big upfront investment on the economic side to build (sustainable) pavements,” he said. “But we have to think about the environmental side too so we don’t destroy our planet along the way.”