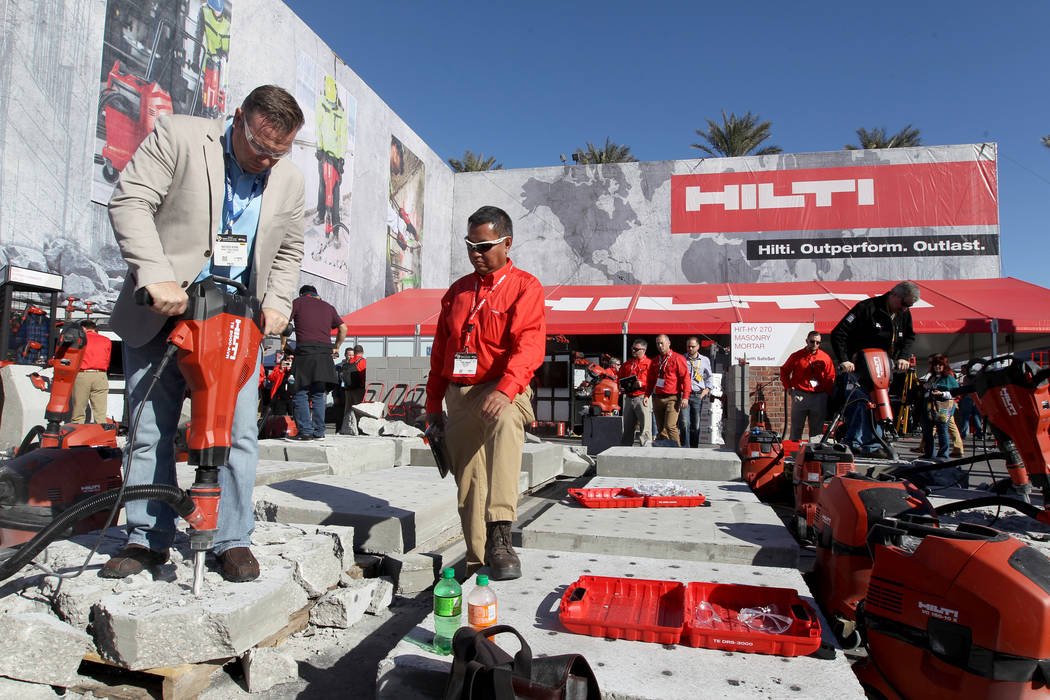 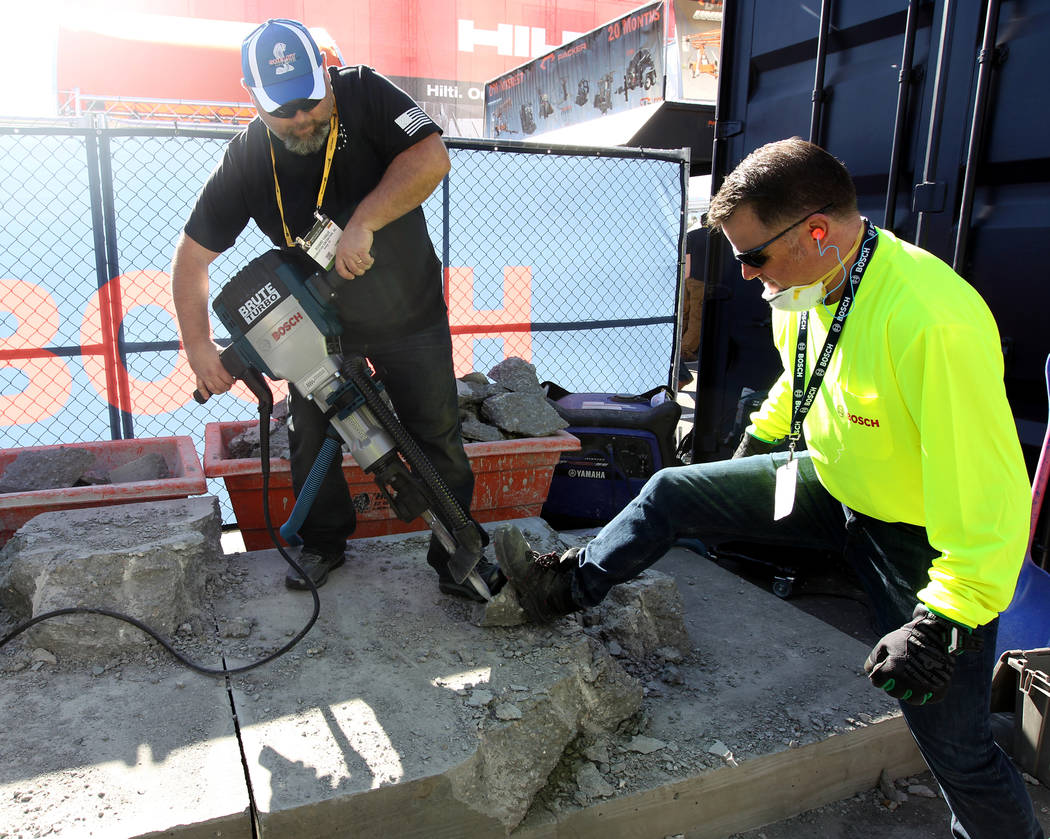 Representatives of the nation’s concrete industry need only take a quick look around to see how their craft is changing the Las Vegas skyline.

When the more than 60,000 industry leaders and executives arrive Tuesday at the Las Vegas Convention Center for the four-day World of Concrete trade show, they’ll be able to see why Southern Nevada is looking forward to the future.

And part of the educational component of the trade show, one of Southern Nevada’s annual beginning-of-the-year convention staples, will be to demonstrate the versatility of concrete to produce buildings that are as beautiful as they are functional.

“Our exhibitors will be unveiling new types of coatings, materials and applications that are designed to enhance concrete’s final appearance,” Pomerantz said. “Architects and owners are embracing the new technologies that have transformed concrete surfaces into design elements. They are finding concrete to be a durable and sustainable construction material.”

“Contractors of all types are having difficulty in recruiting new craftspersons,” Pomerantz said. “There are two driving forces. First, many of the industry’s experienced craftspersons are retiring at accelerated rates. And second is that the construction industry has not worked in a coordinated manner to let high school-aged students become aware of the benefits of working in construction.”

He said contractors are looking for ways to increase productivity, efficiency, safety, and quality on construction sites. He said the workforce is becoming better trained, educated and skilled, but that also has resulted in a justification for higher wages. The competition for new workers entering the workforce also is driving wage scales.

Southern Nevada could play out as a microcosm for that big-picture issue, with craftsmen taking work at the various construction sites.

So far, contractors have been sequencing schedules efficiently. For example, the concrete work at the Las Vegas stadium, where 120,000 cubic yards of concrete is being poured, has about 70 percent of the concrete work complete even though the stadium itself is around 33 percent done.

The Raiders’ stadium subsidiary developed efficiencies on concrete by building its own cement batch plant on the southwestern corner of the 63-acre stadium site.

Steve Hill, president and CEO of the Las Vegas Convention and Visitors Authority and chairman of the Las Vegas Stadium Authority, has the unique perspective of being the top executive of the convention center hosting the show — as well as someone who routinely attended World of Concrete as founder of Silver State Materials, a concrete, sand and gravel supplier in the Las Vegas area that began operating in 1987.

“Having these shows here allows everyone in town in a very easy way to learn what’s at the cutting edge of whatever their industry is, in this case the concrete industry,” said Hill, who attended his first World of Concrete show in 1982, when it was staged in Houston. “It’s easier to send a crew of people to a show than to have to travel.”

Mike Sherwood, president of Nevada Materials Service, concurs that it’s much easier for his employees to learn about new products and technological upgrades here than “to have to go to Baltimore or Miami.”

Sherwood, whose company is contracted to supply concrete for the new Wynn Las Vegas convention facility that will open in 2020, said he has an additional interest in the show being here. His company supplies the concrete for many of the product demonstrations and educational sessions.

“We’ll build a block of concrete so that a saw company can show how its equipment can cut the block up,” he said. “We’ll build a floor to demonstrate how a new trowel would work on it.”

He likes the fact that new technology and knowledgeable people are all in one place and while his workers can’t get to every educational session — after all, they’re all working — many of his customers are passionate about seeing everything at the show.

“We’ve had the good fortune of being involved with the show producers and we’ve done so for many, many years and it’s been fun,” Sherwood said.

World of Concrete show producers expect this year’s event to be bigger than the 2018 version. More than 1,600 companies are expected to exhibit at this year’s show.

The show will occupy 745,000 net square feet and take up most of the Las Vegas Convention Center. Two parking lots are being converted for outdoor exhibits and displays as well as for demonstrations and competitions.

The event will have 150 educational sessions, interactive workshops, demonstrations and hands-on training events.

The Las Vegas Convention and Visitors Authority estimates that the 60,000 people in attendance will produce an economic impact of $88.1 million on the community.

Hill expects some attending the show to venture out to see some of the construction sites, particularly the $1.8 billion Las Vegas stadium.

While some show attendees may have a look at the Las Vegas of the future in their free time, show producers are sponsoring a recreational field trip to two of Southern Nevada’s engineering marvels: Hoover Dam and the nearby O’Callaghan-Tillman Memorial Bridge. 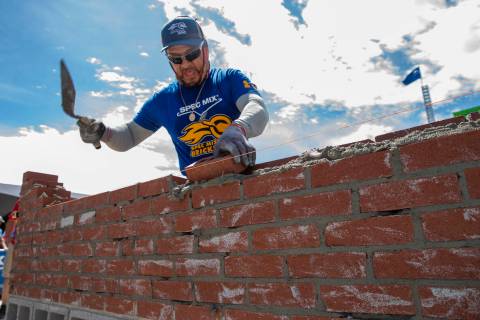