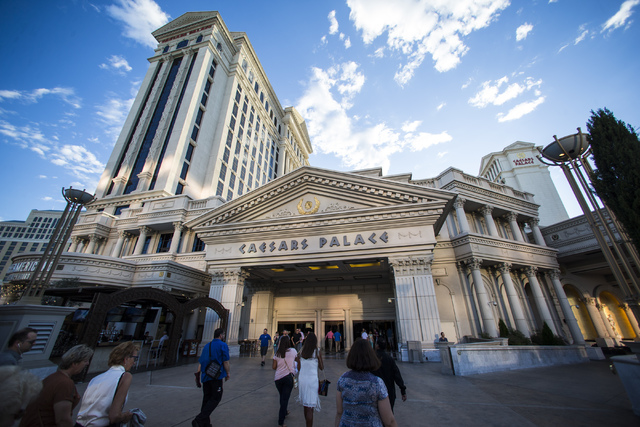 The exterior of Caesars Palace hotel-casino is shown in Las Vegas on Wednesday, May 18, 2016. (Chase Stevens/Las Vegas Review-Journal) @csstevensphoto

CARSON CITY — Caesars Entertainment Corp. won approval from state utility regulators Wednesday to leave as a retail customer of Nevada Power Co. and purchase its own power supplies on the wholesale market.

The Public Utility Commission voted unanimously to approve an agreement reached by Caesars, PUC staff and other interested parties to exit the utility for the purposes of acquiring its own supply of electricity. The utility’s parent company, NV Energy, took no position on the request.

As part of the agreement, the gaming company will pay a $44 million “exit fee” to Nevada Power. The fee is intended to protect the remaining customers of the utility for the energy investments made in part by the utility to ensure a reliable supply of power to the departing companies.

The payment to NV Energy’s Southern Nevada company will be made in 72 equal payments over six years.

Caesars will also pay a share of Nevada Power’s cost of remediation and decommissioning the Reid Gardner coal-fired plant at Moapa, set to shut down in the next few weeks, and for the Navajo Generating Station at Page, Arizona, where Nevada Power has an ownership interest.

Caesars is the third-largest gaming company in the state to leave as a retail utility customer in recent months.

Caesars filed exit applications covering its Northern and Southern Nevada properties with the PUC in November. The company said it is prepared to leave NV Energy as soon as Sept. 1.

Large customers can leave to secure their own energy supplies under a 2001 law enacted by the Nevada Legislature.