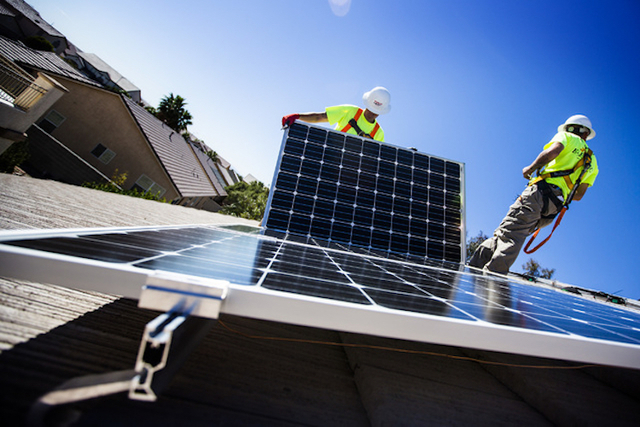 CARSON CITY — A hearing on a proposal to grandfather in about 32,000 rooftop solar customers under prior, more economically favorable rates has been set for Sept. 19, with a final decision expected from state utility regulators by the following week.

Public Utilities Commission Chairman Paul Thomsen said that after the hearing, the full commission could consider a proposed resolution to the grandfathering issue at its Sept. 28 meeting.

Final approval could come even earlier if the various parties, including NV Energy, the state Bureau of Consumer Protection, PUC staff and the rooftop solar company SolarCity reach an agreement ahead of time.

NV Energy in late July made a filing with state utility regulators to grandfather residential net metering customers who installed systems or had approved applications pending by Dec. 31, 2015, in under the original rates. Net metering allows rooftop solar owners to get a credit from the utility for the excess energy they generate.

NV Energy, which does business as Nevada Power in Southern Nevada, asked the PUC to act within 90 days. Utility regulators previously rejected a proposal to grandfather in existing net metering customers under the rates that existed prior to Jan. 1 of this year.