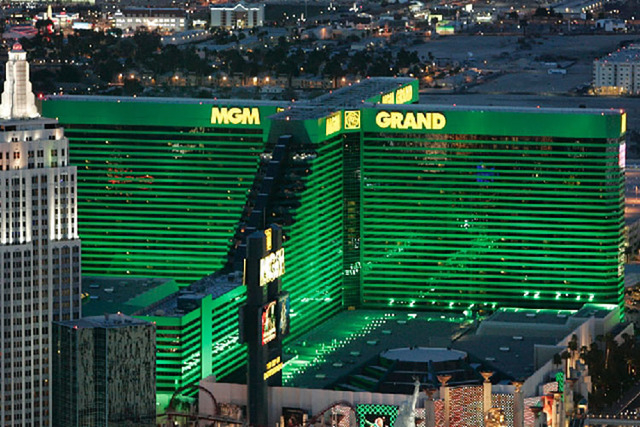 CARSON CITY — Las Vegas gaming giant MGM Resorts International told state regulators on Thursday that it will exercise its option to exit as a customer of Nevada Power and purchase its own electricity on the wholesale market.

In a letter to the state Public Utilities Commission, the gaming company said it plans to leave as a customer of Nevada Power by Oct. 1.

The company will have to pay an exit fee of $86.9 million for the privilege of leaving.

In a letter to the commission, John McManus, MGM executive vice president, said the company will proceed to exit as a customer.

“It is our objective to reduce MGM’s environmental impact by decreasing the use of energy and aggressively pursuing renewable energy sources,” he said in the letter to the PUC. “Our imperative is heightened by increasing customer demand for environmentally sustainable destinations.

“After careful thought and analysis over many months, we have concluded our objectives are best met by purchasing the energy required to operate our resorts, and serve our customers and guests, from a source other than NV Energy,” the letter said.

The letter says the company will pay the significant exit fee imposed by the PUC to ensure remaining customers of NV Energy will not be harmed by the company’s departure.

The departure of the company would be the first in many years. The hotel-casino relied on a 2001 law approved by the Nevada Legislature allowing companies to leave as utility customers to lessen pressures on electricity rates during an energy crisis.

The circumstances behind its passage no longer exist. Instead, energy prices are increasingly competitive, including natural gas. Large companies that exit are expected to be able to negotiate their own favorable rates for power.

MGM, with its multiple properties, is the largest at 4.86 percent of Nevada Power’s annual energy sales. MGM had indicated early on that it intended to leave the utility, a part of NV Energy, with approval of its exit application.

Other gaming companies have been critical of NV Energy for raising rates and focusing on profits instead of lowering electricity rates to customers.

The first application to leave in recent years, filed by the data storage company Switch, was rejected by the commission. Switch later struck a deal with Nevada Power to remain for at least the next three years. Its exit fee was estimated at $27 million.