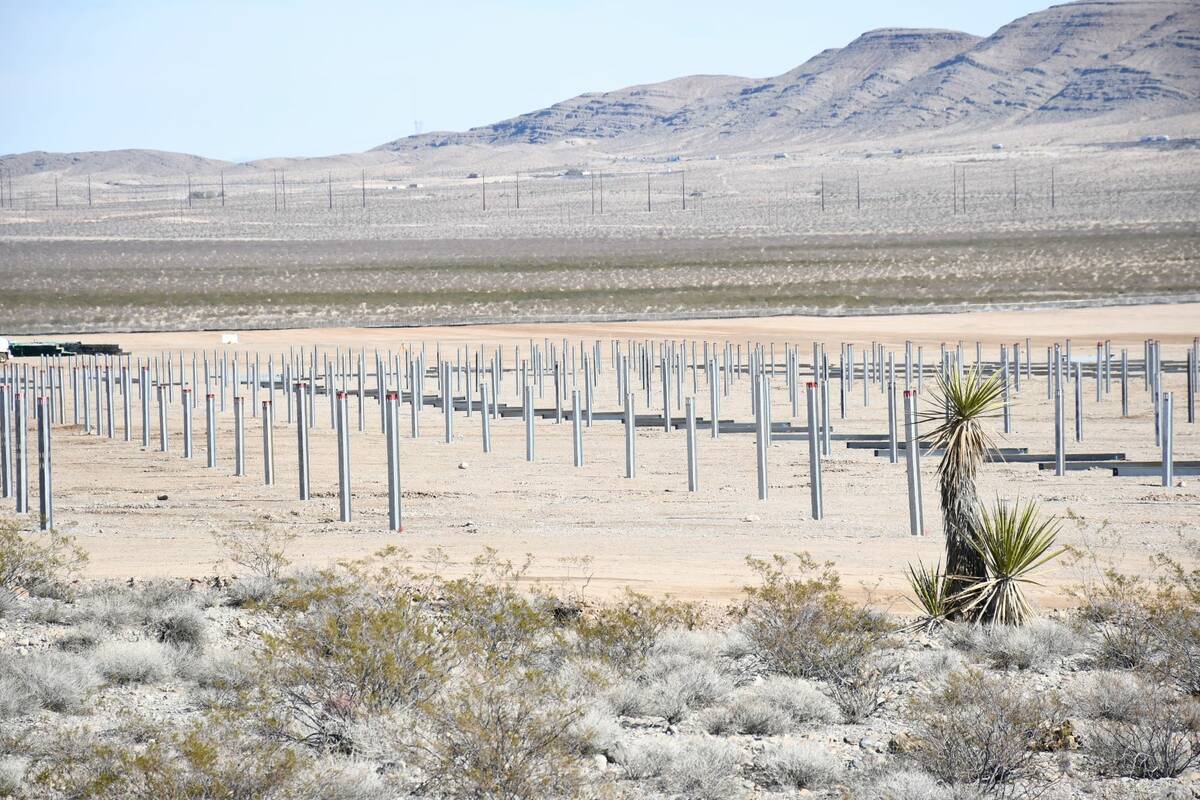 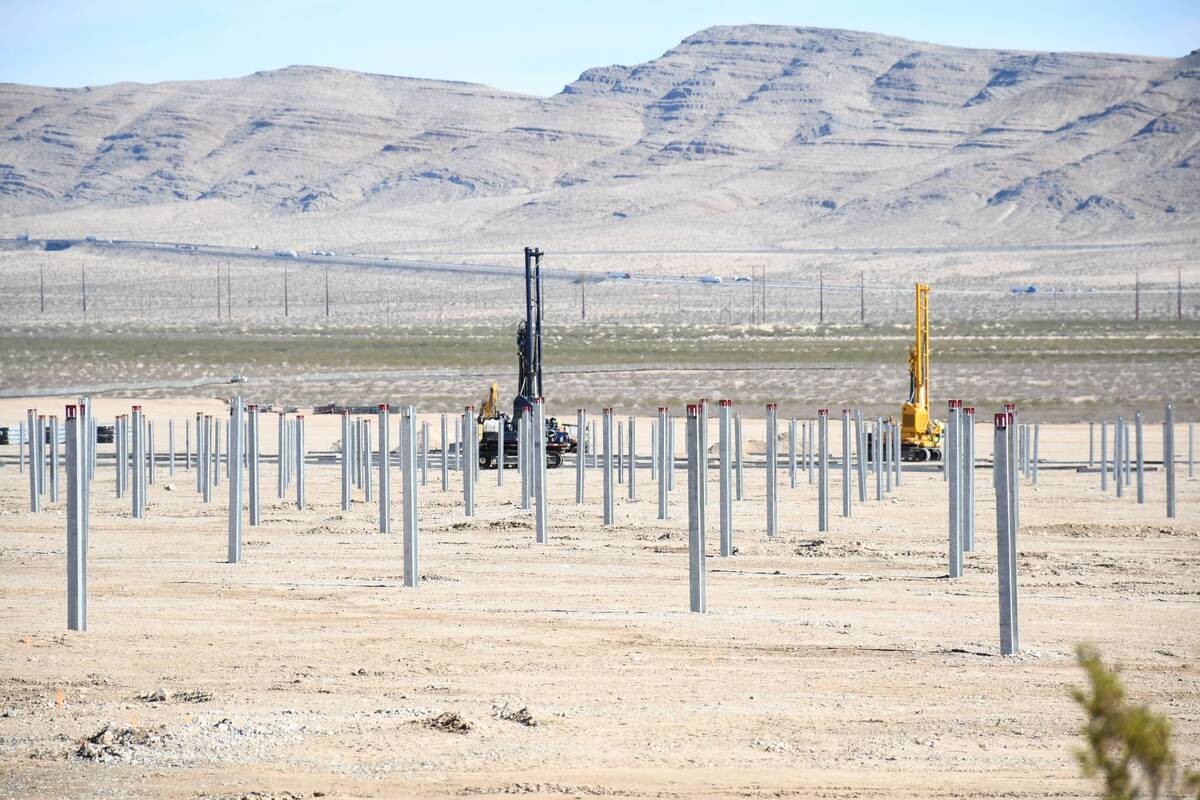 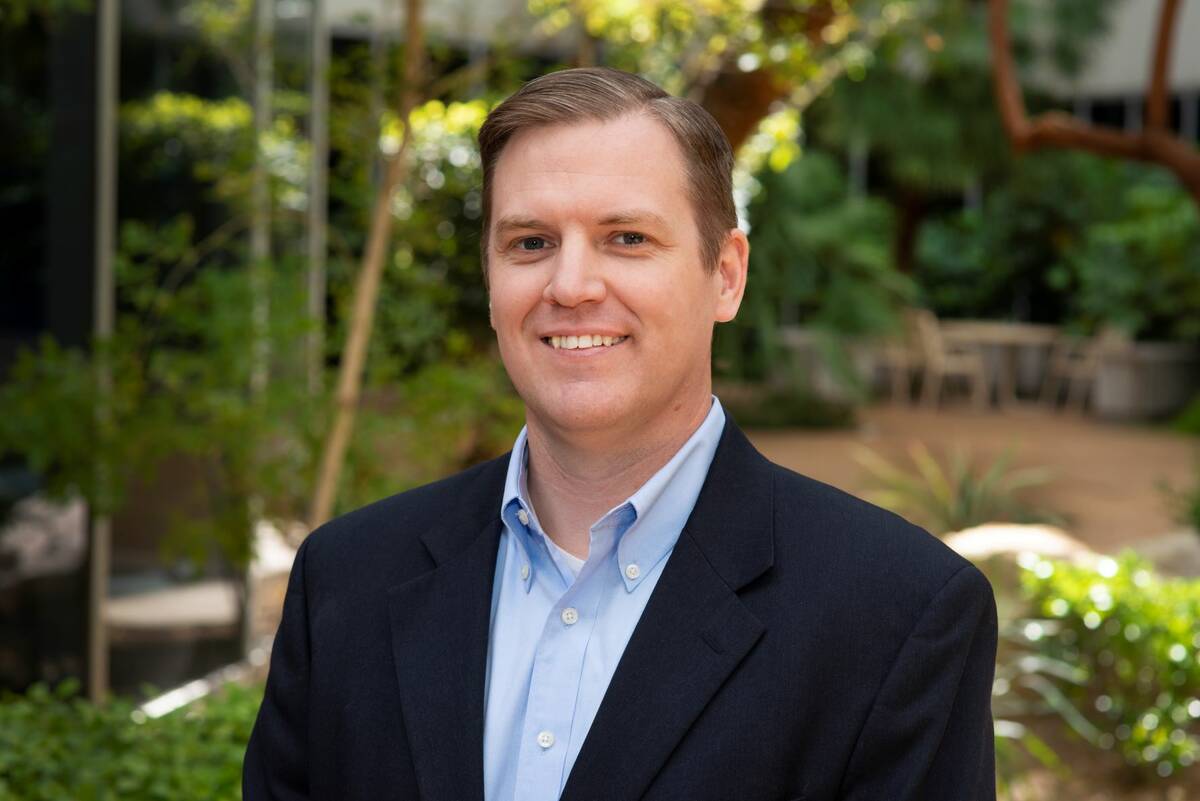 Doug Cannon is the president and CEO of NV Energy. (NV ENERGY)

On the heels of announcing rate increases next year for Southern Nevadans, NV Energy is proposing a more than $800 million plan to advance the state’s energy independence.

It’s a move that could, in the short term, further increase customer rates before the plan’s potentially cost-saving benefits kick in for them.

NV Energy CEO Doug Cannon said while the utility will face significant upfront costs to implement its plan, the long-term benefits for Nevadans will be worth it.

“In the long term, this will save our customers money,” Cannon said. “It will help reduce fuel costs. It will reduce purchase power costs, and it will also help us control costs associated with what have historically been market energy purchases.”

The $827 million plan, filed Nov. 30 with the Public Utilities Commission, will help increase Nevada’s energy supply in June, July and August — the hottest months of the year — when customer demand and the price for energy peaks, and it will also help the company meet the state’s climate goals.

The utility said it will add energy and storage capacity that will be operational by the summer of 2024 and 2025, as well as make upgrades to its transmission system.

This includes building a 200-megawatt battery storage system on the site of the North Valmy Generating Station, a coal-fired power station in Humboldt County that is set to close by 2025. Cannon said the costs are estimated to be $466 million with $8 million in transmission costs, or the price to install transmission lines to deliver electricity.

An additional 440 megawatts of natural gas-powered turbines will be built at the Silverhawk Generating Station in North Las Vegas, which has a projected price tag of $333 million with an additional $20 million in transmission costs. It’s expected to be able to provide energy to 85,000 customers.

“(This plan) kind of indicates that NV Energy is also thinking about moving (toward) lower carbon forms of energy generation, and that’s the long-term goal for a lot of energy generation in this country,” said Simon Jowitt, UNLV associate professor of economic geology.

Cannon said the plan is a response to energy shortages it has faced in recent years during the summer and points to California as a culprit.

“California no longer has enough resources within its own state to meet its needs,” he said. “And so it has to rely on a broader western energy market to import energy in order to meet those customer needs.”

This has reduced the amount of energy available to other western states, including Nevada.

Cannon said it typically purchases about 30 percent of the energy needed from the open market when there’s peak demand.

“That has worked fine for Nevada for more than a decade, but with California retiring its units, changing its transmission rules, that has really prompted us to say ‘We’ve got to do more to control the outcomes ourselves,’” he said.

NV Energy cited Sept. 6 — when the temperature in Las Vegas hit 110 degrees — as a recent example of the impact of high demand.

In its filing, the company said the energy market covering the western portion of North America saw a record demand of over 167,000 megawatts on Sept. 6 with the cost per megawatt reaching $1,900.

NV Energy stated in its filing that it expects demand during peak periods to increase by 12.7 percent over the next 10 years.

Cannon said the utility will pay for the cost of its projects but it will eventually recoup the expenditures through customer rates. He noted any rate changes would need to be approved by the PUC, and he expects the commission to only approve rate increases for “reasonable” aspects of the proposals.

However, its plan to increase the state’s power supply could reduce the amount of energy the utility needs to purchase from the open market.

It’s those open market purchases that drove NV Energy to increase its quarterly rates several times this year, citing the rising cost of natural gas. Last month, it announced customers in Southern Nevada will see an average increase of 14.4 percent starting in January.

Peter Kostes, communications director for the PUC, said the commission will create a procedural schedule, or timeline of hearings, in the next few weeks.

NV Energy said it anticipates a final decision to be made by mid-2023.

Cannon said the plan represent a “balanced portfolio” of new resources, since each project will serve a different need within NV Energy’s electricity supply.

Jowitt said the battery storage project in Humboldt will also help meet renewable energy goals because it will allow NV Energy to store energy generated by solar and wind power, which could provide “flexibility” to the state’s electric grid.

“We’ve got a lot of things like solar generation capacity increasing here in the state, and that obviously runs during the day that doesn’t run during the night,” he said. “What that gives the state is the ability to not lose any of the energy it generates, and that’s crucial.”

The natural gas project won’t help Nevada reach its climate goals, but the utility only plans to use it when the supply from its renewable energy sources isn’t sufficient to meet the demand, according to Cannon. He said the proposed natural gas turbines will only run when needed, and the battery storage and geothermal projects it hopes to build will run constantly.

“This is just one small part of a bigger strategy that we are executing on in order to ultimately achieve the state’s objectives,” Cannon said.