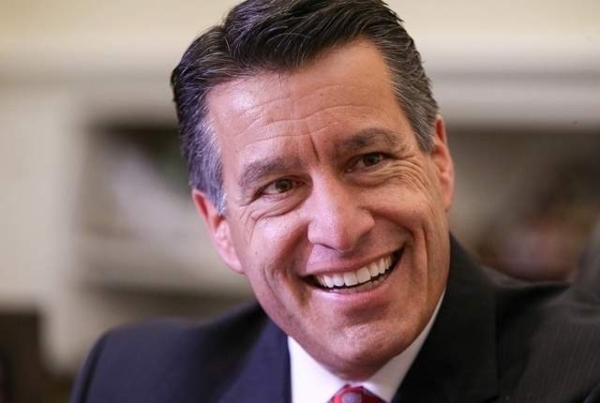 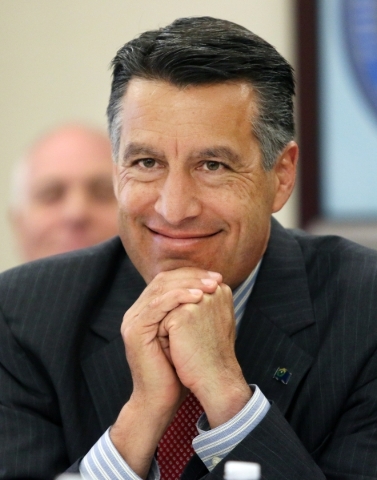 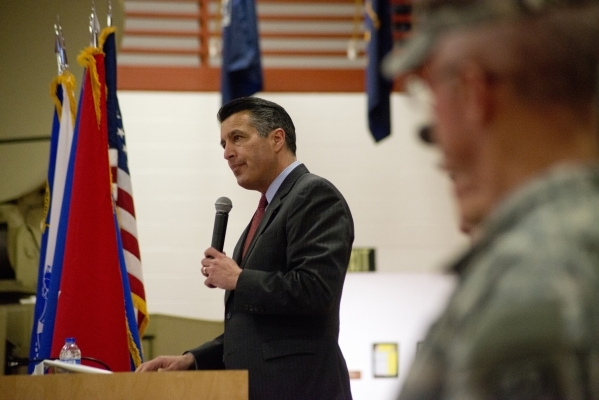 Nevada Gov. Brian Sandoval speaks during a mobilization ceremony at the Clark County Armory in Las Vegas for nearly 40 Nevada National Guard Soldiers from the 422nd Expeditionary Signal Battalion on Thursday, Feb. 4, 2016. The soldiers are being deployed to the Horn of Africa in support of Operation FreedomÂ´s Sentinel. Daniel Clark/Las Vegas Review-Journal Follow @DanJClarkPhoto 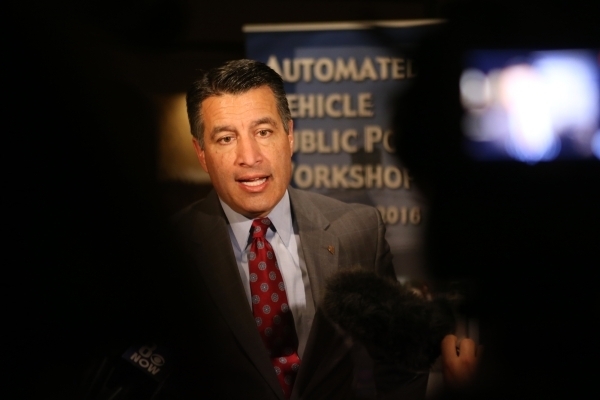 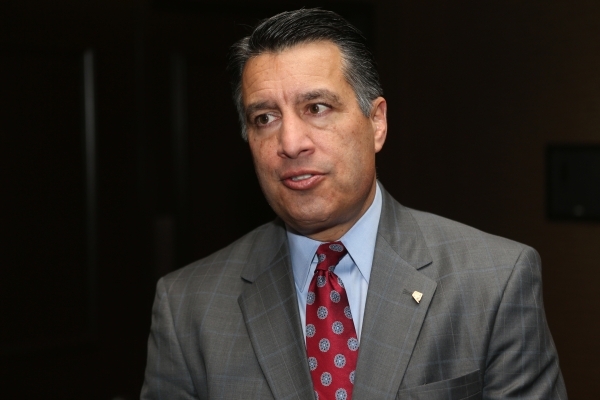 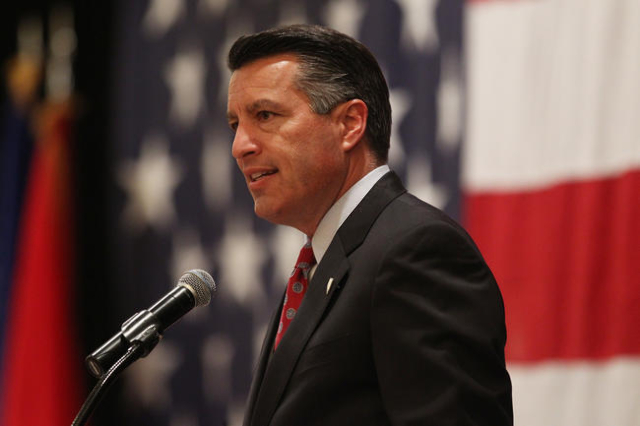 The moves comes amid consumer backlash over a decision by the state Public Utilities Commission to reduce bill credits rooftop solar customers receive for selling excess power back to NV Energy, a concept known as net metering. New rates approved by the PUC earlier this month also include a higher monthly fixed service charge.

State lawmakers last year decided to leave the net metering issue up to the PUC, and Sandoval stayed out of the controversy, saying it would be inappropriate for him to interfere in a regulatory process.

But after the PUC rendered its decision, the Republican governor said he was disappointed in the outcome.

The New Energy Industry Task Force will be chaired by Angela Dykema, director of the governor’s energy office.

He also wants recommendations to support distributed generation and storage with a specific focus on rooftop solar and net metering.

“This task force will be making recommendations for the state to consider with regard to future EPA compliance issues, but more importantly to do the right thing for the people of Nevada,” Sandoval said in a statement.

“I have also asked the director to look into rooftop solar and Nevada’s energy grid so that we are prepared with any necessary legislation in time for the 2017 session of the Nevada Legislature.”

The New Energy Industry Task Force created by statute in 2009. Sandoval in 2011 directed it to report on the production and transmission of renewable energy and recommend policy or regulatory changes.

The panel last met in 2013 and was being considered for possible elimination by the Sunset Subcommittee of the Legislative Commission before Sandoval signaled his intent to revive it.