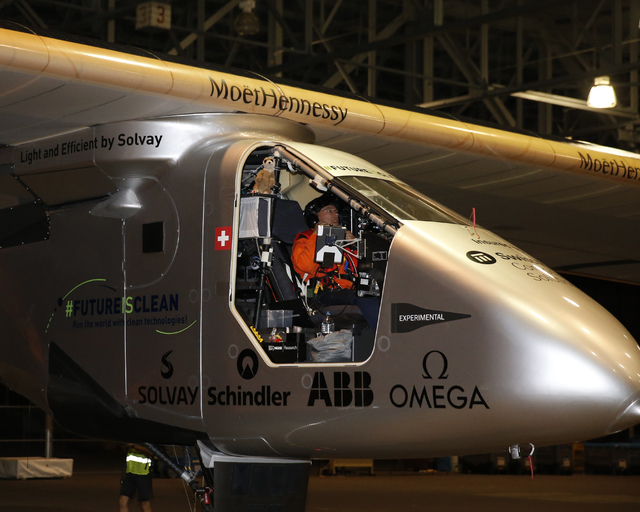 CARSON CITY — Gov. Brian Sandoval and the CEO of the rooftop solar company Sunrun have agreed to dismiss a public records court case after meeting Tuesday and agreeing instead to focus on the future of solar energy in Nevada.

Sunrun sued in December, seeking records from Sandoval’s office during the height of discussions by the Nevada Public Utilities Commission on a new rate class for rooftop solar customers. Some documents were turned over by Sandoval’s office but the solar company sought additional records in the form of text messages.

The company was looking for any evidence that Sandoval or PUC Chairman Paul Thomsen were communicating with NV Energy and the utility’s lobbyists privately over the net metering debate.

Sandoval said: “I appreciate that Ms. Jurich took the time to meet and express Sunrun’s commitment and desire to re-enter the rooftop solar market in Nevada.

“Sunrun is certainly welcome to participate in Nevada’s efforts to expand clean and renewable energy,” he said. “I look forward to Sunrun’s contribution and hope to see constructive ideas about job creation, economic development, and making the best use of Nevada’s solar resources.”

Jurich released the following statement: “I appreciated Governor Sandoval agreeing to meet and providing me the opportunity to discuss the role that Sunrun would like to have in Nevada’s renewable and sustainable clean energy future.

“Sunrun continues to be disappointed by the Nevada Public Utility Commission’s decision to end net metering and refusal to grandfather existing rooftop solar customers,” she said. “Following the Nevada PUC’s decision, Sunrun closed its operations in Nevada. During those difficult times, statements were made that were not in the spirit of partnership that Sunrun has always intended to have with Governor Sandoval.

Nevada’s rooftop solar market has nearly disappeared following the PUC’s decision earlier this year to adopt a new rate for net metering customers that industry officials warned would end installations. The new rate, which will be phased in over 12 years, took effect for all rooftop solar customers Jan. 1.

Rooftop solar groups under the name the No Solar Tax political action committee are now trying to collect 55,234 signatures from registered Nevada voters by June 21 to put the net metering issue before the voters in November. The ballot referendum is being challenged in the Nevada Supreme Court, however.

Sandoval has also reauthorized a panel of experts to formulate proposals on a number of energy issues, including potential changes to net metering that could go to the Legislature in 2017. The New Energy Industry Task Force meets again Thursday.

One decision for the panel is a recommendation from a task force to ask the Legislature next year to grandfather in original rooftop solar customers under the original net metering rates, which were financially more favorable than the new tariff.