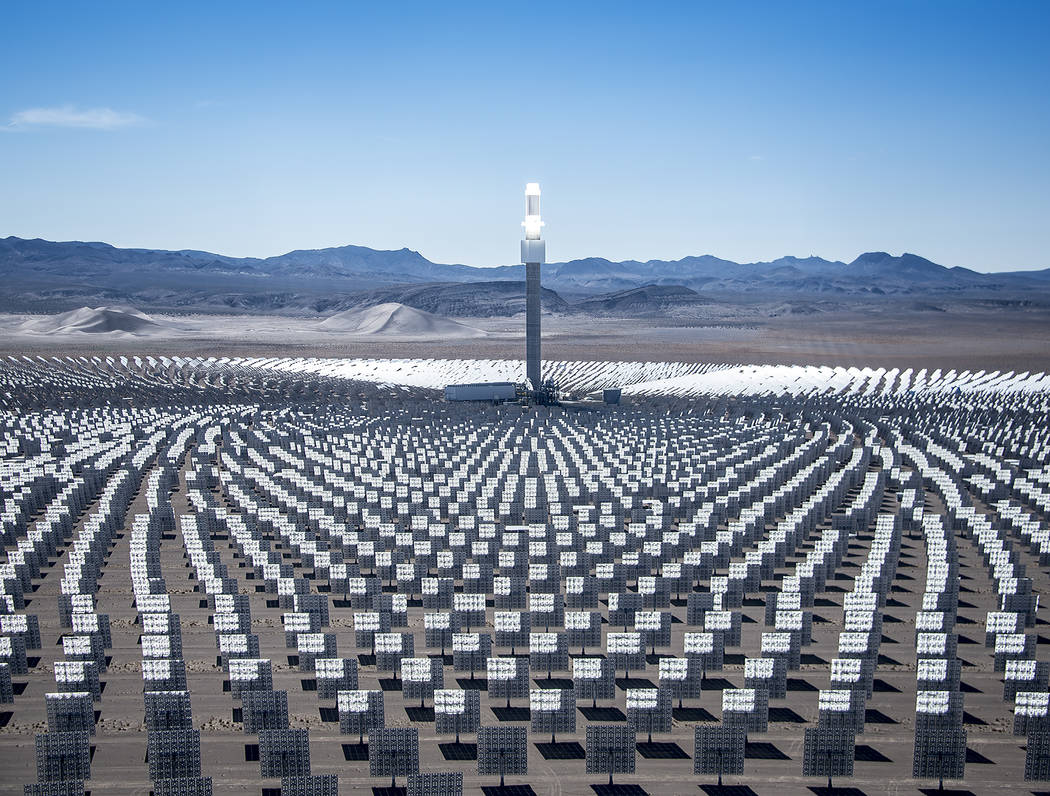 The Crescent Dunes Solar Energy Plant could be heading toward bankruptcy, according to a lawsuit filed by the project’s developer.

The lawsuit was filed two days before NV Energy provided a notice of termination on its renewable power purchase agreement with the solar project, citing “frequent and prolonged outages” from the project.

In 2008, an affiliate of SolarReserve formed Tonopah Solar Energy as an LLC to develop, own and operate the 110 megawatt solar thermal plant with molten salt storage in Central Nevada. Three years later, the Department of Energy agreed to loan Tonopah Solar Energy $700 million to fund the project, the first of its kind in the world.

SolarReserve contends that the LLC agreement gives it the right to appoint one of the managers of Tonopah Solar Energy. But according to the lawsuit, the Department of Energy sent a “notice of default” letter only days after SolarReserve had installed Troy Taylor as a new manager.

According to the lawsuit, the Department of Energy is looking to appoint two new members to Tonopah Solar Energy’s board of managers through this notice, “which gives the appearance of the (Energy Department) in complete control of Tonopah through its handpicked ‘independent’ directors which comprise the entirety of the Tonopah Board of Managers.”

And because major decisions — such as bankruptcy proceedings — require a unanimous vote from the managers, the lawsuit alleges that the Energy Department can determine the fate of Tonopah Solar Energy without any representation of SolarReserve on the board.

“The (department’s) actions interfere with SolarReserve’s right to participate in the management of Tonopah; and they result in a forfeiture of SolarReserve’s property rights in a $1 billion project which SolarReserve started in 2008, without an opportunity to contest that forfeiture,” according to the lawsuit.

The Department of Energy declined to comment on pending litigation. A representative from SolarReserve could not be reached in time for publication.

On Oct. 4, NV Energy provided a notice of termination to the Crescent Dunes project. The power purchase agreement had originally been set to end on Dec. 31, 2040.

NV Energy spokeswoman Jennifer Schuricht said the project’s performance was not meeting the standards laid out within its contract.

“We have a responsibility to our customers to ensure the projects for which we have Public Utilities Commission of Nevada approval are delivering as contractually required,” Schuricht said in an email. “We will enforce its provisions diligently to protect our customers from any negative reliability and cost impacts as a result.”

The solar project was approved by the Nevada Public Utilities Commission in 2010, but took significantly longer to construct than company officials initially predicted. It didn’t enter commercial operations until November 2015.

Less than a year later, it shut down for eight months for repairs after a small leak in a molten salt tank. According to a June application from NV Energy, the frequent and prolonged outages at the plant reduced the expected amount of energy and credits by 50 percent this year and 25 percent in 2020 and beyond.

The report said NV Energy is positioned to meet its future credit commitments, but “given the size of the project, Nevada Power simply does not have enough credit reserves nor sufficient new renewable capacity in the pipeline to overcome lasting, multi-year credit shortfalls.”

According to the lawsuit, NV Energy argued that the project failed to meet its contracted energy levels because of “various issues” with a hot salt tank and “construction-related problems.” While Tonopah Solar Energy said the issues with the tank were unavoidable, SolarReserve pointed fingers at Cobra Thermosolar Plants — which helped engineer and construct the project — and its related entities.