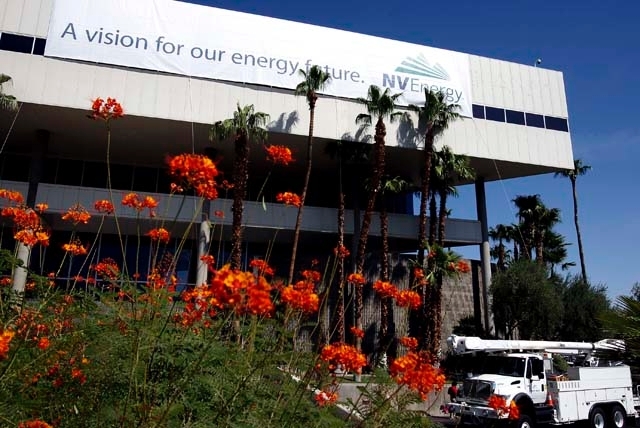 A big conglomerate consumes the local electric utility, and energy costs soar. And that’s what has actually happened with some operations of MidAmerican Energy Holdings Co., the Warren Buffet-owned company that on Wednesday announced its $10 billion buyout of NV Energy.

But you may not need to rewrite your household budget just yet. Officials with MidAmerican say PacifiCorp’s fundamentals don’t apply here, and if anything, local power costs may come down.

Nevada’s consumer advocate, disagrees, though, saying any decreases would only come after years of huge rate hikes.

Start with PacifiCorp’s back story. When Iowa-based MidAmerican bought the 1.6-million-customer business in 2006, it got an aging infrastructure, said Greg Abel, MidAmerican’s chairman, president and CEO. Power plants needed upgrades to cut emissions and boost efficiency. Distribution and transmission systems had to be improved for better reliability. And expiring 30-year-old power-purchase agreements needed to be replaced at current costs.

“In the various states we served, there was frustration with the lack of investment back into critical infrastructure that they felt was necessary,” Abel said.

No one can say NV Energy hasn’t invested in infrastructure. The company spent $4.3 billion from 2006 to 2011 to build, expand or buy eight power plants, more than doubling its generating capacity to 5,862 megawatts. The idea was for the company to own most of its power production so it wouldn’t be vulnerable to unpredictable wholesale power prices.

Today, the company has largely finished building. For an idea of how little new construction it expects, look at the resource plan it submitted to the state Public Utilities Commission in June. At $155.2 million — 93 percent of it for conservation programs such as refrigerator buybacks — it’s the smallest spending proposal in a decade. In contrast, the 2006 filing sought $2.3 billion, while the 2009 version looked for $925 million. Because the costs in those proposals are covered directly by rates, smaller investments mean smaller rate changes in the future. What’s more, any new projects would have happened with or without MidAmerican, and would require approval of the Public Utilities Commission, so MidAmerican simply can’t force up rates, said Michael Yackira, NV Energy’s president and CEO.

But if power bills don’t spike in 2014 or 2017, when NV Energy’s next general rate cases come up, that’s only because ratepayers have already felt the pain of overexpansion, said Eric Witkoski, the state’s consumer advocate.

So it’s not enough in Witkoski’s book to see rates hold steady. Rather, rates should come down when the company files its next general case in 2014.

Abel and Yackira said that could happen. It’s too early to estimate rate requests, but as power-purchase agreements expire beyond 2014, MidAmerican will hunt for lower-cost replacements, Abel said. He pointed to the company’s Iowa operation, where it recently filed a case that would cut rates by $10 million. Plus, MidAmerican’s strong credit rating should eventually bring lower borrowing costs to NV Energy, and that would mean a break for ratepayers who cover those expenses, Abel said.

Proposed state legislation could change the companies’ calculation on necessary investments, though. Senate Bill 123, which NV Energy dubbed “NVision,” would accelerate replacement of coal-fired power plants with new natural-gas plants and renewables. The law would also limit the Public Utilities Commission’s oversight of those capital investments. Witkoski said the plan is sure to cost consumers more than necessary because it would probably be less expensive to find a power-purchase agreement to replace lost generation than to build a new plant just for peak summer use.

If you’re thinking the law seems custom-written to make NV Energy a better buy for a company like MidAmerican, you’re not alone. It doesn’t help perceptions that Sen. Kelvin Atkinson, SB123’s sponsor, tweeted that Buffett called him after the buyout announcement. Sen. Mo Denis and Gov. Brian Sandoval also talked to Buffett Wednesday.

Neither Atkinson nor Denis responded to a request for comment. Sandoval said in a statement that he and Buffett discussed Buffett’s “admiration for Nevada and the many good reasons to do business here.”

Abel said MidAmerican had nothing to do with writing SB123.

“We haven’t provided any input on the bill, but we have been watching the discussion around it,” he said. “When you introduce legislation that creates a discussion around energy policy and a vision for what the state wants to accomplish, that’s always positive.”

He noted that the company’s merger filing with the federal Securitites and Exchange Commission specifically said NVision’s fate would not affect the buyout, and when the merger proxy statement comes out in 45 days, its detailed timeline of events will show that MidAmerican wasn’t involved in SB123.