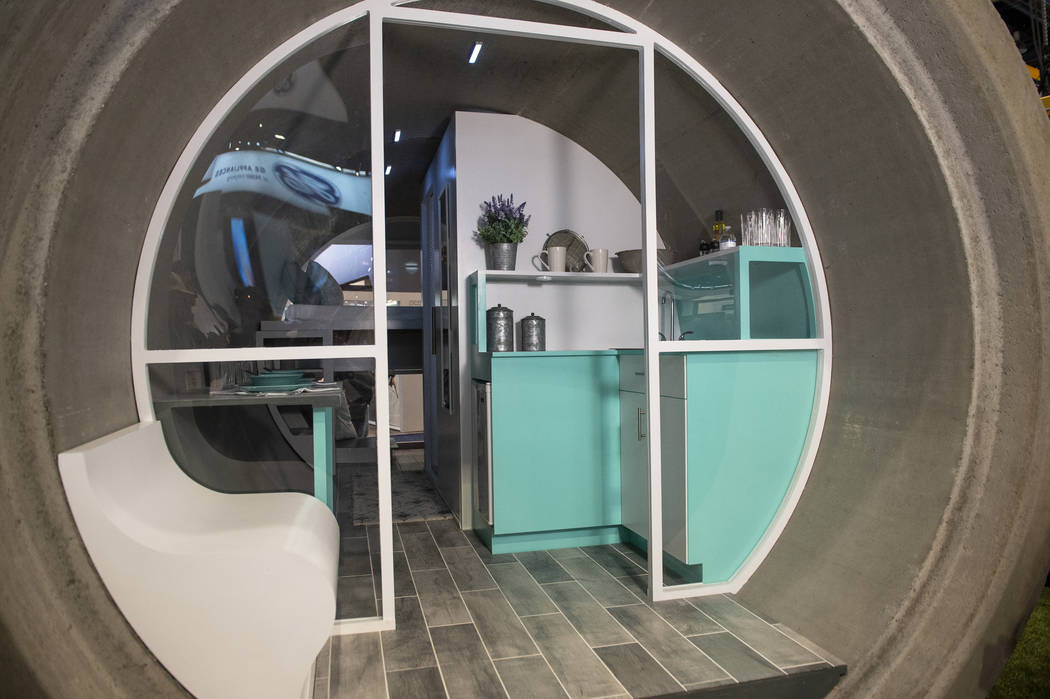 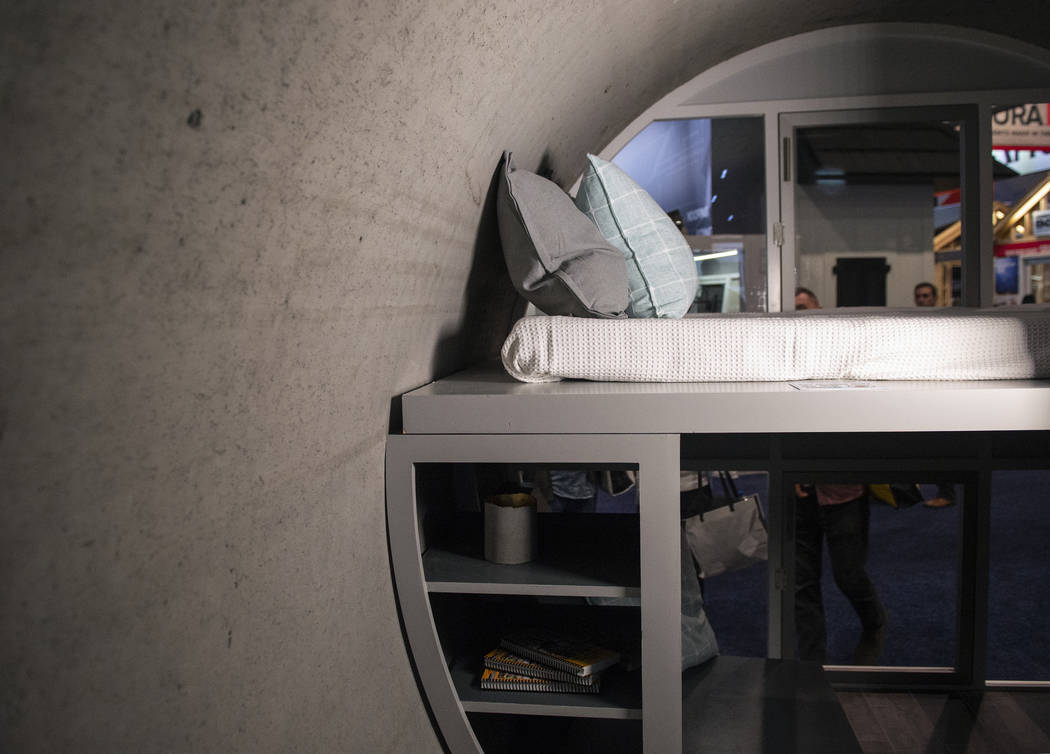 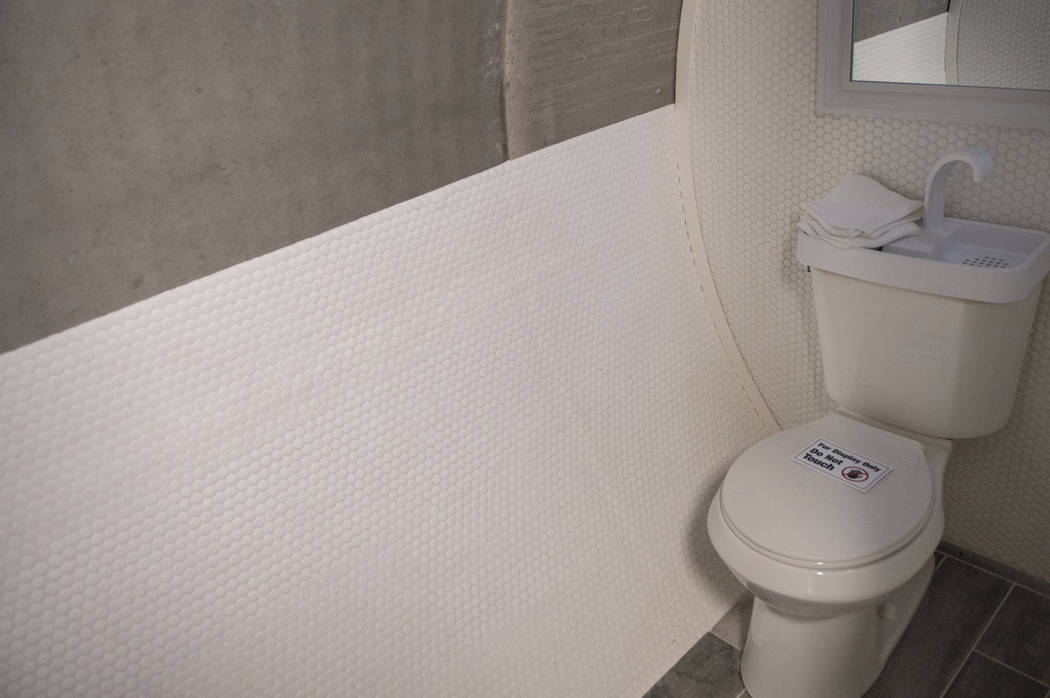 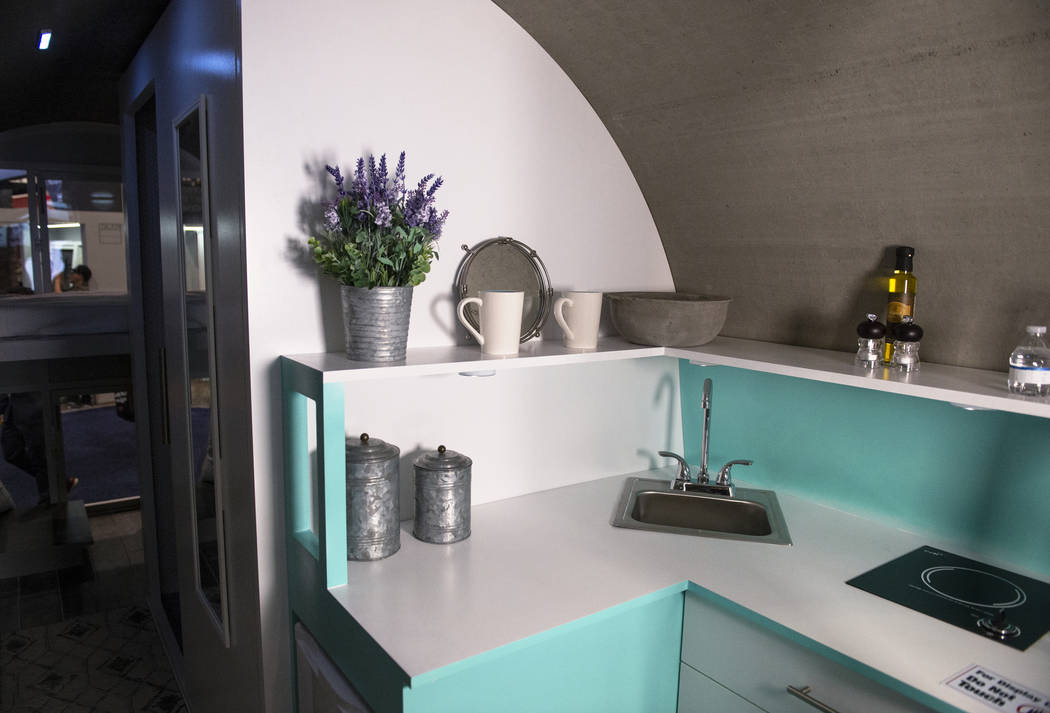 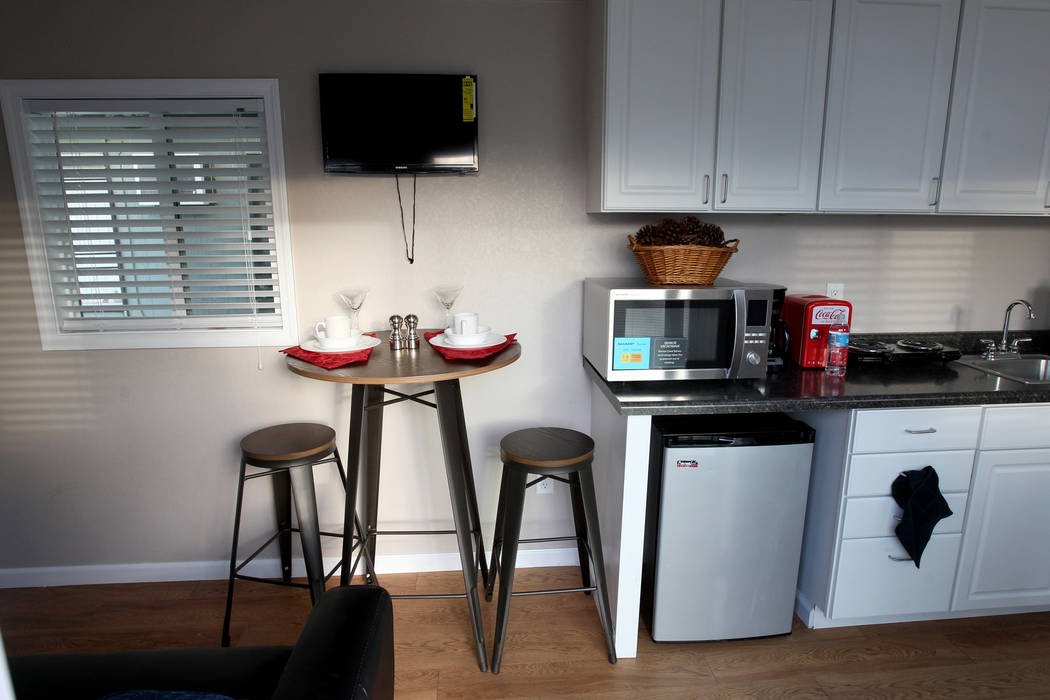 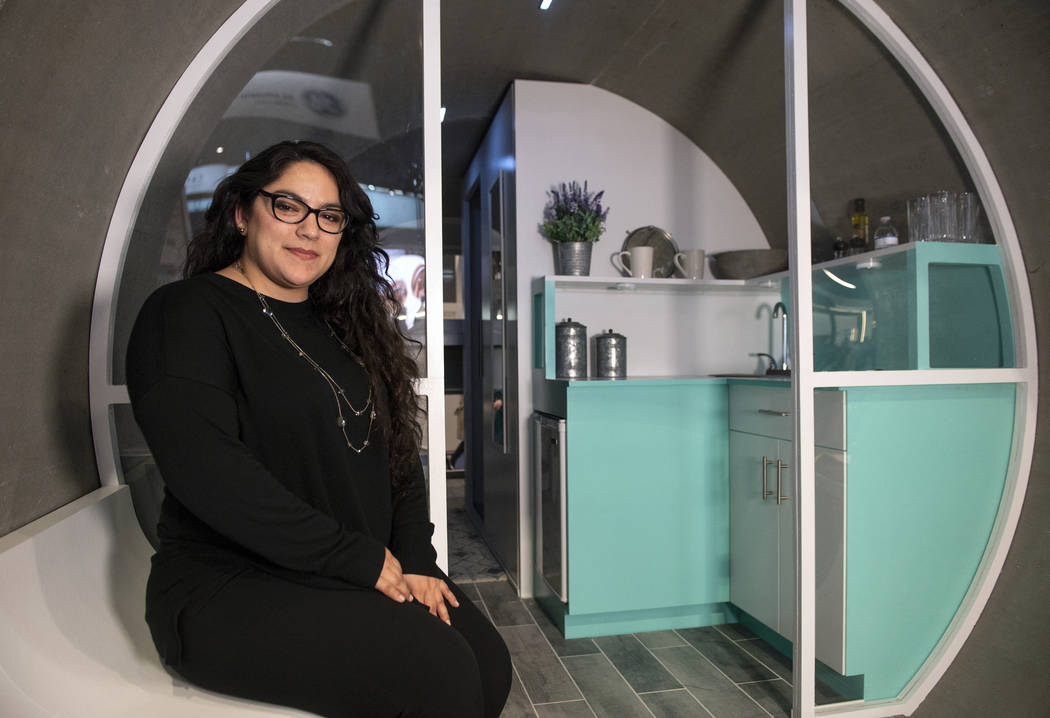 Sandra Guillen poses for a photograph outside of the home created as a part of the Rinker Materials Pipe Dream project at the Las Vegas Convention Center in Las Vegas, Wednesday, Feb. 20, 2019. (Caroline Brehman/Las Vegas Review-Journal) @carolinebrehman

When Sandra Guillen was growing up in Bolivia, her mom frequently warned her to study hard to create a better life, or she’d find herself living in a pipe under a bridge.

“I thought: Oh if I don’t study, what would my life be like living in the pipe?” Guillen, a 33-year-old architect, said this week at the International Builders’ Show at the Las Vegas Convention Center.

The fruit of that inspiration was on display on the showroom floor: a tiny, 85-square-foot home made out of a concrete construction pipe that Guillen’s backers believe could provide shelter for the homeless, those displaced by disaster and maybe even individuals looking for tight but affordable housing.

Guillen, a recent graduate of The Catholic University of America in Washington, submitted her design in November to a contest sponsored by Rinker Materials and the American Institute of Architecture Students. That led to the construction of the prototype pipe home.

“Most of the time, Rinker Materials makes more pipes than they need to, or there are extra ones and they don’t reuse them,” Guillen said. “It’s a great way to repurpose a pipe that is just sitting around.”

With more than 6,000 homeless counted last year in Clark County and nearly 1,500 people on the wait list for affordable housing, discussion of alternative forms of housing has been heating up.

Last month the county voted to direct up to $12 million a year in marijuana fees to build housing.

Clark County Commissioner James Gibson said that the county has identified federal land parcels that would be good for affordable housing, complementing Las Vegas’ efforts to provide services for the homeless at the courtyard complex.

Veterans Village in downtown Las Vegas has unveiled its vision for short-term housing inside a renovated shipping container. It expects to start construction of its first 10 units next week, CEO Arnold Stalk said.

“The solution is outside the government,” he said. “It needs to be developed by the private sector and then brought to the government.”

Rinker Materials also hopes to enter the conversion conversation with Guillen’s design, which it selected from more than 50 submissions.

Frank Owens, vice president of marketing for Rinker Materials parent company, The Quikrete Cos., said he is looking to partner with entities such as Las Vegas and Clark County, the Department of Housing and Urban Development and FEMA.

“It dawned on us that this would be a perfect structure for disaster relief, homelessness and, as we investigated further, potentially affordable housing,” Owens said.

Conference-goers crossed the cobblestone porch area to enter the 16-foot-long, fire-resistant pipe, which was assembled from four sections. The interior had a wooden frame, a kitchenette with a hot plate, a bathroom, living area and a combination bedroom-office.

The homes, which are durable and can be stacked, can be assembled in less than a day and cost about $14,000. The amenities in the prototype brought the total cost to about $35,000, a price that included a set of French front doors that were left off this model to give exhibit visitors easy access.

Guillen also created an ingenious sink that sits on top of the toilet so that the water used to wash dishes can be reused for flushes. She also installed planters on the left side for minigardens.

Owens said the company decided to look into using pipes as shelter after seeing how many families were affected last year during the wildfires in Northern California.

“It’s no pipe dream. We’ve proven the concept; now we have to make it more livable,” he said.

By that he means installing electricity and air conditioning in the cozy but comfortable space.

Stalk said he would be interested in comparing the pipe homes with his shipping crate models.

“I’d like to put one on my campus and work with our building department,” he said. “I’m open to all options. As a society, we have to start building and experimenting.”

“There’s millions of them on the planet that are just sitting around; that to me is the ultimate for recycling,” Stalk said. “We got to start thinking outside the normal box.”