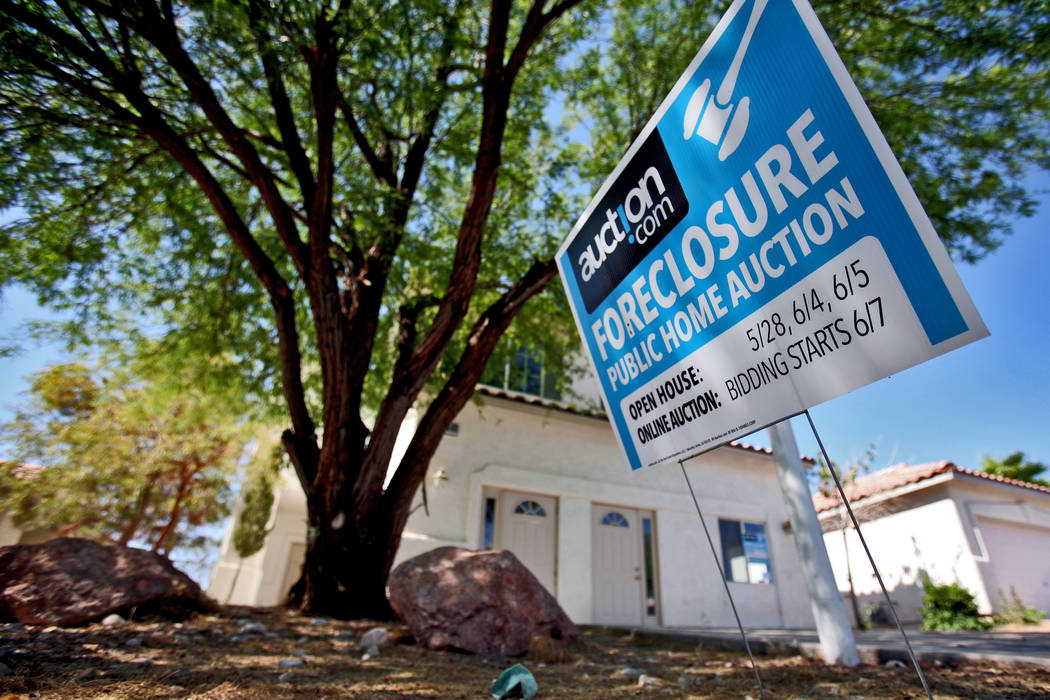 A foreclosed home in Las Vegas is shown in this file photo. (Jeff Scheid/Las Vegas Review-Journal)

Las Vegas’ foreclosure rate has dropped sharply from a year ago but remains higher than in most cities, a new report shows.

One in every 304 homes in the Las Vegas area received a foreclosure-related filing in the first quarter, down 29.5 percent from the same period last year, according to a new report from housing tracker Attom Data Solutions.

Nationally, one in every 569 homes received a foreclosure filing last quarter.

Las Vegas’ rate was 12th highest among 200-plus metro areas listed in the report. Atlantic City led the pack, with one in every 134 homes hit with a foreclosure filing.

Attom, based in Irvine, California and the parent company of RealtyTrac, counts default notices, scheduled auctions and bank repossessions for the report.