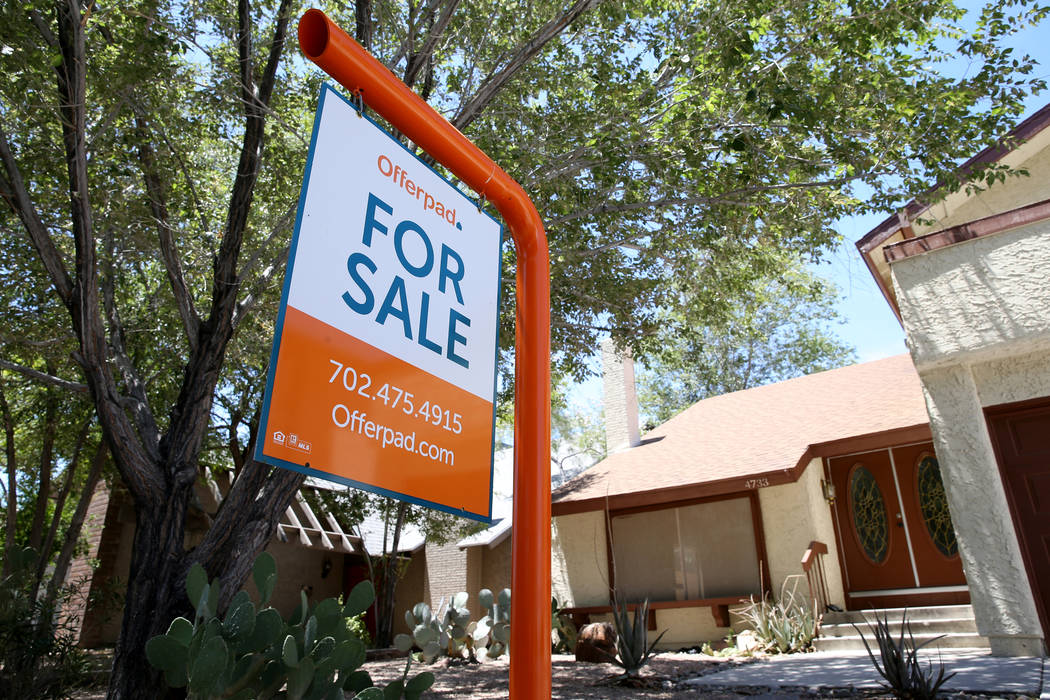 Home prices in the Las Vegas area rose at one of the slowest rates in the nation in November. (K.M. Cannon/Las Vegas Review-Journal) @KMCannonPhoto

Las Vegas home prices rose at one of the slowest rates in the nation in November, a new report shows, underscoring the market’s cooldown last year.

Southern Nevada prices were up 2.6 percent year over year in November, compared with 3.5 percent nationwide, according to the S&P CoreLogic Case-Shiller index released Tuesday by S&P Dow Jones Indices. Las Vegas ranked the fourth-lowest for price growth, ahead of only New York (0.8 percent), San Francisco (0.5 percent) and Chicago (0.4 percent).

A volatile market prone to hot and cold streaks, Las Vegas had spent two years in the No. 1 or No. 2 slots on the Case-Shiller list before it tumbled toward the middle of the pack in August.

Some people might view the low ranking negatively, but smaller price jumps are “probably a good thing for the housing market overall,” he said, as buyers can better afford a place.

Southern Nevada’s housing market hit the brakes in 2019 after a heated stretch sparked affordability concerns. It ended the year with a burst of resales in normally slow December, but overall, prices rose at a slower pace in 2019, sales totals dipped and the tally of available listings climbed much of the year.

Nationally, high-cost markets had the biggest slowdown in price growth from a year ago, with prices “almost stagnant” in San Francisco and New York, Frank Nothaft, chief economist at housing tracker CoreLogic, wrote in a blog post Tuesday.

However, prices grew faster for less-expensive homes in nearly all cities, “highlighting the strong demand for affordably-priced homes and the limited supply available for sale in that price tier,” he wrote.

Phoenix, with a 5.9 percent price jump, posted the fastest year-over-year growth among the 20 markets in the Case-Shiller report.

But a shortage of homes for sale “poses a looming threat to the housing market,” he said, adding that more are needed to ensure price growth is “sustainable” and doesn’t spark “another period of overheated growth that ultimately turns away more buyers than it attracts.”