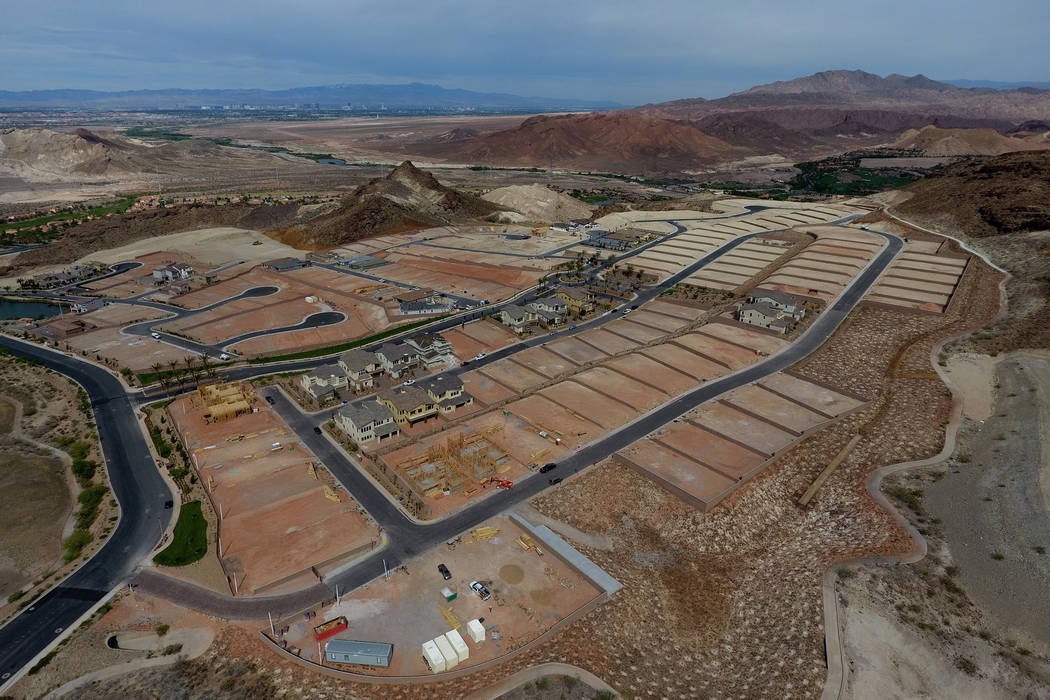 Las Vegas homebuilders have booked a sharp rise in sales this year, and there are “no signs of it slowing,” a new report says.

Builders closed 831 new-home sales in Clark County in March, bringing the year’s tally to 2,023. That was up 33.5 percent from the same three-month period last year and the most first-quarter sales since 2008, according to Home Builders Research.

Sales prices have been hovering near record levels for the past year or so, the report said, and March was no different.

Builders also pulled 907 new-home permits in March, putting the year’s total at 2,237. That was up 8.9 percent from same period last year and the most first-quarter permits since 2007.

“Very few expected this much of a change in consumer demand,” they wrote. “How long this pace will continue is uncertain, but there are certainly no signs of it slowing.”