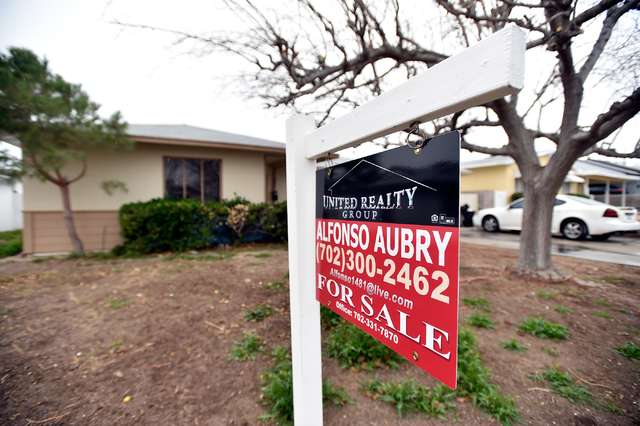 A for sale sign is displayed in front of a downtown home Tuesday, Jan. 19, 2016, in Las Vegas. (David Becker/Las Vegas Review-Journal)

Las Vegas remains one of the most popular places in America to flip houses, and profits are rising, but investors can make a lot more money elsewhere with the tactic, a new report shows.

Attom, based in Irvine, Calif., defines a flip as selling a home within a year of buying it.

Such profits account for sales and purchase prices but not renovations or other expenses the flippers may have incurred.

House flipping was a hallmark of the bubble years last decade, when investors, backed by easy money, bought homes with ease and sold them for profit a short time later, helping inflate property values to record levels until they burst and the economy crashed.