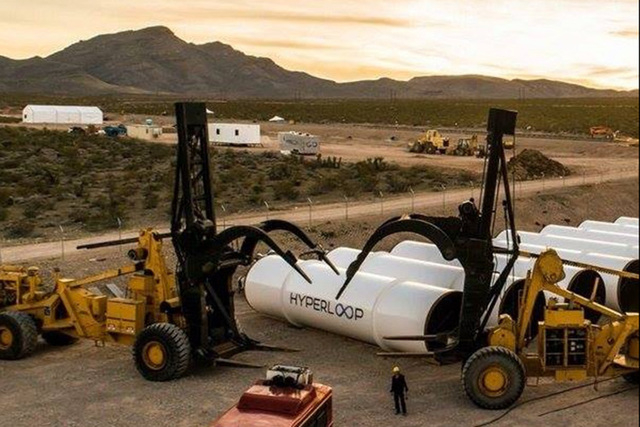 The company that is proposing to build a transportation system that would whisk passengers and freight at more than 600 mph through high-pressure tubes is expected to win $9.2 million in economic incentives from the state.

Executives with Hyperloop Technologies, which late last year announced plans to build an outdoor test track at Apex, will appear before the Governor’s Office of Economic Development on Friday and work to convince the 11-member board to award it sales, business and property tax abatements as well as a $750,000 catalyst-fund tax credit.

It probably won’t take much convincing, since Hyperloop qualifies in every job creation, wage and capital investment requirement mandated by the state.

The company promises initially to hire 89 people at an average wage of $29.19 an hour and invest $121.6 million in facilities and equipment.

Hyperloop is the second transportation-oriented company planning facilities at Apex. In December, Faraday Future, a California-based electric car company, announced plans to build a manufacturing plant in the industrial park off Interstate 15 and U.S. Highway 93 northeast of Las Vegas, which is within the jurisdiction of the city of North Las Vegas.

Hyperloop is being assisted by the Las Vegas Global Economic Alliance in its application for incentives, which generally require a company to deliver on performance-based job creation and investment before being allowed to defer payment on a percentage of its taxes.

Hyperloop’s application to the state estimates that over 10 years the project would support 214 jobs and $113.5 million in payroll. It also would add 22 construction jobs paying out $1.4 million over that time.

The state estimates that direct and indirect employee presence would generate $11.7 million in new state and local tax revenue over 10 years, meaning that the company’s presence would result in $31 in economic impact and $1.27 in new taxes for every abated dollar.

The company’s next step in development is for the construction of the Hyperloop Safety, Test and Development Loop, called the “Nevada DevLoop” by company executives. It’s a two-mile full-scale test track that would include the high-pressure tubes and their pod compartments that could carry passengers or goods. A 20,000-square-foot test facility also is planned.

Company officials say Hyperloop is an environmentally friendly transport system that could be built above, below or at ground level and tubes could also be built underwater. The system is designed so that a pod could potentially be launched every 10 seconds assuring high-volume transport.

Initial construction began in December, and the company expects to complete construction by September. Testing is slated to begin by November. The test facility would operate seven days a week for up to 24 hours a day. Markets in Europe, Asia and the United States are under consideration for the first working transport system.

The company also indicated that other Hyperloop facilities would be considered in Nevada if the test facility is built.