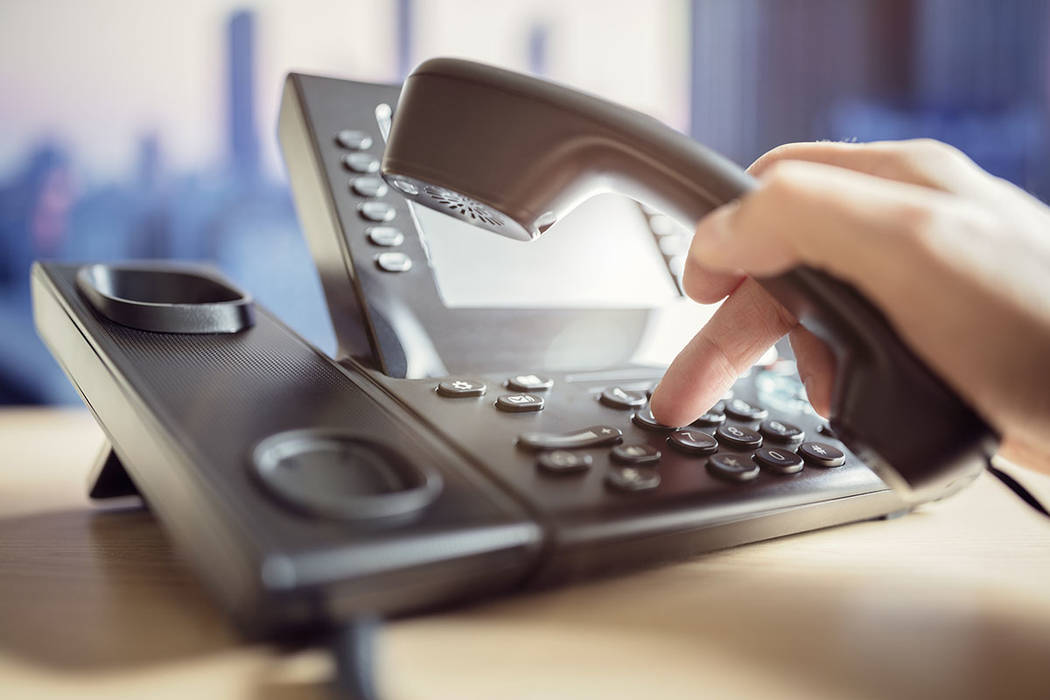 Las Vegas has had phones since 1907. The first phone, with the telephone number of 1, was installed in an office at what is now the Golden Gate downtown.

In the past few years, CenturyLink has experienced a decrease in landline customers, company spokesman Mark Molzen said. Customers have focused on the company’s internet connection products. He declined to provide more specifics.

Helping to keep home phones relevant for CenturyLink customers is a package bundling internet and a landline for at least $85 a month.

Cox has offered landlines in Las Vegas since November 2005, according to marketing materials from the time. The company declined to provide information on customer or product numbers because it is privately held.

In December 2016, 436,000 Clark County residents and 370,000 businesses or government agencies had landlines, according to Federal Communications Commission data.

By FCC numbers, 61 percent of houses in the county had home phones.

That number has decreased since June 2014, when 474,000 residents had home phones, comprising 66 percent of houses in the county. The number of businesses or government agencies with home phones was 339,000.

But comparable counties to Clark have shown faster drops in landline use. The county housing San Bernardino, California, went from 65 percent of houses with a landline in June 2014 to 56 percent in December 2016.

The county housing Riverside, California, went from 71 percent in June 2014 to 59 percent in December 2016.

In December 2016, Nevadans had 2.98 million cellphones, and 582,000 Nevada households had home phones, according to FCC data.