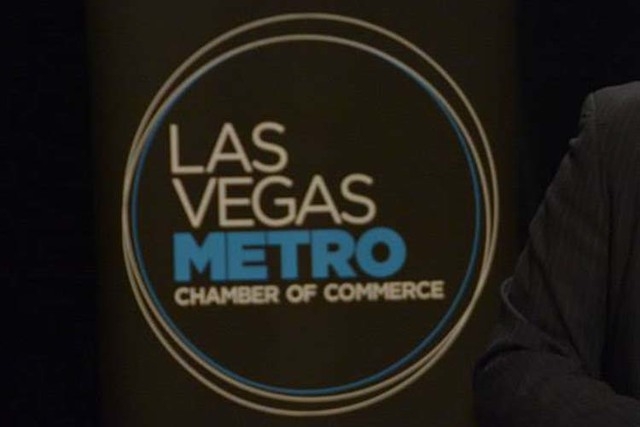 The Las Vegas Metro Chamber of Commerce has a new battle plan in its fight to keep members insured.

Mandates in the Affordable Care Act are forcing the chamber to surrender its group-health policies. In their place, the association will launch a private health insurance exchange for its 5,000 members. Chamber Health Options is scheduled to go live midmonth as perhaps the first — but probably not the last — private exchange for a business organization based in the Silver State.

“Part of our mission is to help our members not only do business with each other, but to have access to resources that are reliable, affordable and helpful to them,” chamber President and CEO Kristin McMillan said. “This (health insurance) has been an integral benefit to what we do at the chamber, and we needed to take this new environment we’re facing and find a way to continue to provide these services.”

The chamber’s new online marketplace isn’t just a bid to keep health care benefits on which thousands of members rely. It’s also an alternative to Nevada Health Link, which continues to face technical glitches in coverage and billing.

“It absolutely puts us in competition with the (state) exchange,” said Bill Wright, president of Chamber Insurance and Benefits, the firm that administers the group’s health plans.

The chamber is the first local professional association in Nevada to launch a major insurance exchange, Wright said.

“We’re really breaking new ground,” Wright said. “We’re leaders in what should be a trend in Nevada.”

The trend is already growing nationally. Virginia-based Associated General Contractors of America on Aug. 25 announced its AGC Alternative exchange for its 30,000 member companies. Washington, D.C., hospitality group Industree said in July that it would open an exchange targeted at bars and restaurants. And the National Association of Realtors unveiled in mid-2013 the Realtors Insurance Marketplace for its 700,000 members.

The march toward private exchanges has become marked enough that New York benefits consultant Mercer estimated in February that a third of Americans will buy coverage through the marketplaces by 2020. A May study from research company S&P Capital IQ found 90 percent of the companies in the Standard &Poor’s 500 could make the shift in the next six years. One of the highest-profile American businesses to embrace private exchanges is drugstore giant Walgreens, which announced in September 2013 that it would roll out a marketplace for its 160,000 employees.

Officials with Nevada Health Link didn’t sound too alarmed about competition from Chamber Health Benefits or other private marketplaces.

“As we have reiterated in the past, our priority is for all Nevadans to have the ability to choose and receive affordable health insurance, and the exchange welcomes the possibility of expanding those opportunities for our citizens,” spokesman Tyler Klimas said.

To see how Chamber Health Benefits might expand those opportunities, look first at how it will work.

The chamber has chosen exchange software that has served two national retailers and their employees for the past six years, Wright said. (He declined to name the retailers, administrators or insurers involved until after the chamber talks with all of its brokers about the changeover.)

Because the exchange the chamber is working with is certified by the federal government to provide tax credits to buyers, Chamber Health Benefits will be able to offer the subsidies Nevadans could previously get only by buying through Nevada Health Link, Wright said.

But offering tax credits was one of the last things on chamber officials’ minds when they first began meeting with federal officials in 2013 to mull options. About 1,600 member businesses with 16,000 employees had the chamber’s group coverage. The plans allowed small businesses to reap the purchasing power of thousands.

Under the Affordable Care Act, though, there were a few catches. The law bans caps on benefits payouts, which the chamber’s plans — like most plans pre-Affordable Care Act — had. The law also prohibits limits on coverage for mental health and substance abuse, something else the association’s group policies had.

With a third of its member businesses buying its health coverage, the chamber needed another approach.

“For us to not provide a health insurance benefit to our membership was not an option for us,” McMillan said. “It is just such a great benefit.”

For members who don’t qualify for a federal tax credit, Chamber Health Solutions doesn’t seem much different from buying individually — shopping directly with insurers and buying coverage on one’s own, without group-plan administrators to negotiate benefits and premiums. So to help keep members in its system, the chamber is offering advantages its previous group coverage didn’t provide.

For starters, sole proprietors with no employees will be able to buy a plan through the chamber for the first time, Wright said. The chamber will also debut self-funded plans with lower premiums for companies with more than 50 people. The two niche products will expand access to chamber plans beyond just companies with two to 49 workers.

And unlike shopping on the individual market, people who buy through Chamber Health Options will be able to enroll not just in health insurance, but also vision, dental, life and disability coverage, Wright said.

Chamber officials said they also plan to hold a series of workshops to help members understand their coverage options. The initial workshops are scheduled at 7:30 a.m. and 4:30 p.m. Oct. 2 in the SpringHill Suites at the Las Vegas Convention Center.