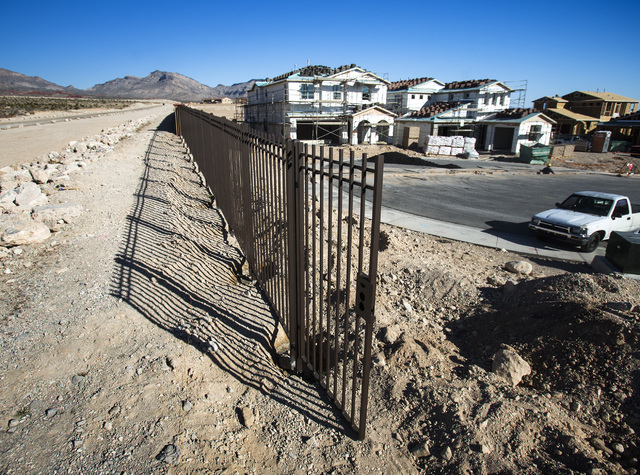 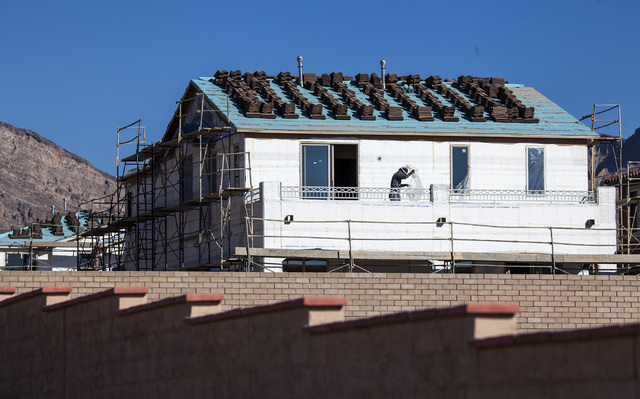 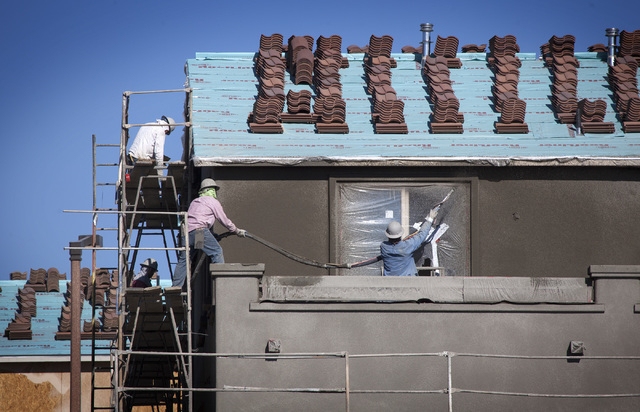 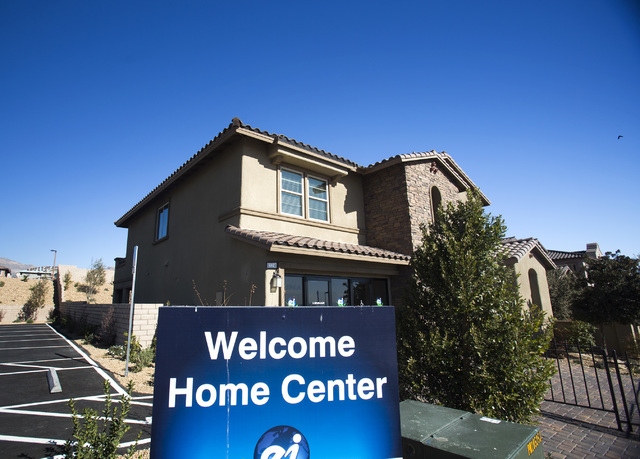 Model homes in the Paseo community at Summerlin are seen Tuesday, Feb. 25, 2014. Home price fell in December according to the latest Standard & Poorճ/Case-Shiller 20-city home price index. Las Vegas home prices and those in five other cities showed gains for the month. (Jeff Scheid/Las Vegas Review-Journal)

But home prices in Las Vegas and five other cities bucked the trend and rose during the month. Las Vegas also paced the nation for annual gains.

The Standard & Poor’s/Case-Shiller 20-city home price index declined 0.1 percent from November to December, matching the previous month’s decline. The index is not adjusted for seasonal variations so the dip partly reflects slower buying as winter weather set in.

For all of 2013, however, prices rose by a healthy 13.4 percent, mostly because of big gains earlier in the year. That was the largest calendar year gain in eight years. But the year-over-year gain slowed from November’s 13.7 percent pace. That’s only the second time that year-over-year increases have declined since prices began recovering two years ago.

The figures come after other reports show that home sales and construction have slowed after strong gains last year. Most economists expect the housing recovery will continue this year, though likely at a slower pace.

The Case-Shiller index covers roughly half of U.S. homes. The index measures prices compared with those in January 2000 and creates a three-month moving average. The December figures are the latest available.

“Gains are slowing … and the strongest part of the recovery in home values may be over,” said David Blitzer, chairman of the S&P’s index committee. “Higher home prices and mortgage rates are taking a toll on affordability.”

Even some cities in warmer areas saw declines. Home prices in Phoenix fell 0.3 percent, the first drop after 26 months of big increases.

Besides Las Vegas, the five cities with monthly increases were Dallas, Miami, San Francisco, Tampa, Fla., and Washington, D.C. The price increase in Las Vegas was a modest 0.41 percent for December.

On an annual basis, home prices in all 20 cities rose, led by gains of 25.5 percent in Las Vegas and 22.6 percent in San Francisco. Cleveland showed the smallest increase at 4.5 percent.

The year-over-year gauge, which uses records dating back to 2001, provides better indications of trends in prices, according to the S&P/Case-Shiller group. The panel includes Karl Case and Robert Shiller, the economists who created the index.

Mortgage rates are roughly a full percentage point higher than they were last spring, although they remain low by historical standards. Mortgage buyer Freddie Mac said last week that the average rate on the 30-year loan is 4.33 percent.

Sales of existing homes plunged in January to the slowest pace in 18 months. And builders broke ground on 16 percent fewer homes in January compared with December, the Commerce Department said this week. That was the second straight decline.

The declines came after existing home sales reached 5.1 million in 2013, the best showing in seven years. And builders started work on 976,000 houses and apartments last year, the most in six years.

Some economists say the Case-Shiller figures overstate recent price gains because they include foreclosures. Foreclosed homes usually sell at steep discounts. As the proportion of those sales declines, the index rises more sharply.

Other indexes that exclude foreclosures show smaller but steady increases. 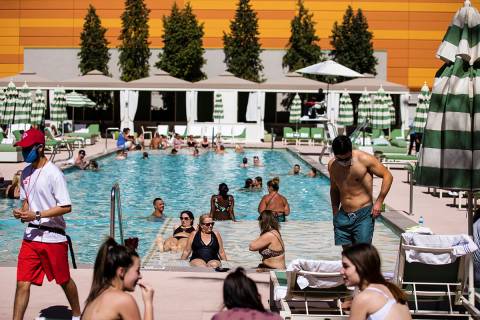