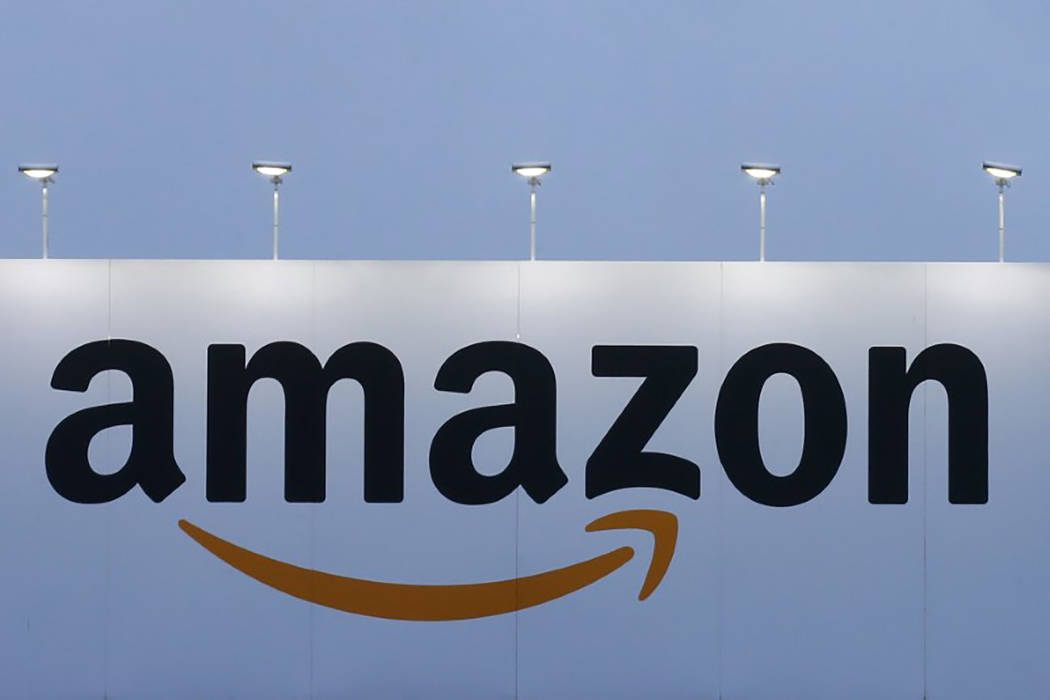 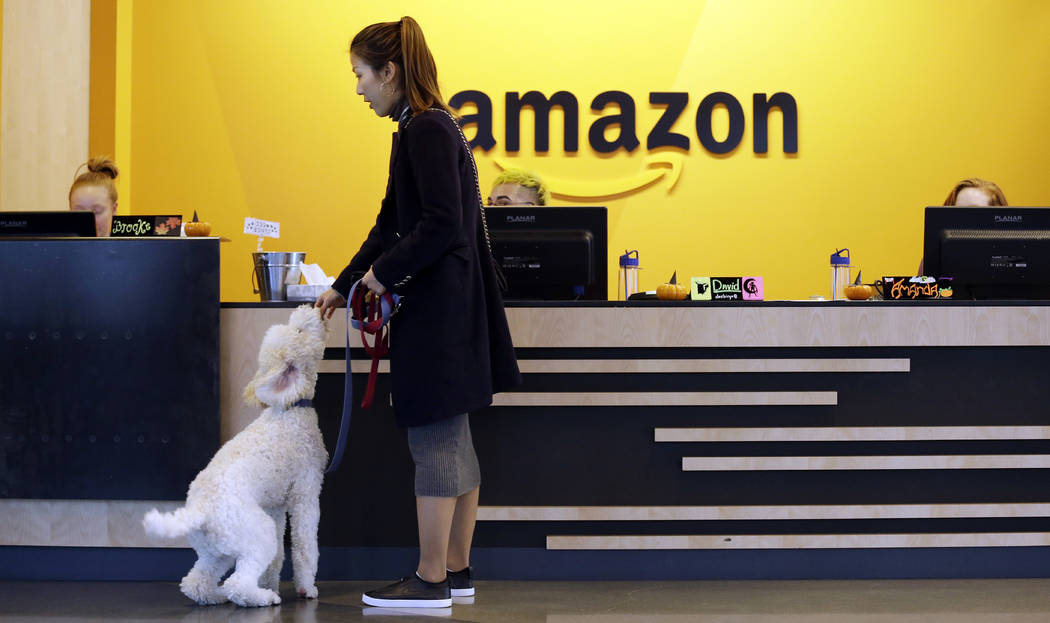 An Amazon employee gives her dog a biscuit as the pair head into a company building, where dogs are welcome, in Seattle. (Elaine Thompson/AP)

A handful of state and local government agencies for Southern Nevada have submitted a bid to bring Amazon’s second headquarters to the Las Vegas area.

Thursday was the deadline for electronic and hard copies of proposals sent to Amazon’s Seattle location.

Amazon wants buildings at least 500,000 square feet in size and undeveloped sites that measure about 100 acres.

It plans to hire as many as 50,000 full-time workers and invest $5 billion in construction and operation of the new location, which it is calling Amazon HQ2.

A nearly five-minute promotional video was uploaded online Thursday by the Las Vegas Global Economic Alliance, one of the government agencies that worked on the proposal.

The video was delivered to Amazon with the proposal and shows scenes on the Strip, inside the headquarters of data center company Switch and on the rink of Vegas Golden Knights NHL games.

About 15 seconds of the video references the Las Vegas Strip shooting on Oct. 1.

“Our community is extremely strong and resilient,” a voiceover says. The video includes images of the memorial crosses for the 58 people killed in the shooting and photos that include the social media slogan #VegasStrong that started after the shooting.

“Recession, housing crisis and, yes, tragedy have all let brief moments define us,” the narration continues. “But everyone here knows that nothing will keep this city down. We are indeed Vegas strong.”

Other companies featured in the video include Caesars, Cosmopolitan, Station Casinos, Amazon subsidiary Zappos and Virgin Hyperloop One, which is building an experimental mode of transportation near North Las Vegas.

While the valley may not be known for highly skilled workers like other metropolitan areas, the local workforce is productive, diverse and draws from the region, Peterson said.

“This is a very public process; communities around North America have sent in their best bids,” he said. “This gave us the chance to speak as one community.” 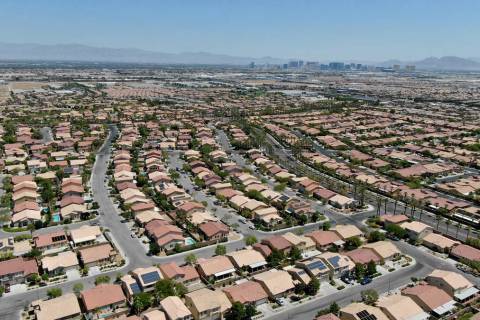