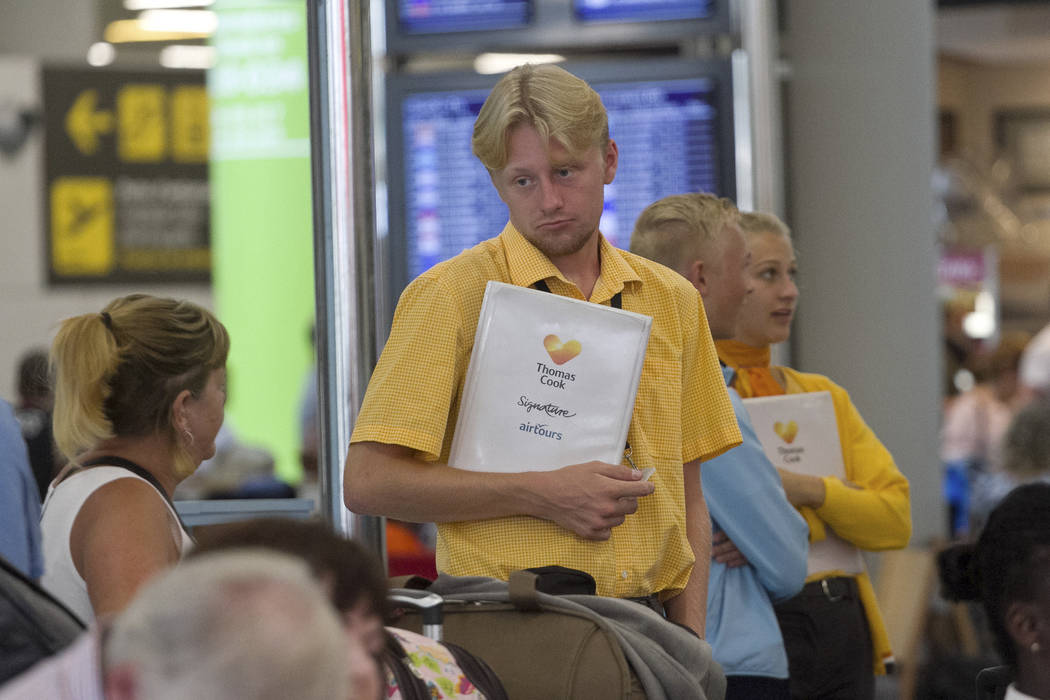 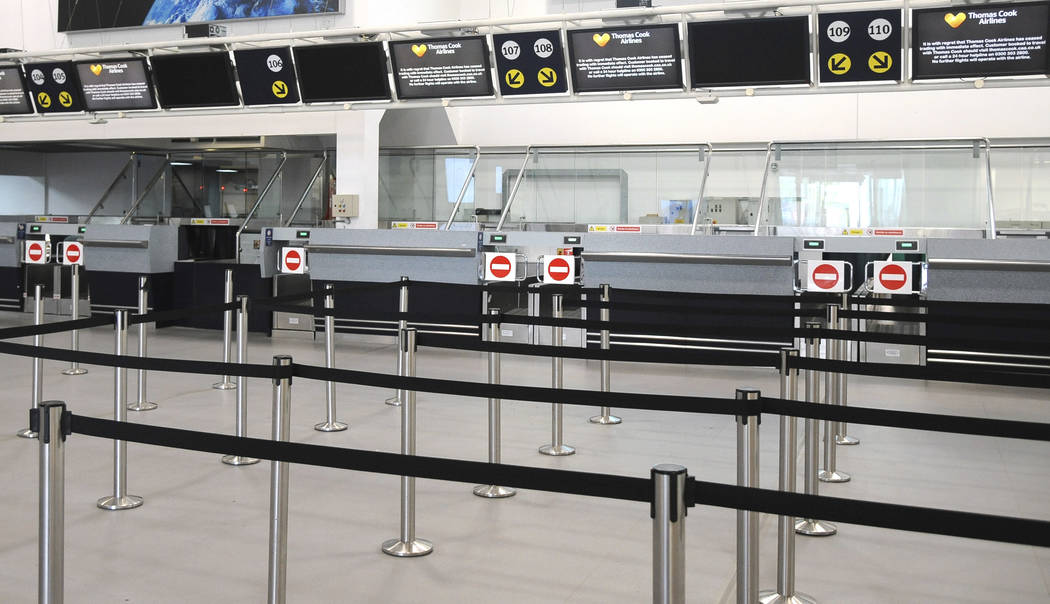 Specific problems of its own, like a 1.6 billion-pound ($2 billion) debt pile, made it less able to react to change.

It all added up to a perfect storm that led the 178-year-old company to cease operations early Monday, stranding hundreds of thousands of travelers.

Analysts said Thomas Cook, which rode a package holiday boom that started in the mid-1980s, was too slow to react as consumers moved away from buying trips at bricks-and-mortar stores.

It has been overtaken by online services like Airbnb and internet travel companies who may separate or combine hotel, rental car and flight offerings, which puts pressure on prices through comparison shopping.

“The company has struggled to adapt to a changing travel and retail environment,” said Michael Hewson, chief market analyst at CMC Markets UK.

The company did push into online business, with 48% of its bookings from the internet as of last year. But not fast enough. Online rivals, meanwhile, didn’t have to bear the costs of owning 200 hotels, 500 travel agency shops and 105 airline jets, but acted as middlemen.

Thomas Cook Group PLC isn’t alone in facing such pressures. Competitor TUI Group AG, based in Hannover, Germany, has shifted its focus from tour operators to its own cruises and hotels.

But other factors laid into the British travel company.

Company officials have cited uncertainty over Brexit, both from consumers worried about its impact on their finances and from the timing, given that one unfulfilled deadline for Britain to leave the EU fell on March 31, just days before the heavy European Easter holiday travel season this year. Travel agents had to issue guidance on what would happen in case of a no-deal Brexit. Brexit has meanwhile sent the pound lower, given British travelers less purchasing power.

After 2010, the Arab Spring revolts discouraged travel to previous U.K. favorites such as Egypt and Tunisia. Travel companies shifted their focus to the Western Mediterranean, such as Spain’s Canary Islands, only to see demand for some of those locations then dwindle.

The company’s reputation suffered after the 2006 deaths of two customers in Corfu, Greece, from carbon monoxide poisoning. The case dragged out for years and Thomas Cook would end up being told by a coroner it “breached its duty of care.”

As the company struggled to reshape its business in the new environment and cut costs it was hit with an unusually warm summer in 2018, which it said led travelers from the U.K. and Scandinavia to put off plans to head for warmer destinations. When they did decide at the last minute, the sector of the market that focuses on late decision makers turned out to be fiercely competitive on price.

“The group, like its peers, has suffered from a perfect storm of turbulence, from political unrest and terrorism at some of its most popular destinations, to unusual weather patterns seeing travelers taking ‘staycations’ and the ever present Brexit uncertainty devaluing the pound and putting consumers off from booking holidays,” said Helal Miah, investment research analyst at The Share Centre.

“While other travel groups have suffered from these factors, Thomas Cook’s pile of debt is the differentiating factor,” said Miah.