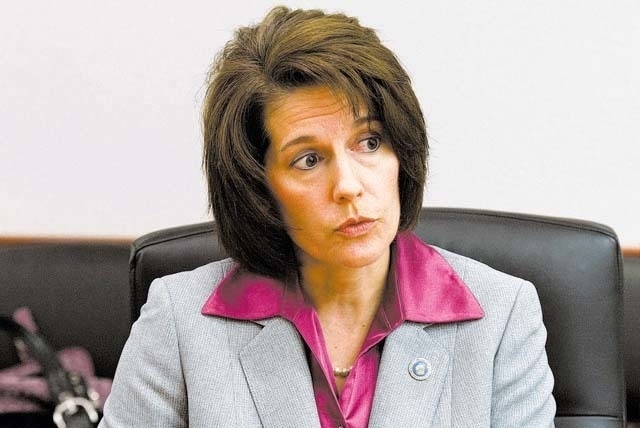 The Nevada attorney general’s office has been sanctioned by a judge and could be forced to pay as much as $1 million in legal costs incurred by a company it accuses of fraud.

Clark County District Judge Elizabeth Gonzalez ruled Thursday that the state must pay the legal expenses of Lender Processing Services Inc. after failing to comply with court orders to produce evidence that would back up allegations of wrongdoing first made on Dec. 16, 2011.

Company attorney Mitchell Berger on Thursday ticked off points of the government’s case. He said the state had failed in pretrial discovery to produce hard evidence to back allegations that Lender Processing paid kickbacks to other attorneys to pursue foreclosures, committed forgery when signing documents and had targeted the elderly.

“This goes on and on,” he said. “At some point, this behavior must be stopped.”

In court papers, the state argued that it had handed over “all but a fraction of its documents” demanded by Lender Processing, plus more than 100 pages of facts gleaned from witnesses who complained about the company’s tactics.

The attorney general’s office did not respond to requests for comment on the judge’s ruling.

As the self-described leader in furnishing technology and services to the mortgage industry, Lender Processing became a national target as robo-signing complaints soared with a recession-driven surge in homeowner defaults.

Robo-signing is the practice of pushing foreclosure documents through the system without going through legally prescribed steps and having paperwork signed by people who lack the legal authority to do so.

The state has compiled more than 70,000 alleged violations of the Deceptive Trade Practices Act based on documents the company turned over in August.

On the day Nevada Attorney General Catherine Cortez Masto hit Lender Processing with a 44-count complaint, her office issued a statement accusing the company of running “an assembly-line sweatshop, churning out documents and foreclosures as fast as new requests came in and punishing network attorneys who failed to keep up the pace.”

But Berger contended that the people who signed on the company’s behalf had all been granted signatory power, a common practice in business. By definition, he said, that knocked out any forgery claims.

“They got out their press release on this, and, believe me, it hurt this company,” he said.

Lender Processing’s stock dropped $3.04 a share, or 14 percent, the day Masto issued her statement. The company since has been taken over by Fidelity National Financial Inc.

Berger acknowledged that Nevada wasn’t alone in accusing the company of wrongdoing but said, “We paid our speeding tickets in 49 other locations and with federal government.”

The company has secured deals in all the cases except the one in Nevada, Berger said. As a result, the company set aside a reserve of $223 million to cover settlements with both state attorneys general and the U.S. government, with the latter including a nonprosecution agreement.

The Nevada case continues, Berger said, “because they have a class-action law firm running this. The attorney general is not running this.”

The state’s court papers are co-signed by the New York law firm Cohen Milstein Sellers &Toll. The home page of the firm’s website quotes one publication that described it as a firm “for lawsuits with a strong social and political component.”

In the past, Masto called “groundless” suggestions that the state had in effect outsourced the litigation.