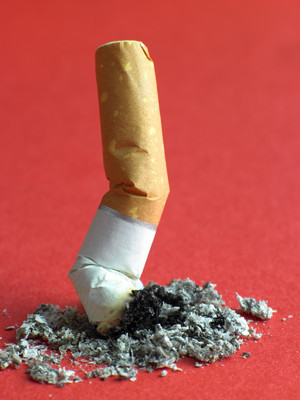 Gaming’s had it tough in Las Vegas lately.

The state collected 14.5 percent less money in gaming taxes in September than it hauled in a year earlier.

But officials in some states would love to have fared so well.

Thanks to smoking bans initiated in early 2008, Colorado and Illinois have sustained major dips in gambling revenue, according to experts on a panel Wednesday at the Global Gaming Expo.

In the Land of Lincoln, gaming revenue has trended downward all year, including a 25.6 percent drop year over year in October, said Wes Ehrecke, president of the Iowa Gaming Association.

Illinois’ decline has happened even as gaming revenue in neighboring Iowa, where there’s no smoking ban in casinos, rose or stayed steady from January to October, Ehrecke said.

If there’s any positive news for the folks in Colorado and Illinois, it comes from the other side of the globe.

Though slot revenue inside individual casinos immediately fell anywhere from 8 percent to 12 percent, gambling halls bounced back after two years to four years.

The key to surviving, said Downey, was advance notice.

Properties in Australia typically had two years or more to adjust to pending bans. They used the lead time to launch marketing efforts, communicate with customers about the change, build upscale smoking balconies and install advanced air-conditioning systems.

Colorado casinos, for example, had six months’ notice. Most casinos already had their marketing materials printed up more than six months out, Rice said.

Nor could the Colorado Legislature have picked a worse time for the ban, which exempted the state’s tribal casinos. The economic downturn and record gasoline prices joined the smoking ban to form a “perfect storm,” Rice said.

Casino operators have invested $2 million in heated smoking patios, and they’ve mounted “extensive” marketing efforts. Still, gaming-tax collections through the first three quarters fell 15.7 percent, from $86.8 million in 2007 to $74.8 million in 2008. For the full year, experts forecast collections of $75 million to $80 million, down from $100 million in 2007. That will mean less money for the historic preservation initiatives that casino dollars fund in Colorado.

“Don’t believe the anti-smokers’ rhetoric that the population of nonsmoking gamblers will replace the smokers who leave,” Rice said. “It’s not true. It’ll never happen. And don’t let the states say there’ll be no impact at all. If you’re facing a ban, just keep your Legislature educated as to the economic impacts.”

Economic impacts have stayed top-of-mind for casino operators in Atlantic City, where a smoking ban has wandered through several iterations.

What started in April 2006 as a smoking ban with a casino exemption became in April 2008 a 100 percent ban on smoking wherever people gamble.

Lawmakers suspended that ban for a year beginning Sunday because of the ailing economy. The law now allows smoking on 25 percent of a casino’s floor.

When policymakers reconsider the ban in 2009, Joe Corbo, vice president and general counsel of Boyd Gaming Corp.’s Borgata and president of the Casino Association of New Jersey, hopes they understand that smoking bans aren’t simply about employee and consumer health.

Health is important. But competitive issues are vital, too. Atlantic City must vie for customers with casinos in Pennsylvania and Connecticut, neither of which has an extensive smoking ban. And while some casino workers support the ban, others oppose it because they worry about potential declines in income and tips.