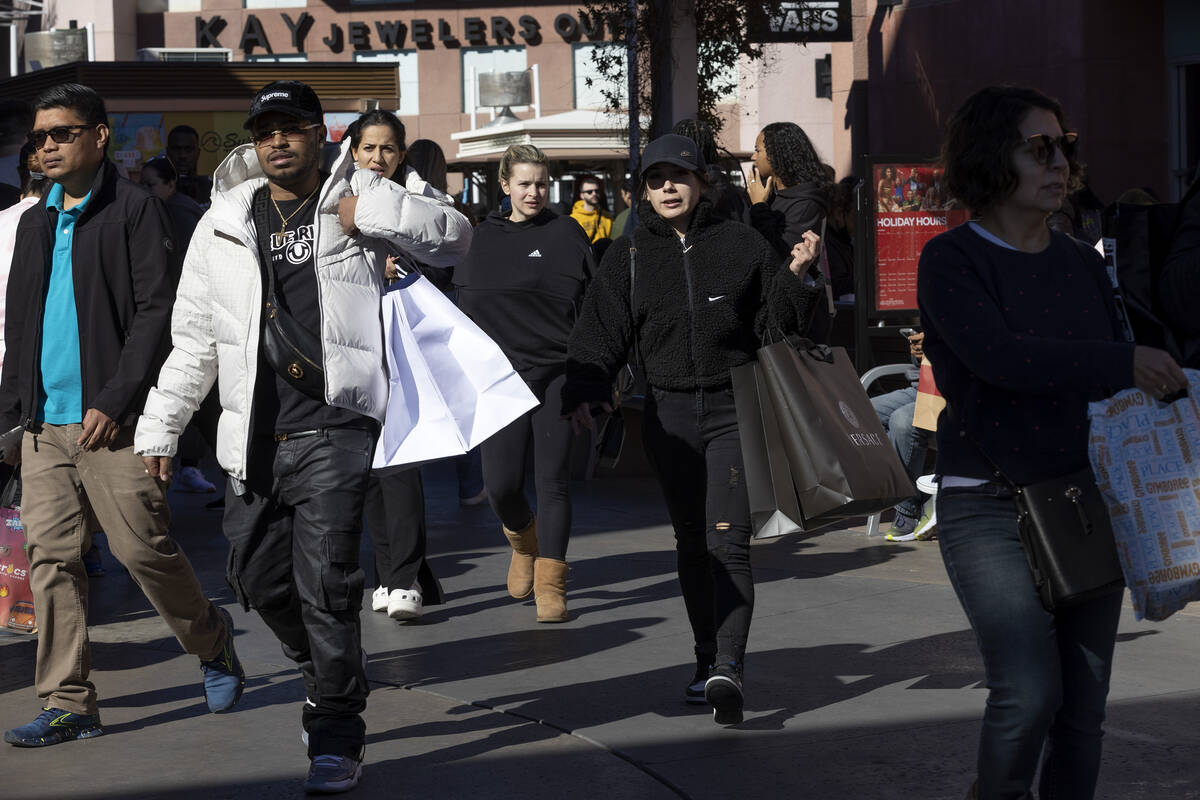 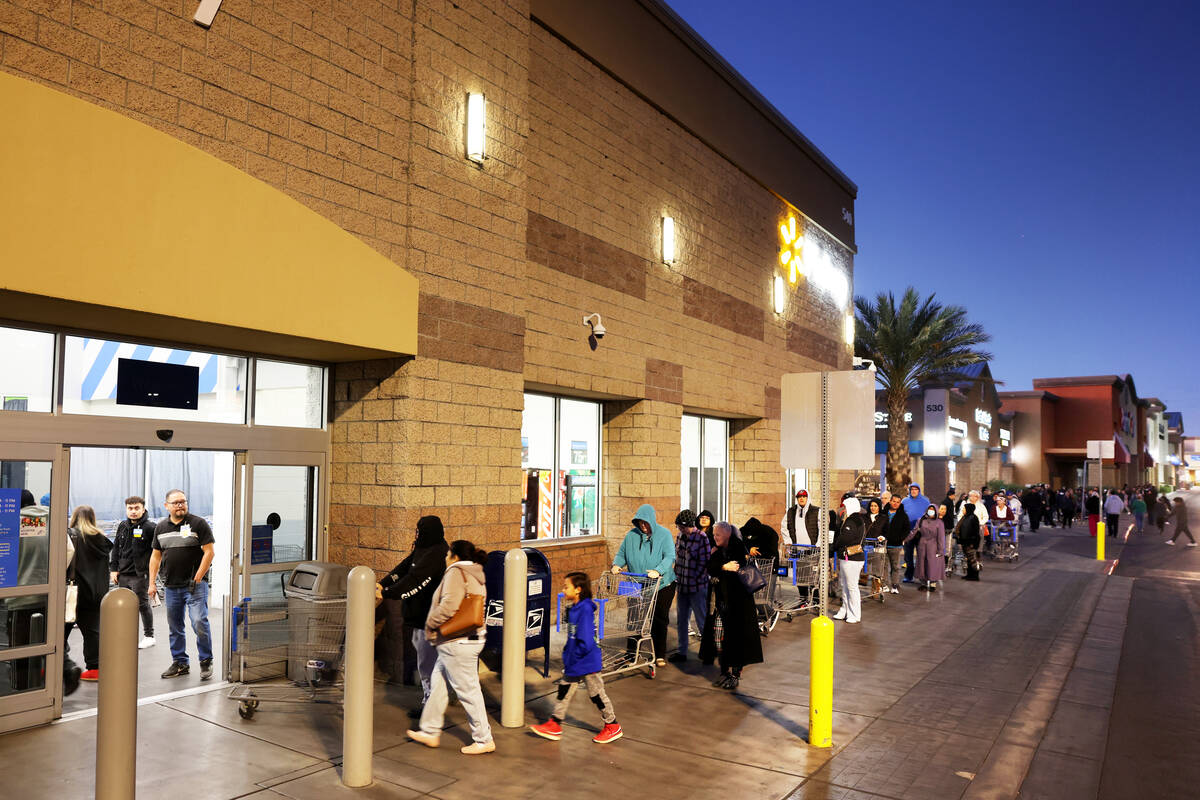 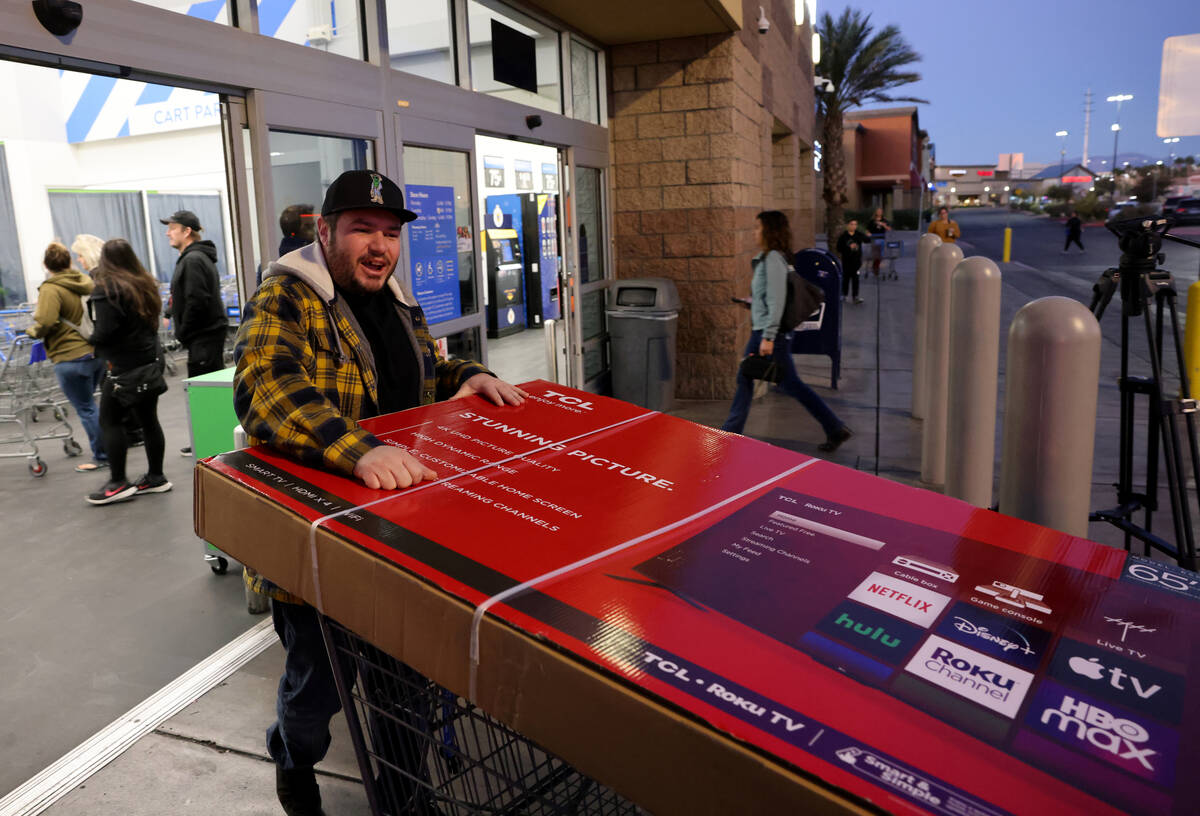 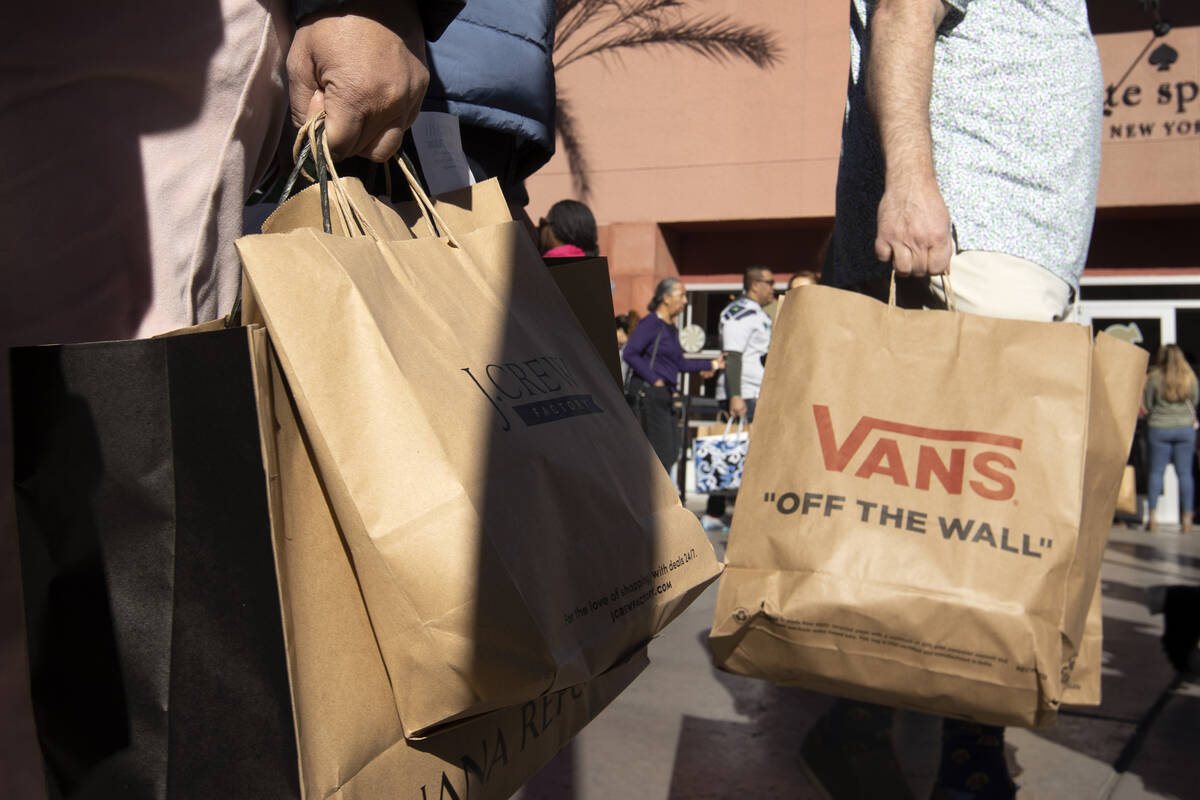 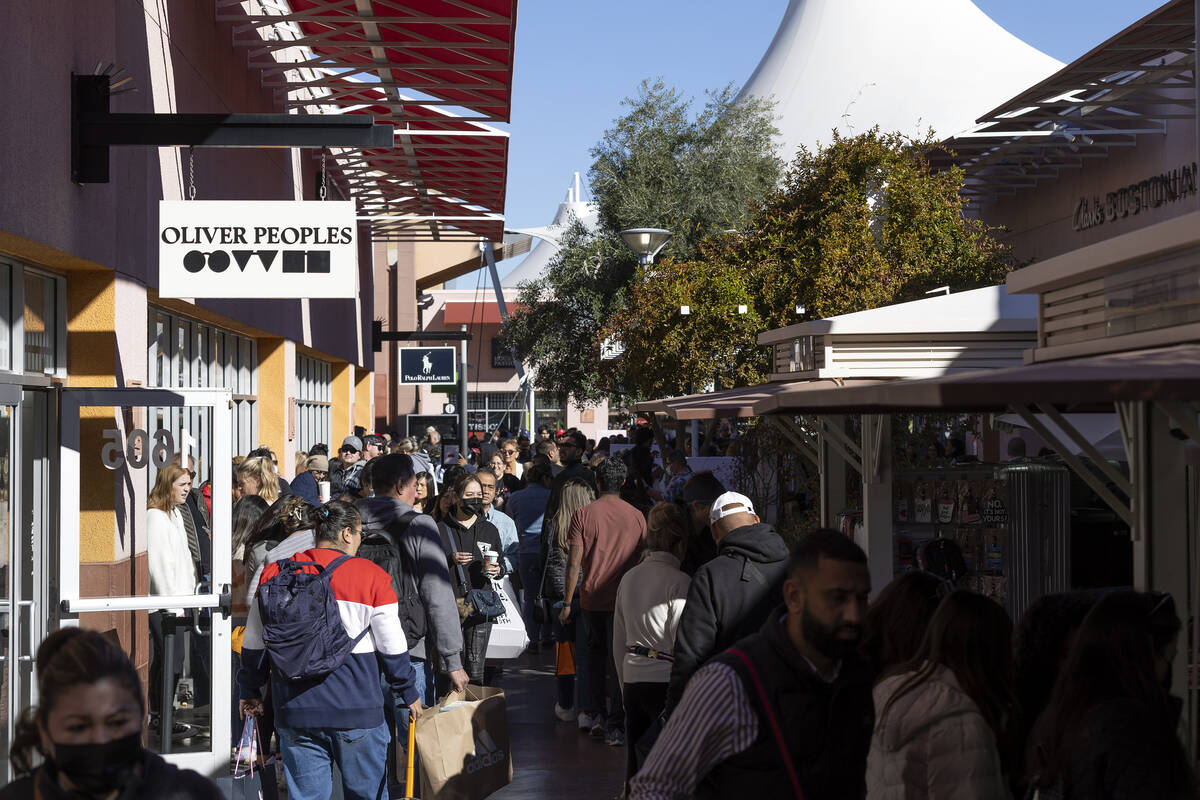 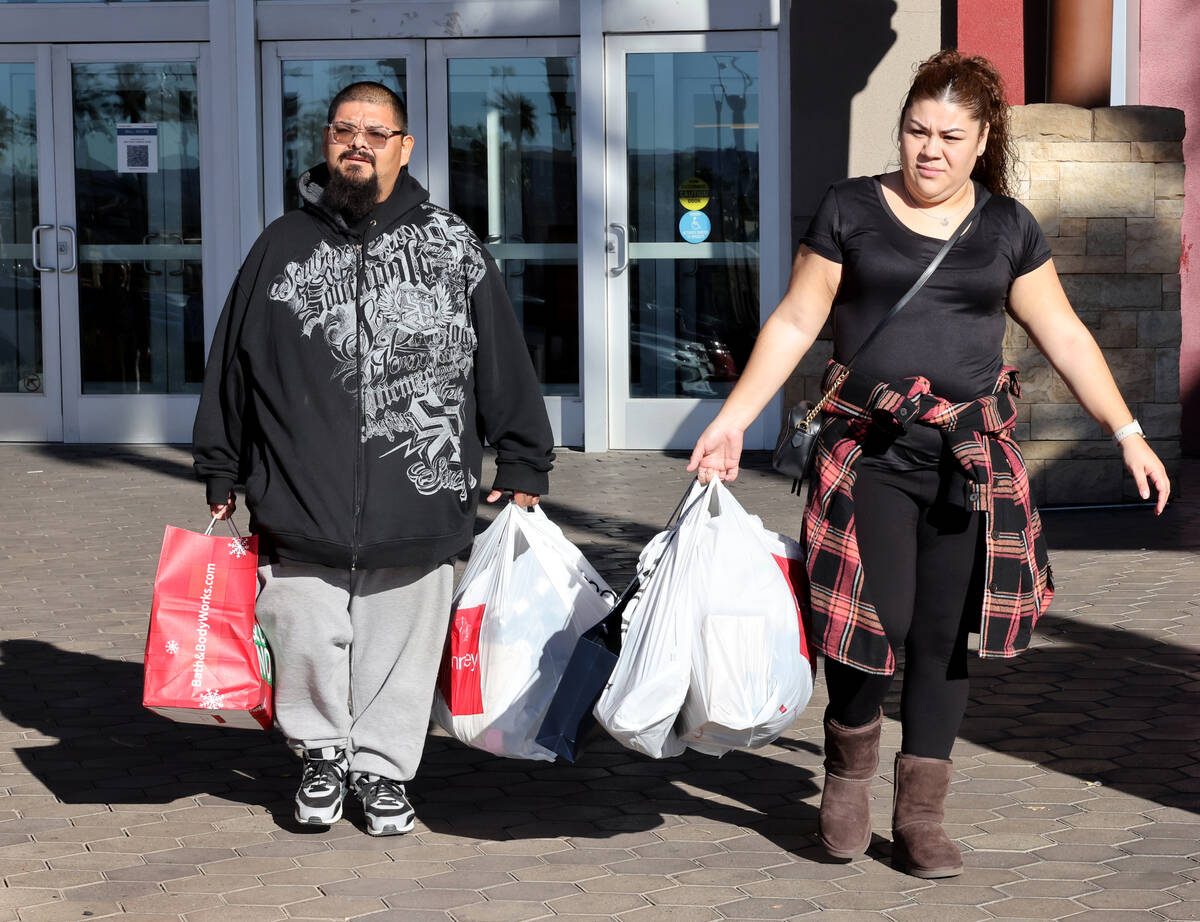 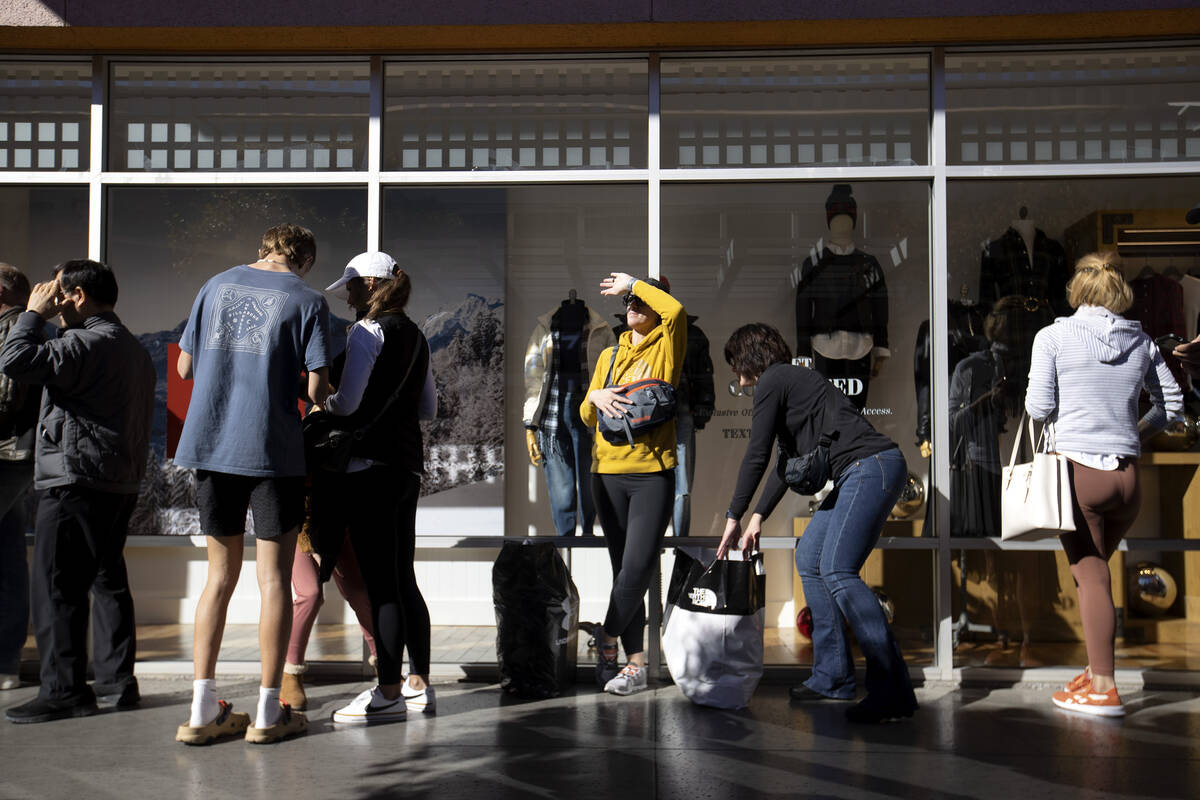 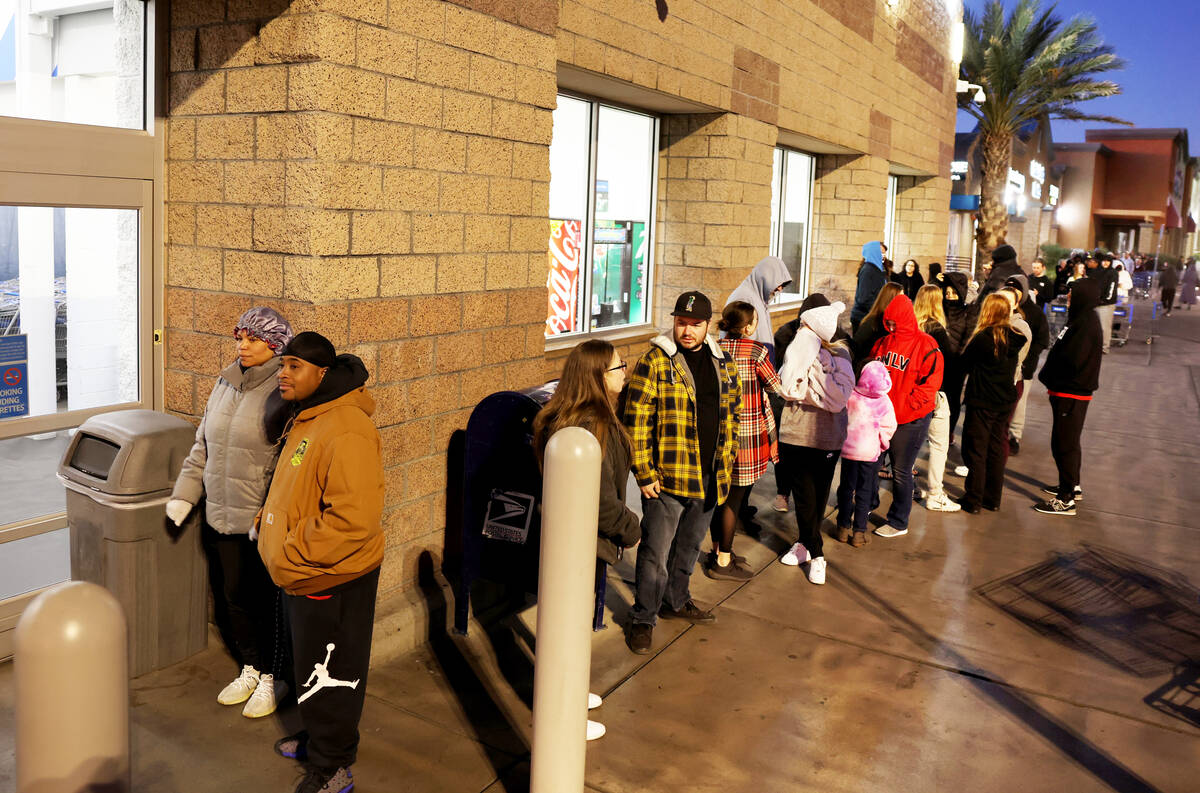 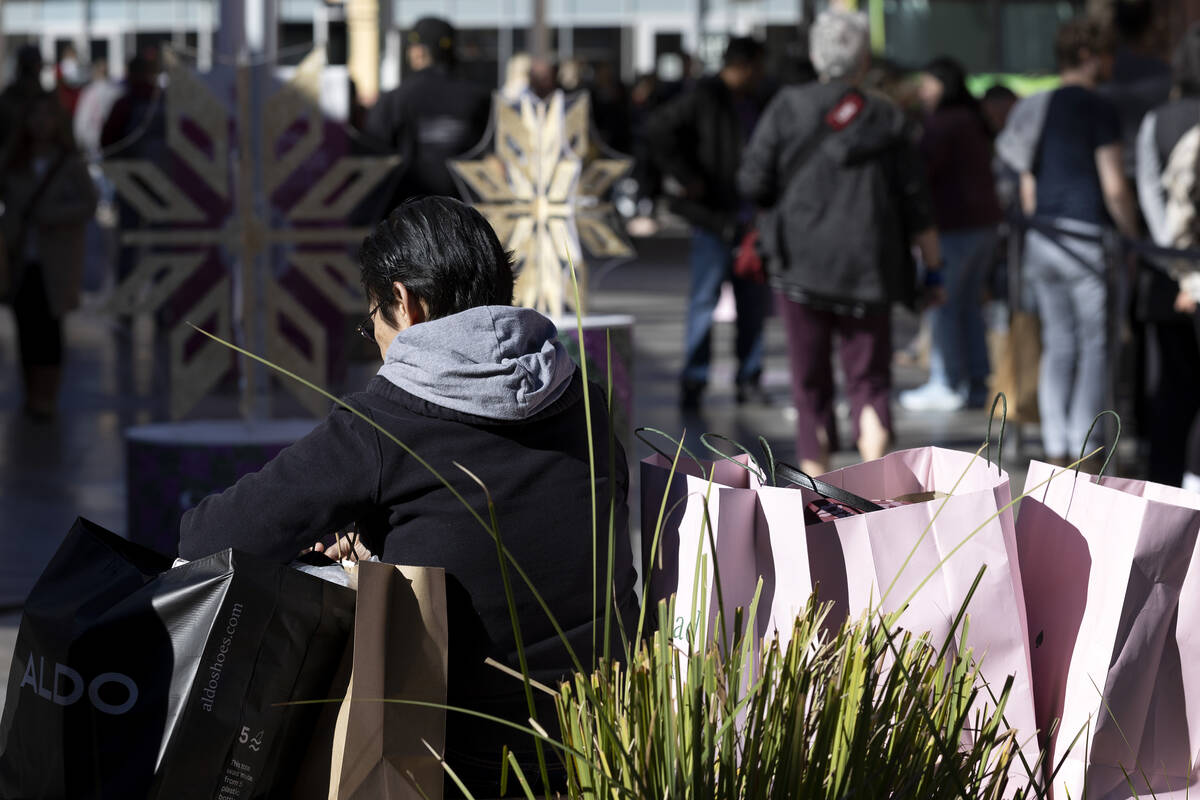 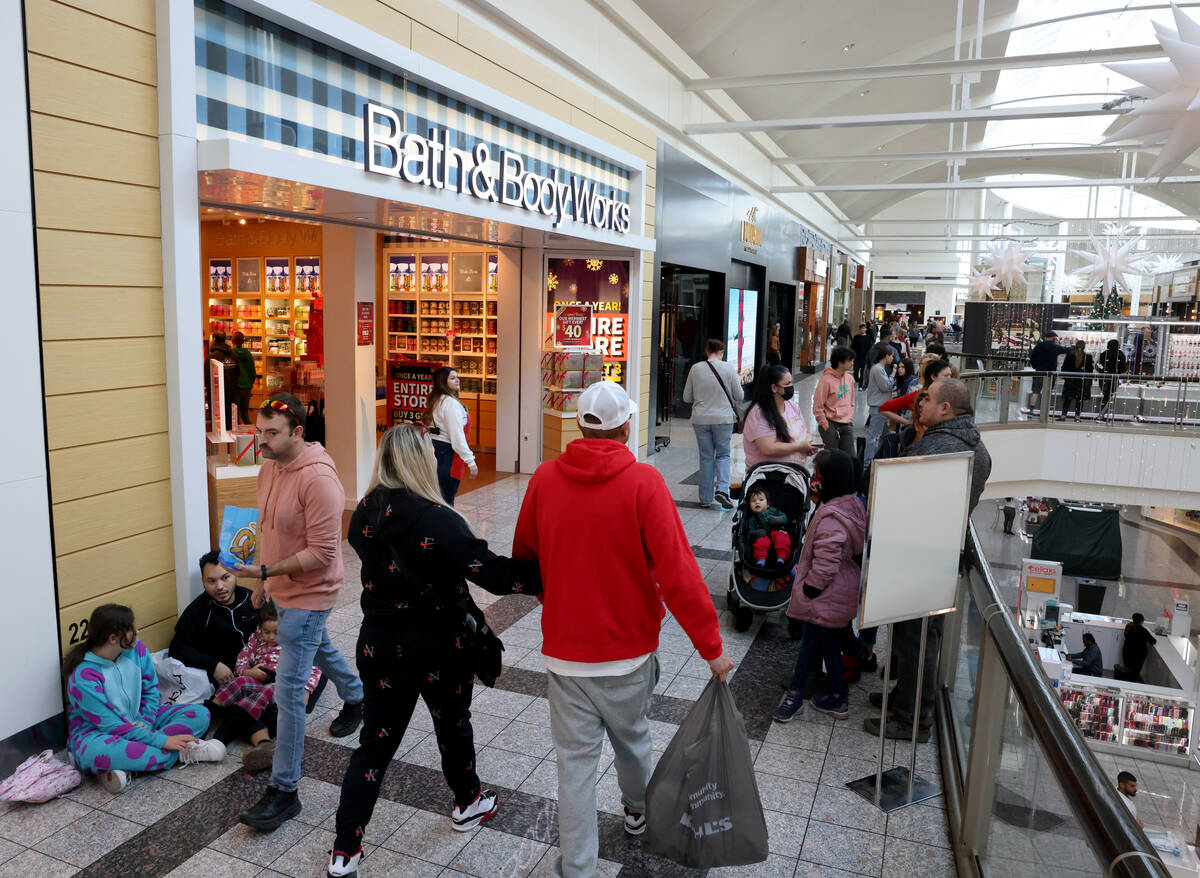 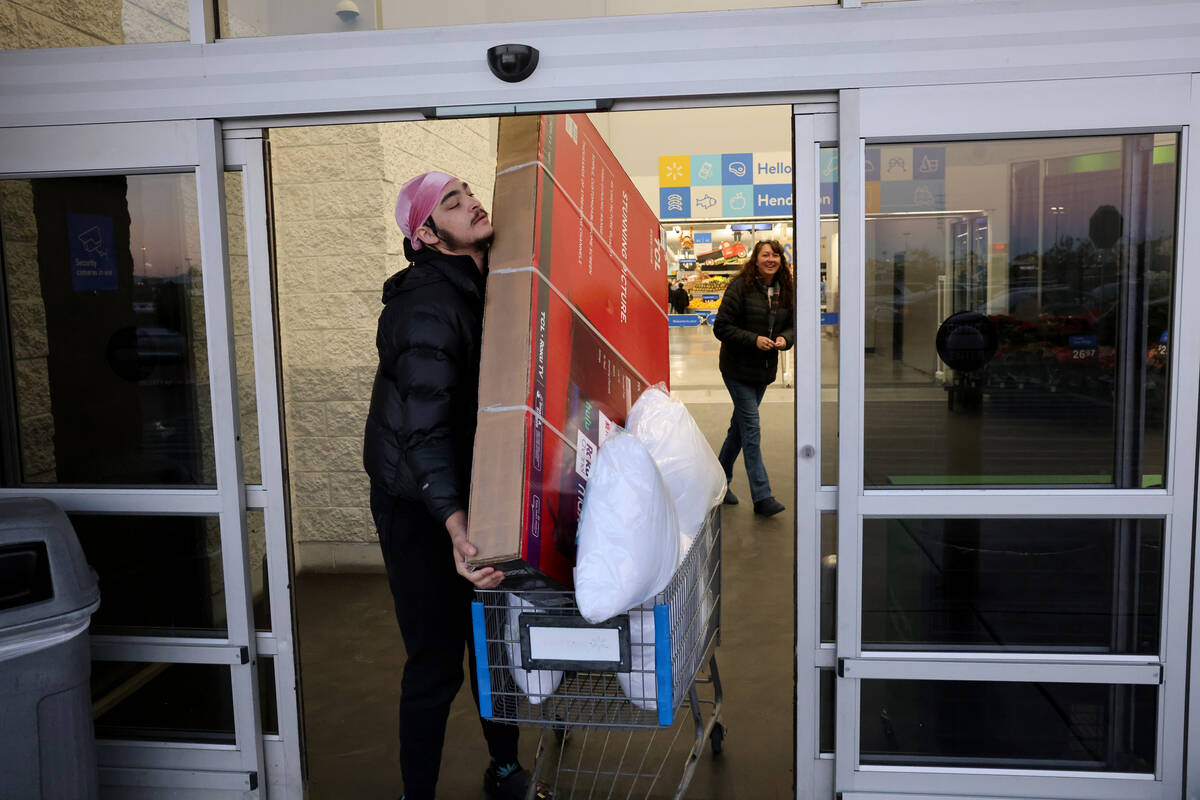 Chris Hoskins and his Black Friday deal — $228 for a 65 inch TV — try to roll out the door at Walmart Supercenter in Henderson Friday, Nov. 25, 2022. (K.M. Cannon/Las Vegas Review-Journal) @KMCannonPhoto 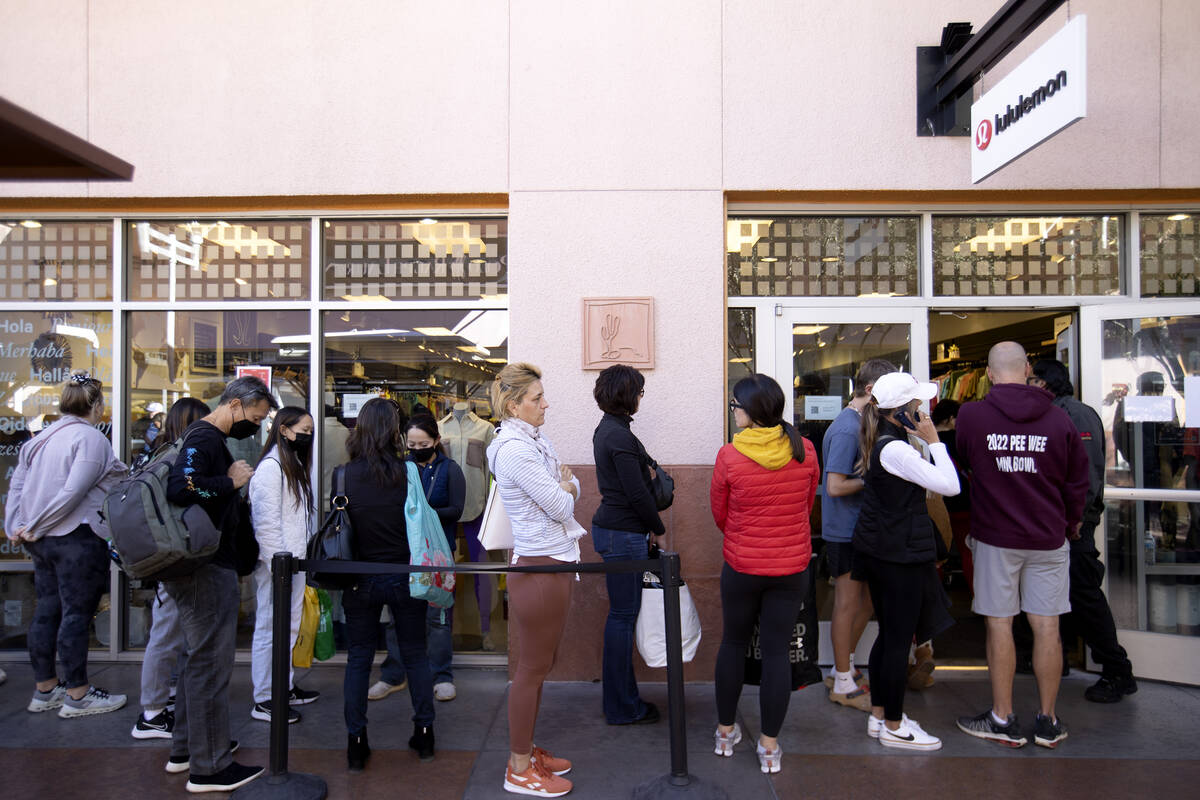 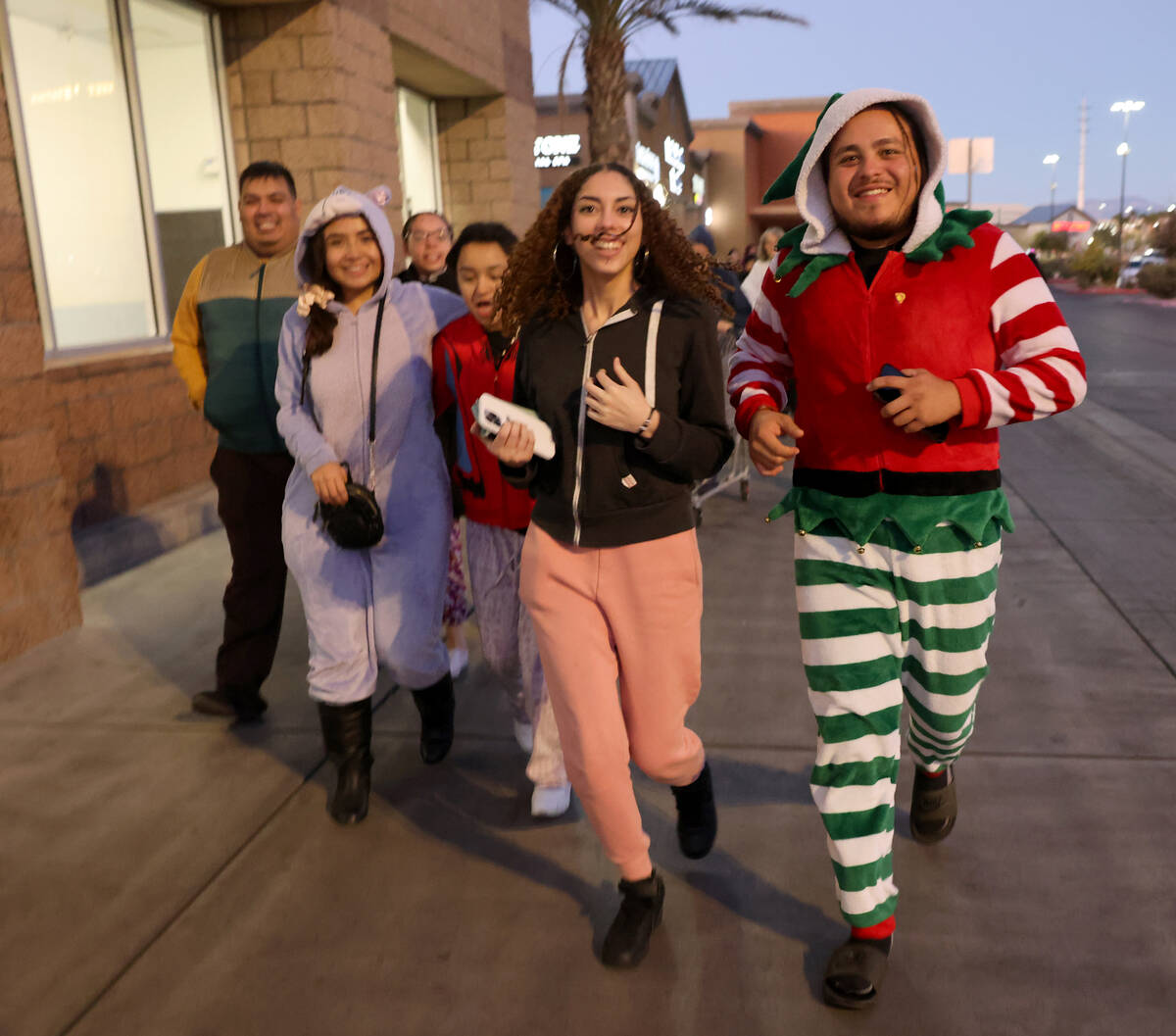 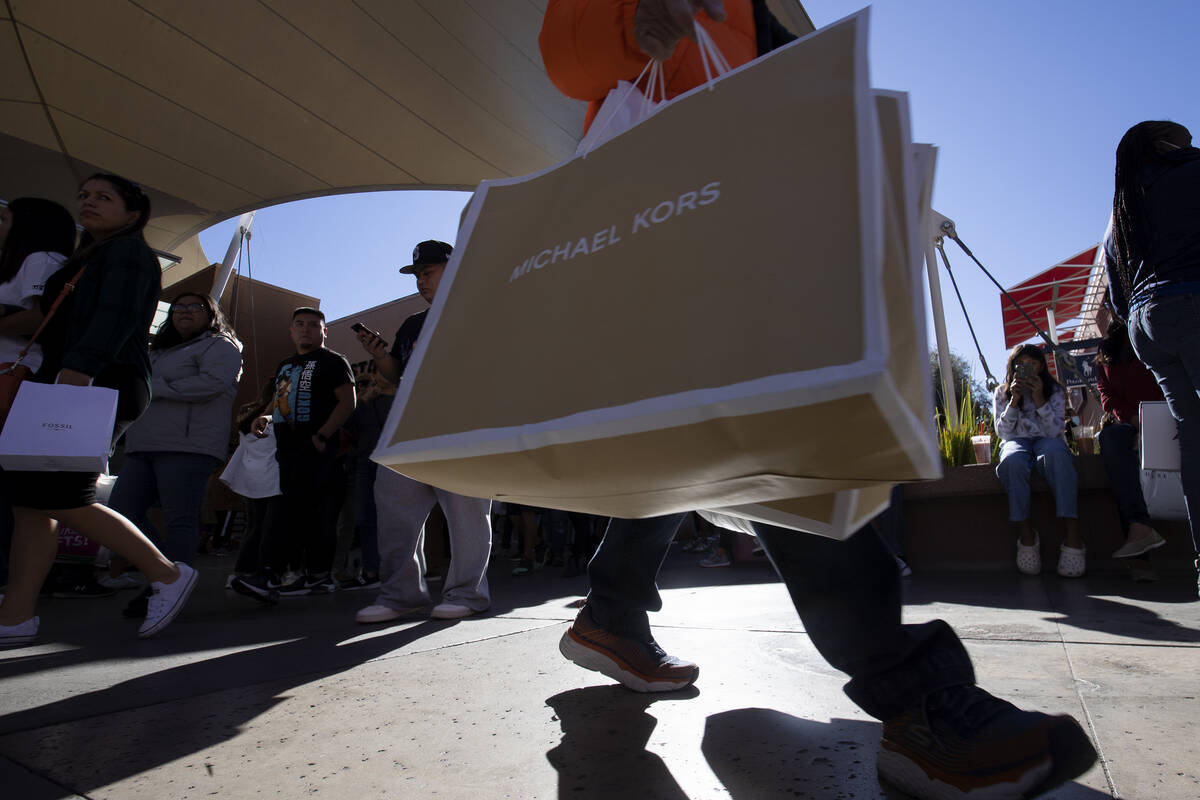 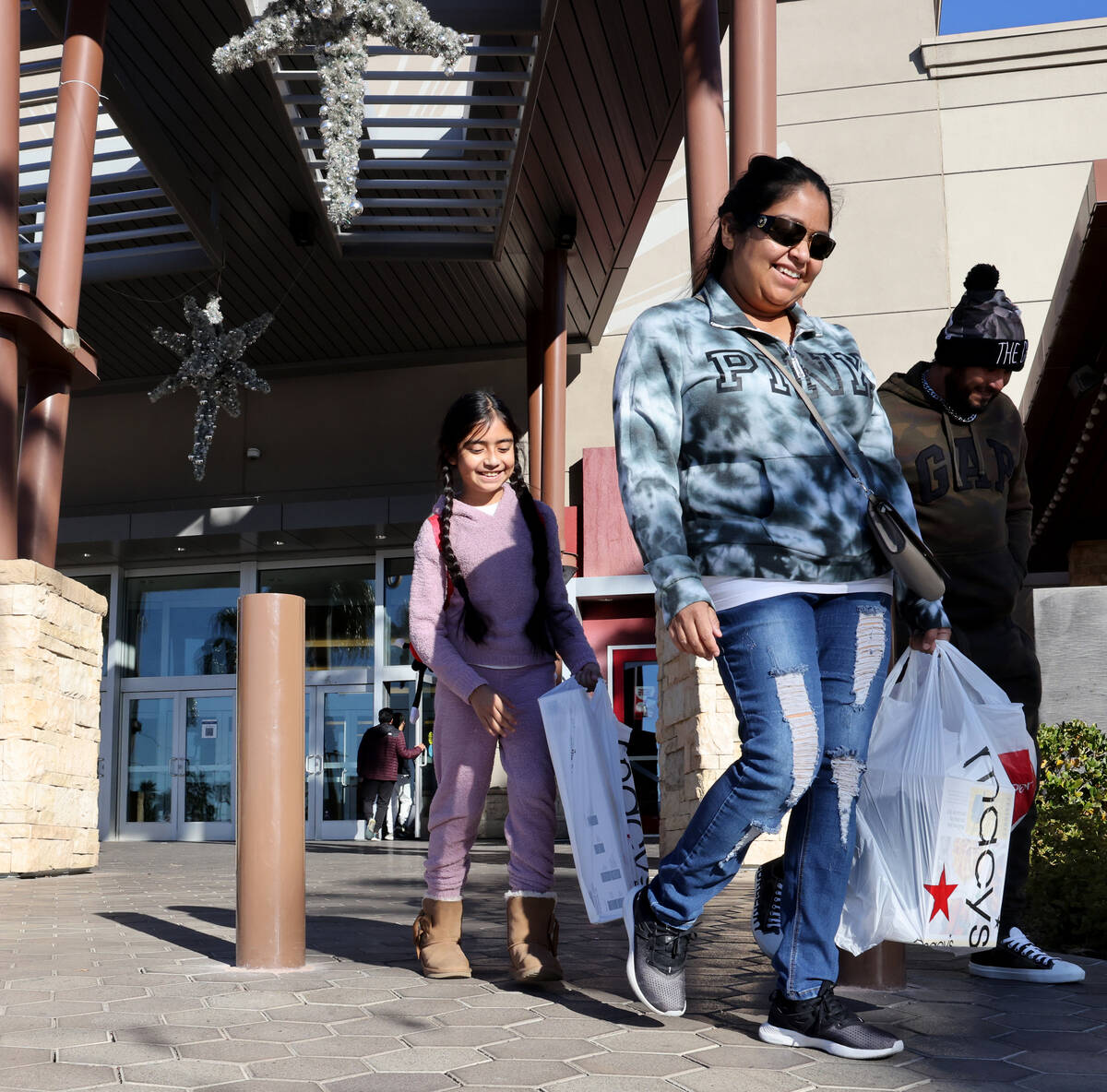 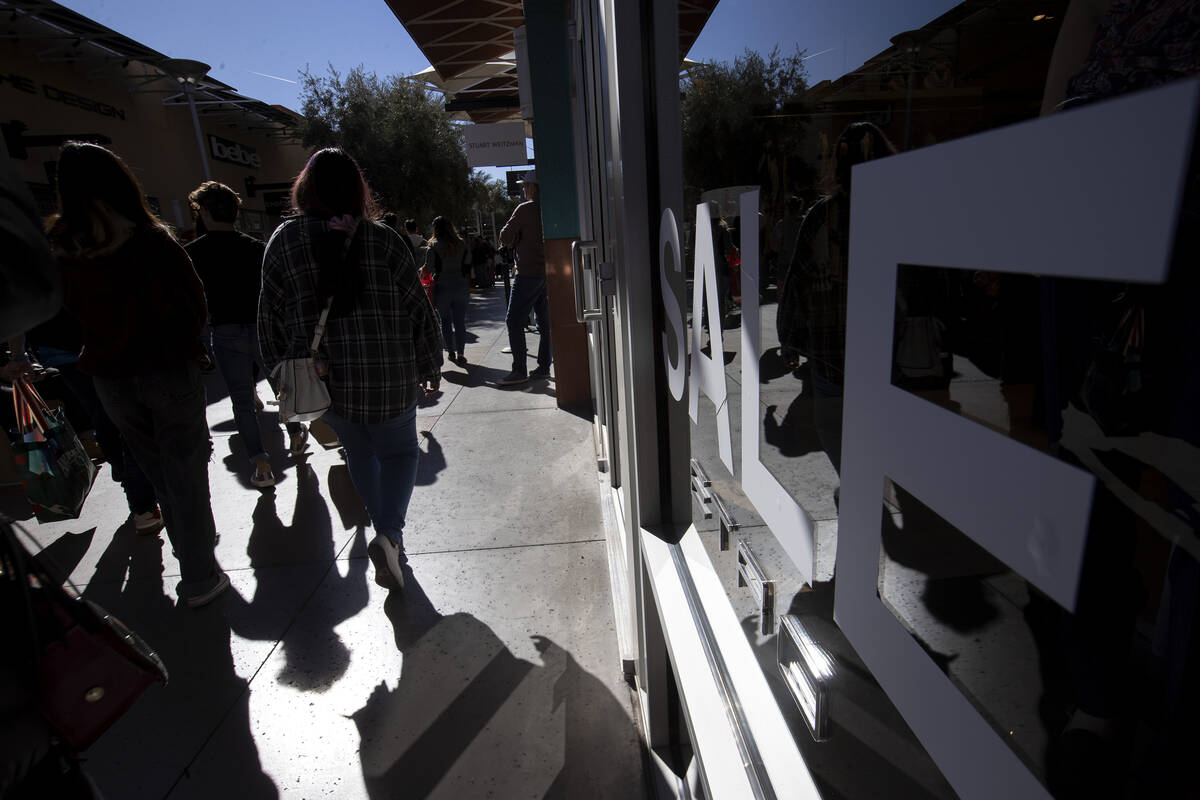 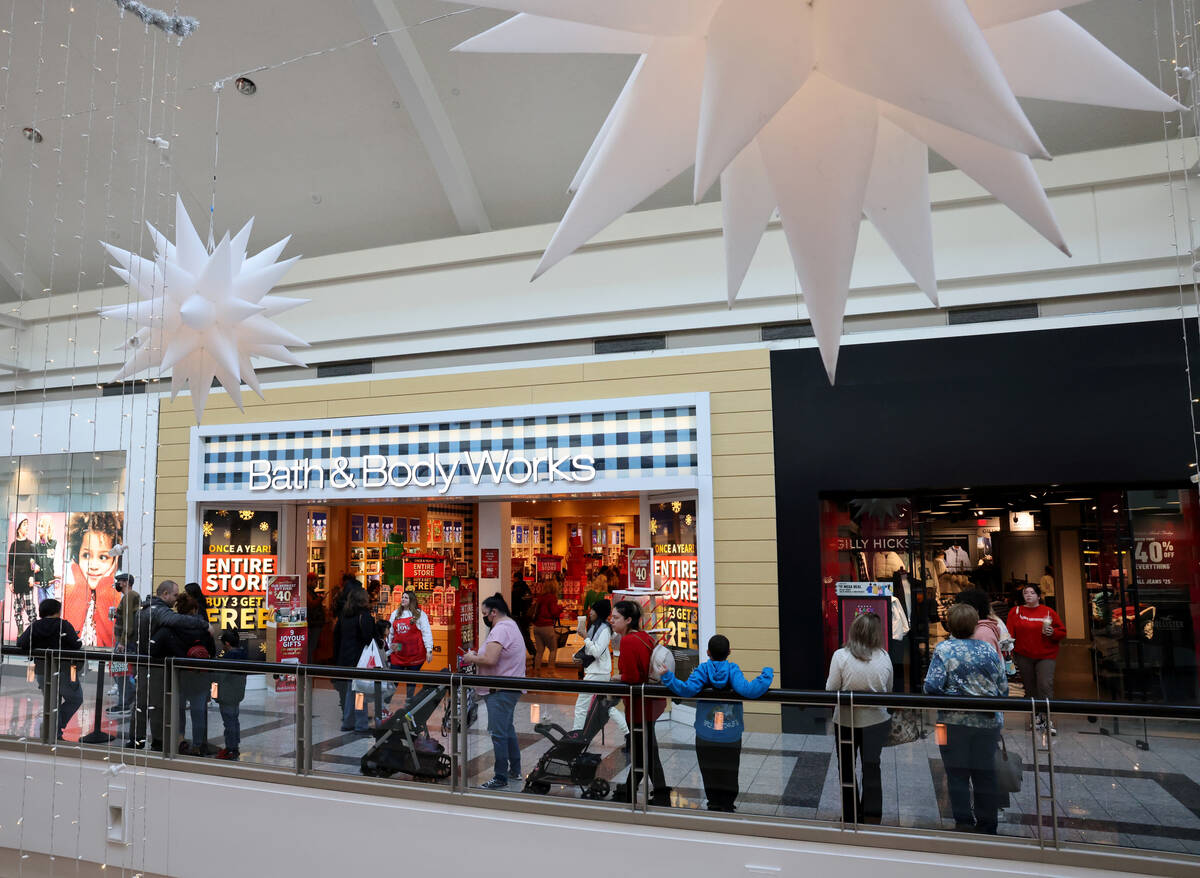 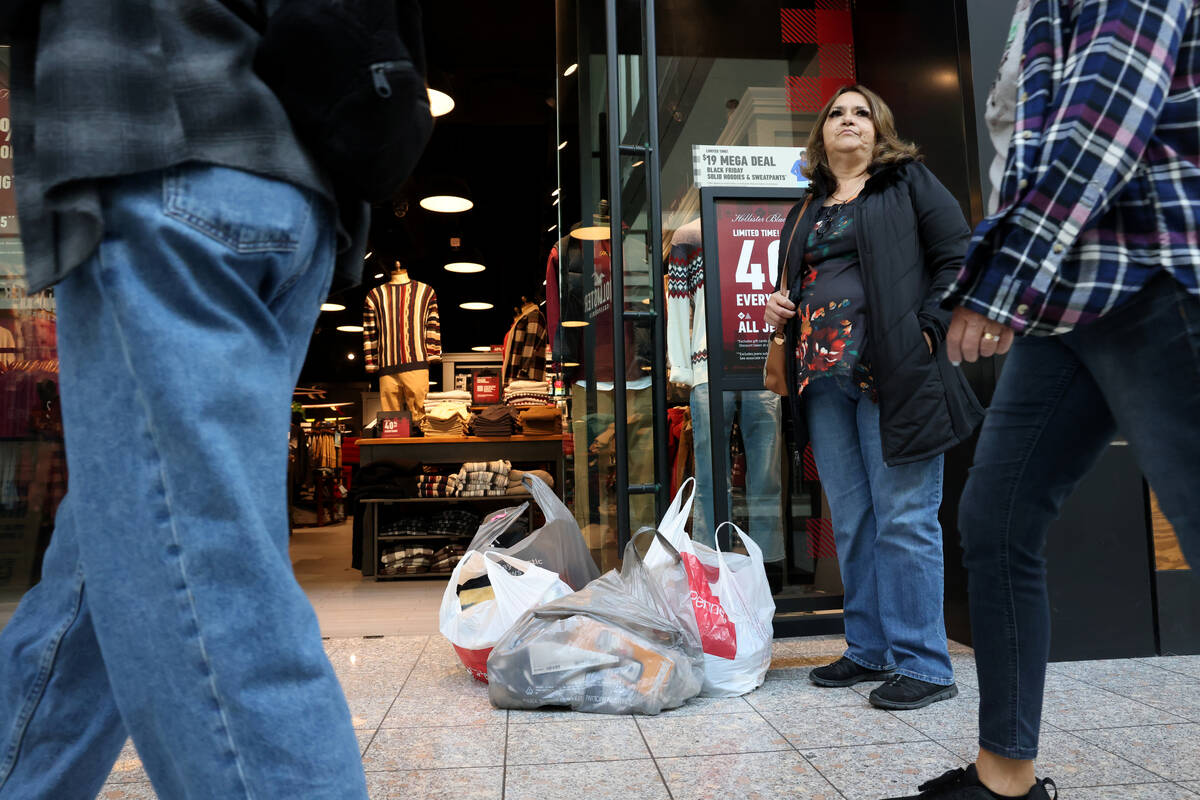 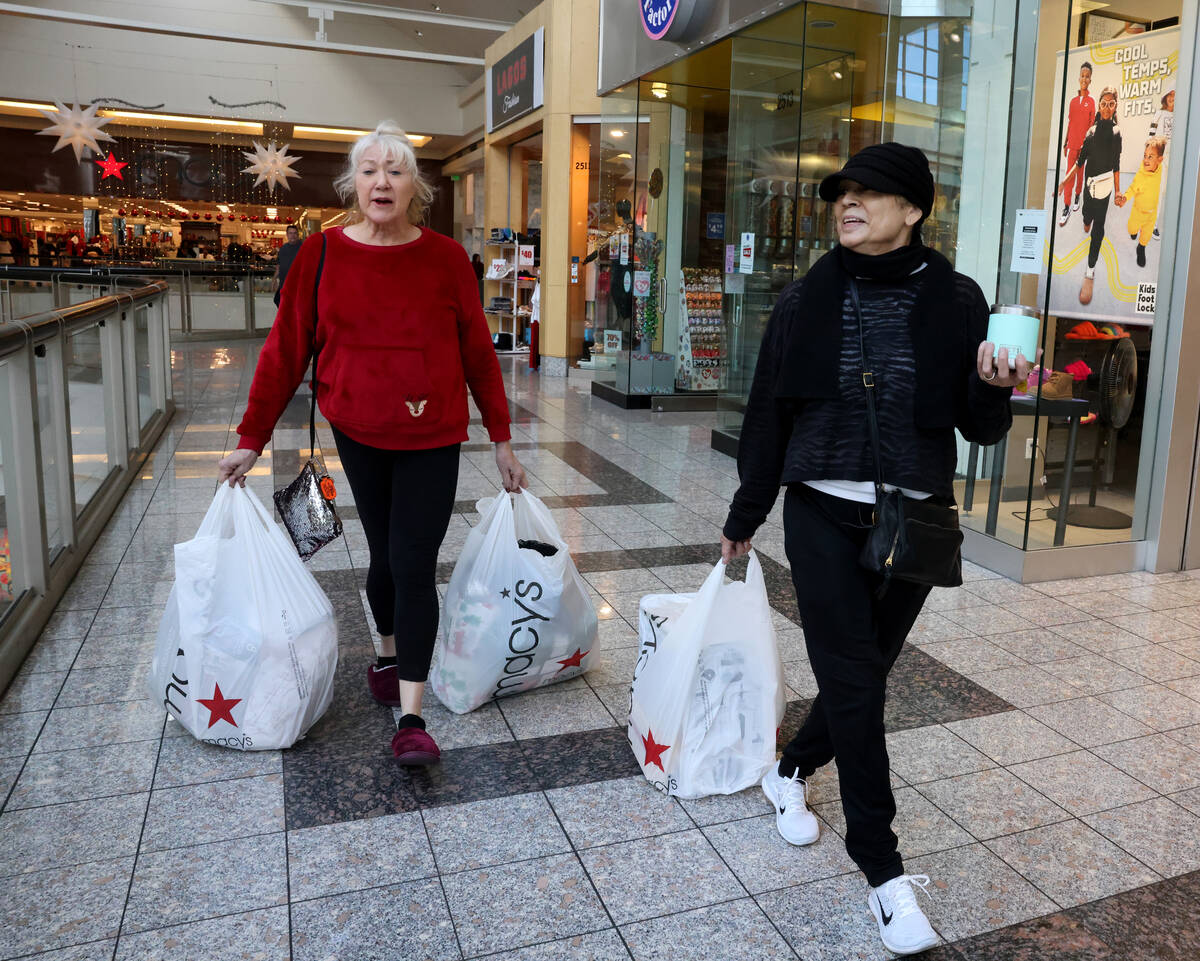 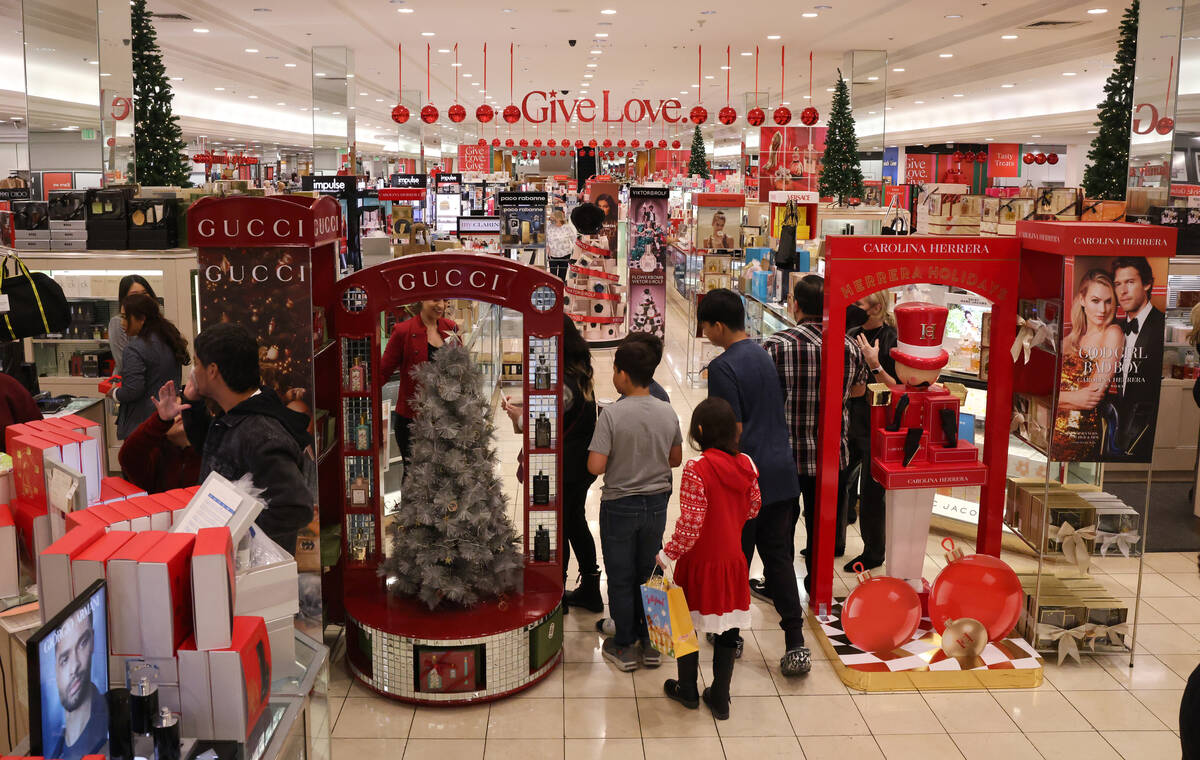 Star Plair was fed up with shopping online when she woke up early Friday morning. She rolled over in her Las Vegas home around 4 a.m. and woke her husband, Ricky Plair, to convince him to take her to Walmart.

The couple parked at the Walmart Supercenter on Sunset Road and Marks Street around 4:45 a.m., making them the first in line when the store opened at 6 a.m. Friday. Just after 7 a.m., they exited the store with dozens of pajamas for their four kids, a tablet, several plush pillows and a pair of $200 headphones marked 55 percent off.

“That’s the perks of being first,” she said. “I really needed those headphones and I wasn’t expecting to find them here, and we were at the register and they were right there.”

The Plairs said Walmart employees kept shoppers moving in an orderly fashion, with carts awaiting 6 a.m. shoppers and a quick checkout process. The store was closed on Thanksgiving for the first time in several years.

“I never really did a Black Friday when I had to sit in line the day of Thanksgiving,” Star Plair said. “This seems better like this. It wasn’t chaotic.”

But downtown at the Las Vegas North Premium Outlets the situation was more hectic with some shoppers facing full parking lots and waiting in hours-long lines. Melanie Smith and her daughter Emmy waited in line two and half hours to get into a Lululemon store.

“This was the longest I’ve ever waited just to shop somewhere,” Smith said. “But I’m not upset since we paid one-third of what we normally would for Lulu leggings.”

Almost all major retail chains including Walmart, Target and Best Buy were closed for Thanksgiving Day, meaning shoppers had to wait until Black Friday to find their bargains.

But with shoppers being forced to wait, Black Friday becomes the day for people who still crave an in-person shopping experience, according to Ashley Fawcett, the area director of marketing for the Las Vegas North Premium Outlets.

“People crave to connect in person,” Fawcett said. “Black Friday provides special moments that you can’t get anywhere else.”

Kate Klingonsmith was shopping at the North Premium Outlets and is a regular Black Friday shopper. She said the experience of getting through big crowds to get big savings is why she makes a tradition of shopping on the day. But she said shoppers need to go out with some expectations.

“Try to be patient and have fun,” Klingonsmith said.

Not everyone was having fun though, according to Mike Gessell, who was sitting outside the Kate Spade store at the North Premium Outlets around 10:30 a.m. Friday with a variety of shopping bags.

“My wife made me come,” Gessell said. “I haven’t even walked into a store yet, my job is just holding bags today.”

At the same moment as the Plairs were entering Walmart, Walter and Whitney Claudio parked their cars and walked up to the store. They weren’t looking for anything specific, but the promise of a quieter Black Friday shopping experience allowed them to browse, ultimately finding a $96, 9-foot, lit Christmas tree.

“There was less of a line compared to previous years, even compared to last year,” Walter Claudio said.

Jonathan Kirkpatrick waited nearly a year to buy a new television. The $230, 65-inch TCL Smart TV at Walmart was his ultimate goal Friday morning, and he succeeded.

“My son actually broke ours a year ago,” Kirkpatrick said. “I said, ‘I’m waiting for Black Friday until I buy a new TV.’ So we’ve had a broken TV for about a year now.”

Even with high rates of inflation, there are strong expectations for retail spending on Black Friday and throughout the weekend. The National Retail Federation expects 166.3 million people to shop between Thanksgiving Day to the following Monday this year, and the Retail Association of Nevada expects 1.7 million Nevadans to be shopping this weekend.

At Galleria Mall, Grace Carerra, 11, carried a drone in a Macy’s bag after a successful morning shopping for Christmas presents for her relatives. She bought the $120 item for $47 Friday morning.

Carerra’s parents Alfredo Carerra and Jessica Rodriguez, said the family was headed to Walmart to finish their Black Friday shopping.

“It’s kind of busy inside,” Rodriguez said Friday after leaving the mall.

Yolanda Cardenas and Johnny Ruiz left the mall with nearly a dozen bags. Cardenas said the line at Victoria’s Secret kept her out of the store, but she found great deals at Bath & Body Works and J.C. Penney.

“It’s not like it used to be,” Cardenas said of the stores inside the mall. “They started their sales beforehand and they only have limited stock. Everything is online now.”

It was a different story at the North Premium Outlets where Kelsey Mokler was shopping with her mom, Barbara Voit, and her two sons, Carsen and Parker.

“It’s crazy here and I thought it would be slower because of the early savings and all the online deals,” Mokler said. “But it seems like all the stores with the best deals have the longest lines.”

Though holiday savings now start before Black Friday and the growth of online shopping has changed consumers’ patterns, Black Friday isn’t expected to go away in the future, according to Bryan Wachter, the retail association’s senior vice president.

“I don’t know what gets forecasted the death of more, Black Friday or Main Street retail,” Wachter said. “Black Friday’s always going to exist as an event.”