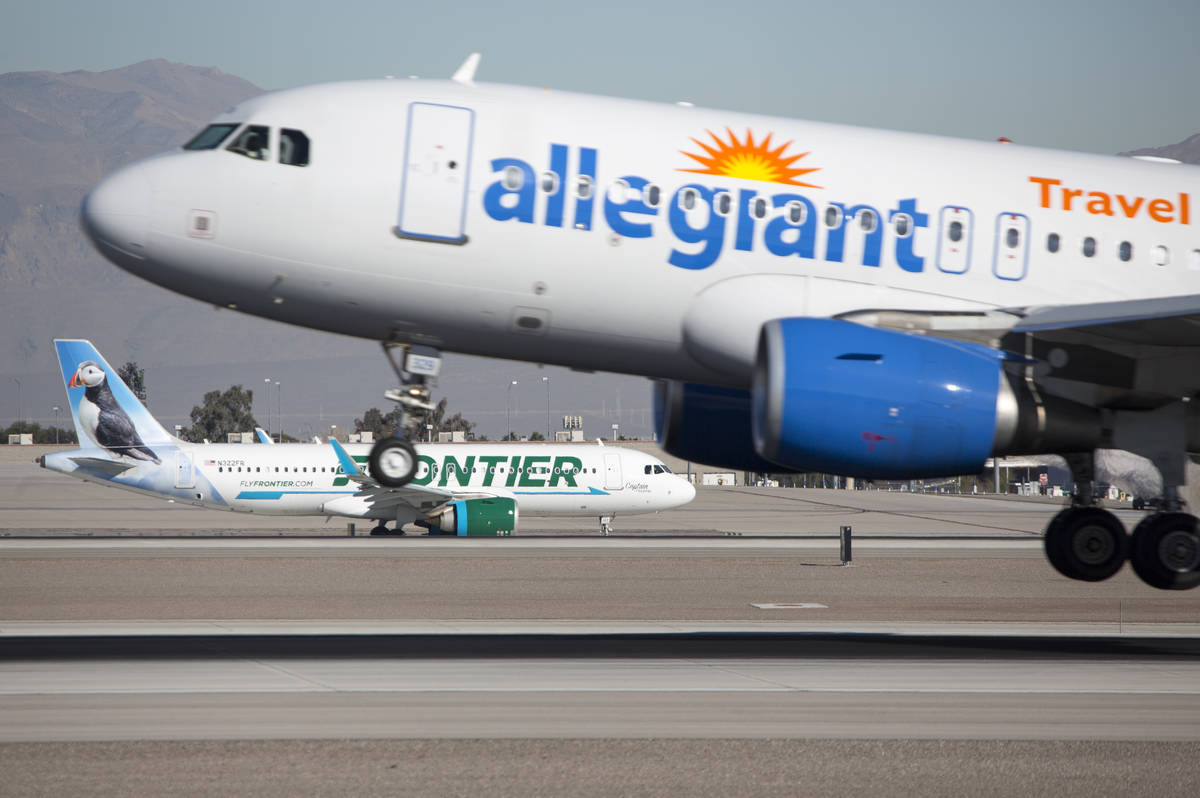 A combination of unusual circumstances resulted in a 16-hour flight delay for 85 passengers on an Allegiant Air flight Monday between Las Vegas and Stockton, California.

A faulty sensor in the Stockton tower’s automatic surface weather reporting system failed to provide visibility information as required for landing, an Allegiant spokeswoman said Wednesday. The tower was unstaffed at the time. It’s routine for air traffic control towers to be unstaffed late at night in small communities.

As a result, the one-hour flight was diverted after the twin-engine jet’s 8:55 p.m. departure from McCarran International Airport.

Once it was determined that the plane couldn’t land in Stockton, the flight’s captain announced the plane would return to Las Vegas — and that’s when a line of severe thunderstorms moved through Southern Nevada resulting in a new problem.

The flight was diverted again, landing at Los Angeles International Airport where passengers got off the plane and were given cash to offset the cost of an overnight stay in Los Angeles.

The flight was rescheduled to Tuesday, renumbered to Flight 5161 and departed for Stockton on Tuesday afternoon. The plane arrived without further incident at around 2 p.m.

“We regret the inconvenience this odd confluence of circumstances presented for our customers, and although it involved multiple factors outside of our control, we did provide compensation to assist with unanticipated expenses,” said Hilarie Grey, managing director of corporate communications for the Las Vegas-based air carrier.

Allegiant, an ultra-low-cost airline that doesn’t fly more than four times a week to most of its destinations, didn’t have many options for passengers.

“It sounds like Allegiant did what it was required to do, but that doesn’t mean it’s what the airline should have done,” said Brett Snyder, who writes an aviation blog called “The Cranky Flier.”

“In extreme circumstances like these, you’d hope the company would recognize the inconvenience and go above and beyond with a future credit or even a refund,” he said. “But this is Allegiant, and it is an ultra-low-cost carrier. That’s likely what drives these decisions.”