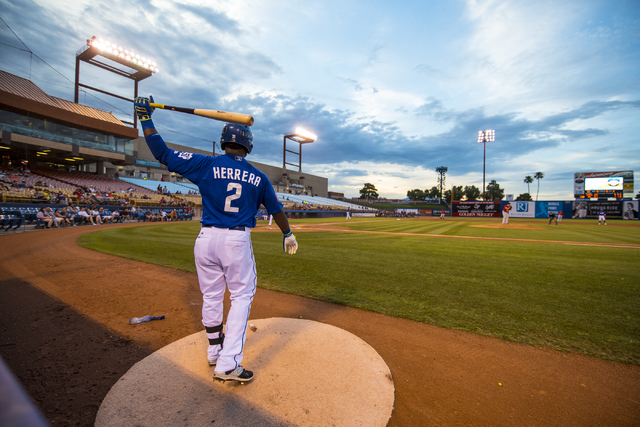 Dilson Herrera, 2, of the Las Vegas 51's, warms up during baseball action against the Albuquerque Isotopes at Cashman Field in Las Vegas on Sunday, July 5, 2015. (Joshua Dahl/Las Vegas Review-Journal) 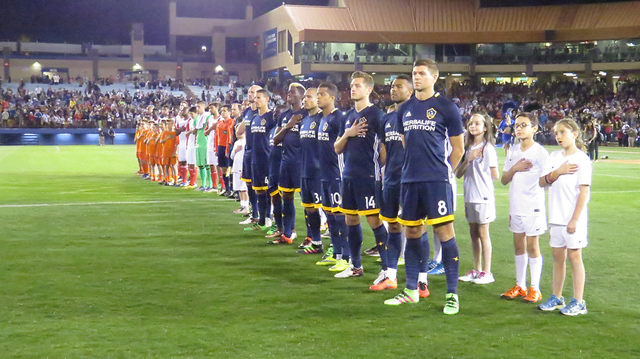 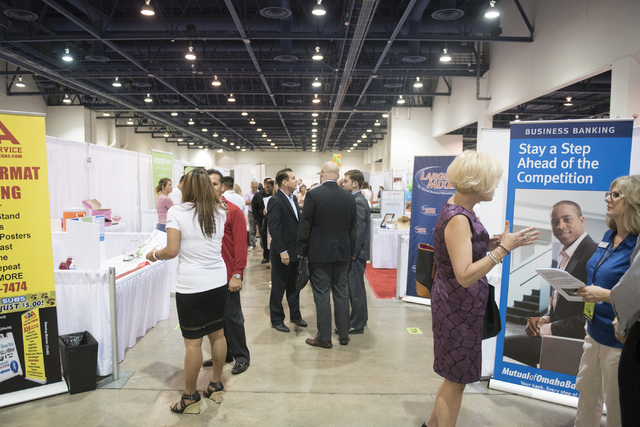 The Las Vegas Convention and Visitors Authority next month will consider returning Cashman Center to the city of Las Vegas later in the year, opening the door for new city development and the eventual exit of the Las Vegas 51s to a new baseball stadium.

LVCVA President and CEO Rossi Ralenkotter briefed the 14-member board of directors Tuesday, explaining that he met recently with key players in the proposed transfer.

At its April meeting, the board will discuss a memorandum of understanding it has with the city that expires in August. The current memorandum has been in place since 2008 and the LVCVA has managed Cashman since 1983.

No changes in the management of Cashman are imminent, but Ralenkotter said there are several proposals under consideration that made discussing the lease arrangement with the city timely.

— The authority is trying to determine how to finance a $2.3 billion expansion and refurbishment of the main Convention Center campus and enabling another entity to take over Cashman could save $5 million a year.

— Clark County is interested in a 51s move because the leading stadium site is located on county land near Downtown Summerlin.

— The city of Las Vegas, which owns Cashman Center but leases it to be managed by the LVCVA, is considering new development opportunities.

— The United Soccer League, which has 29 teams and will add a franchise in Reno next year, is looking to expand to Las Vegas and is interested in playing games at Cashman.

With all those elements on the horizon, Ralenkotter said he felt it was important to bring all the parties together to discuss options. In addition to representatives of the city, the county, the 51s and the LVCVA, Pacific Coast League Commissioner Branch Rickey III joined the conversation, concerned that Cashman Field, once one of the nation’s top Minor League stadiums, has aged and declined to the point that it’s difficult to attract Major League Baseball affiliations.

The complex is owned by the city but has been managed by the authority. It’s used primarily for large community meetings and exhibitions by non-profit organizations. The LVCVA is willing to part with it because it loses $5 million a year as a community resource for non-profit groups.

Ralenkotter said among the details that need to be worked out is for the LVCVA to have access to the stadium on key dates, such as Big League Weekend when Major League Baseball teams travel to Las Vegas for exhibition spring training games.

The LVCVA views Big League Weekend as a marketing opportunity. This year, for example, the Chicago Cubs and the New York Mets, from two major media markets, will play before a televised audience on March 31 and April 1.

The United Soccer League’s desire to enter the Las Vegas market was bolstered by last month’s Major League Soccer exhibition game between the Los Angeles Galaxy and the San Jose Earthquakes, attended by 8,000 fans at Cashman.

The 51s will continue to use Cashman until the team moves to a new stadium, but Brett Lashbrook, a spokesman for the United Soccer League, said there is precedent for professional baseball and soccer teams to share stadiums.

On a short-term basis, a soccer team could share Cashman with the 51s and Lashbrook said the league would pay for the cost of placing turf on the dirt infield for the approximately 20 home games the team would typically play between April and September.