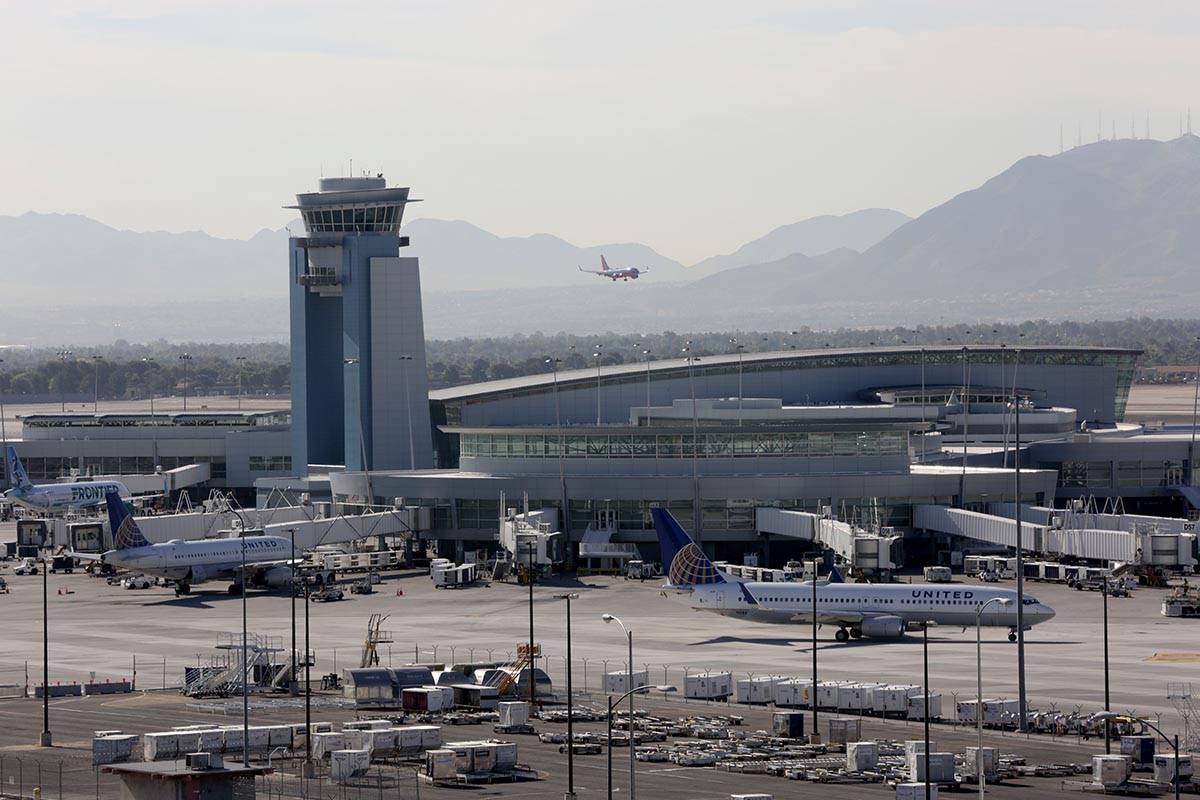 Planes flying over the Las Vegas Valley will soon take updated paths as they land and take off.

New flight patterns included in the Federal Aviation Administration’s Las Vegas Metroplex plan were cleared to take off this month after the agency issued a finding of no significant impact-record of decision.

The FAA likened the metroplex plan to going from using paper maps to using a GPS system, because satellite navigation will be used to move air traffic as opposed to the decades-old beacon-based navigation system used before it.

The new routes, slated to go into effect in November, are more direct.

“The airspace around Las Vegas is safe, but it’s not as efficient as it could be,” said Ian Gregor, FAA spokesman. “We’re going to make it more efficient by replacing a number of conventional routes with routes that are based on cutting-edge satellite navigation. This is going to result in routes that are more direct, automatically separated from each other and have efficient climb and descent profiles.”

The project includes McCarran International, North Las Vegas and Henderson Executive airports and is one of 11 metroplex projects nationwide.

The new technology allows officials to better route aircraft in the region, where it’s limited by the mountainous terrain surrounding Las Vegas and the restricted military airspace tied to Nellis Air Force Base.

The project’s website includes a Google Earth feature that allows residents to view both current and projected flight paths tied with the metroplex project.

Prior to the metroplex plan being approved, the FAA conducted an environmental review and held nearly a dozen workshops between 2017 and 2019. Four public comment periods lasting a combined 120 days saw 140 comments reviewed.

“The FAA’s finding stems from years of effort and outreach,” said Rosemary Vassiliadis, Clark County Department of Aviation director. “Improving the efficiency of Southern Nevada’s airspace benefits everyone in this community, from our capacity to continually and safely serve more air travelers over time to helping trim environmental emissions from aircraft.”