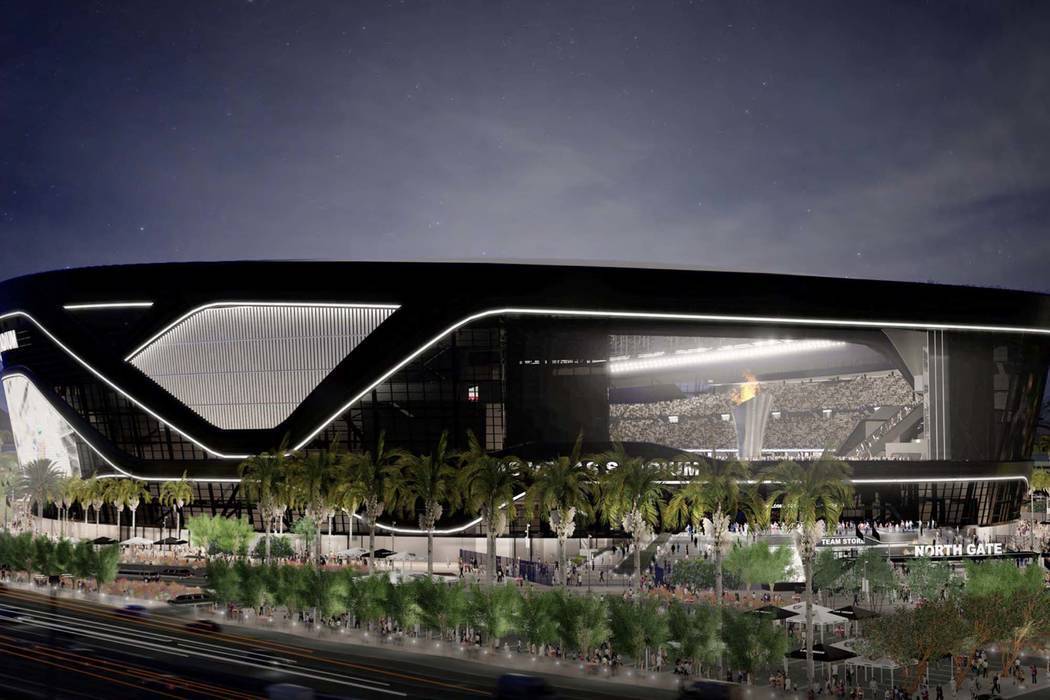 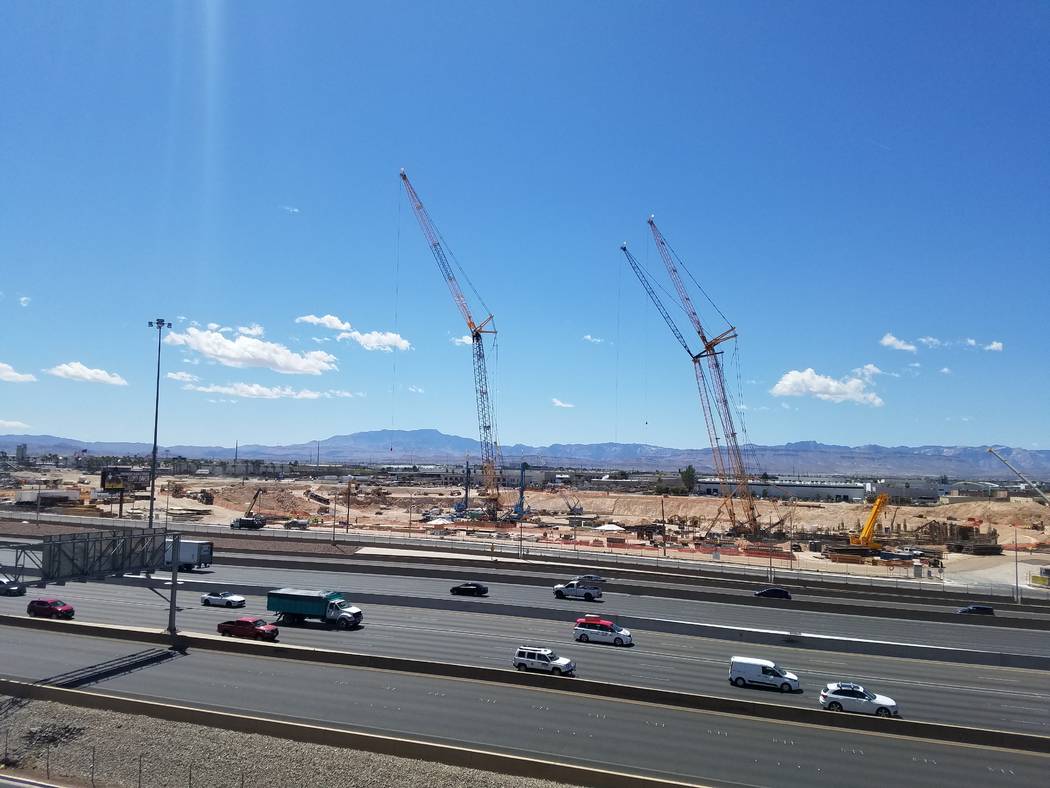 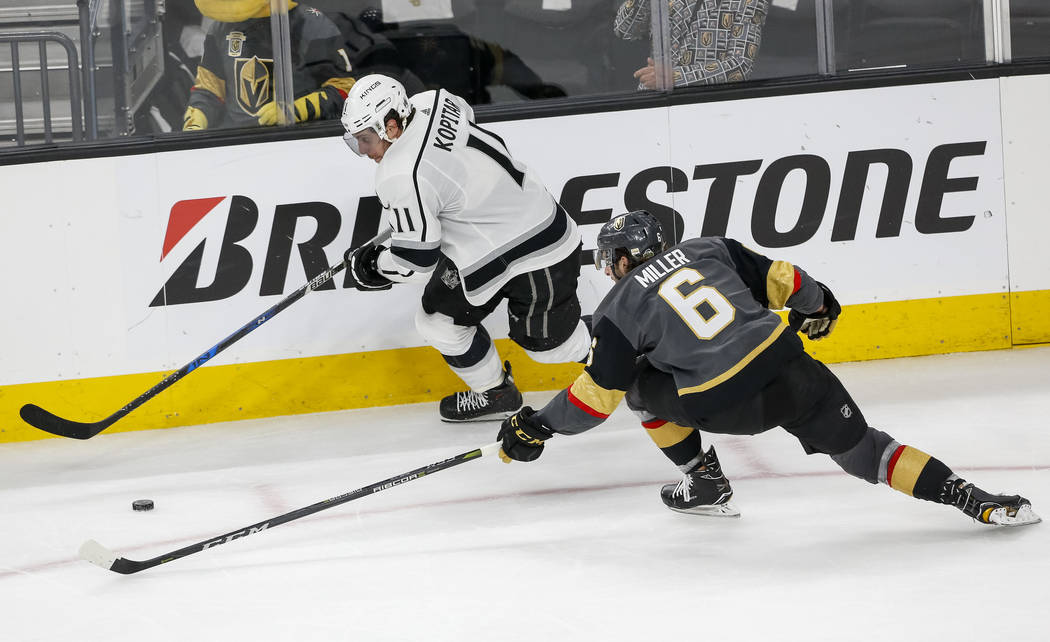 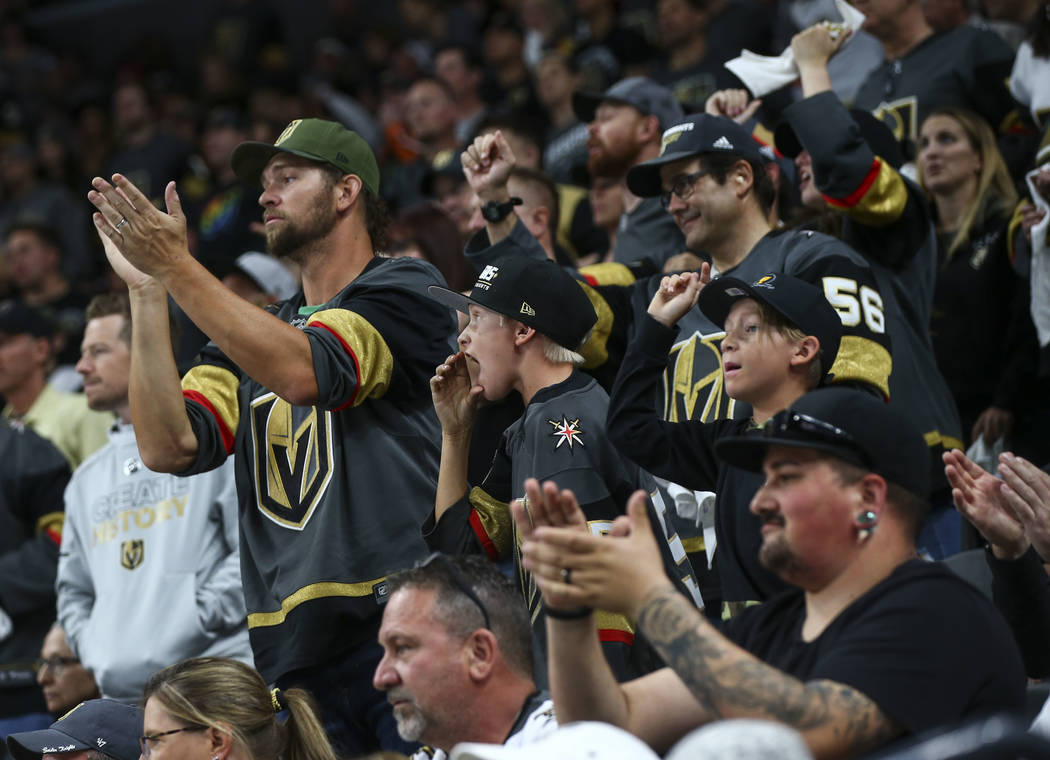 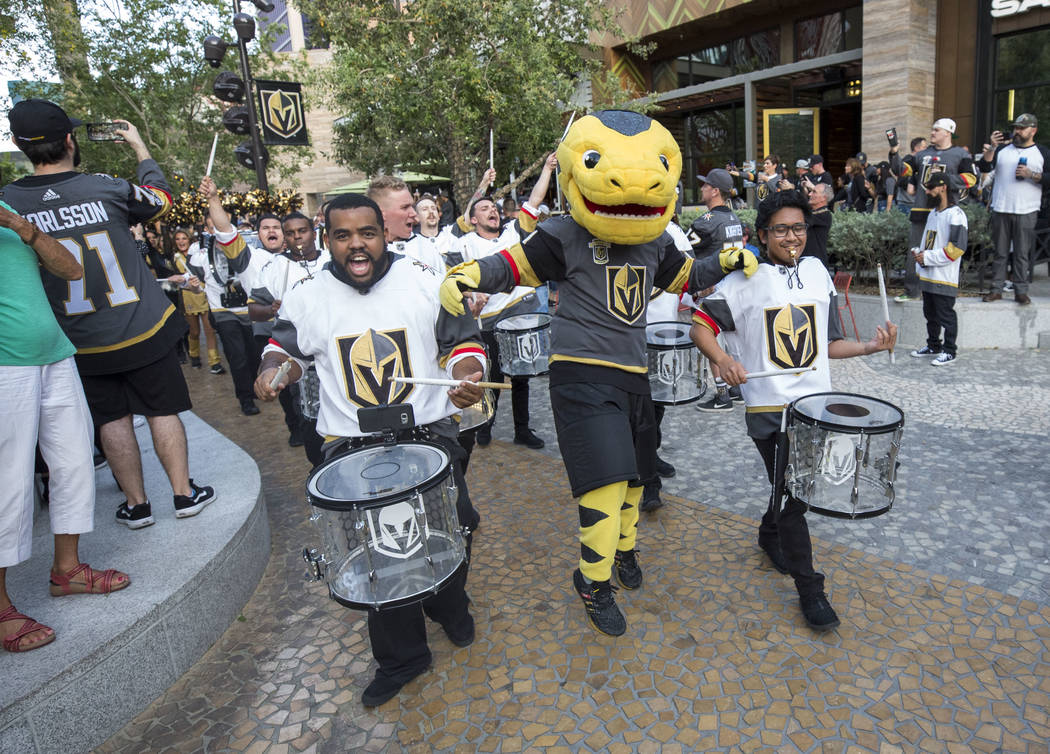 The Vegas Golden Knights mascot Chance the Golden Gila Monster and the Knight Line participates in the March to the Fortress ahead of Game 1 of an NHL hockey first-round playoff series between the Golden Knights and the Los Angeles Kings at T-Mobile Arena in Las Vegas, Wednesday, April 11, 2018. Richard Brian Las Vegas Review-Journal @vegasphotograph 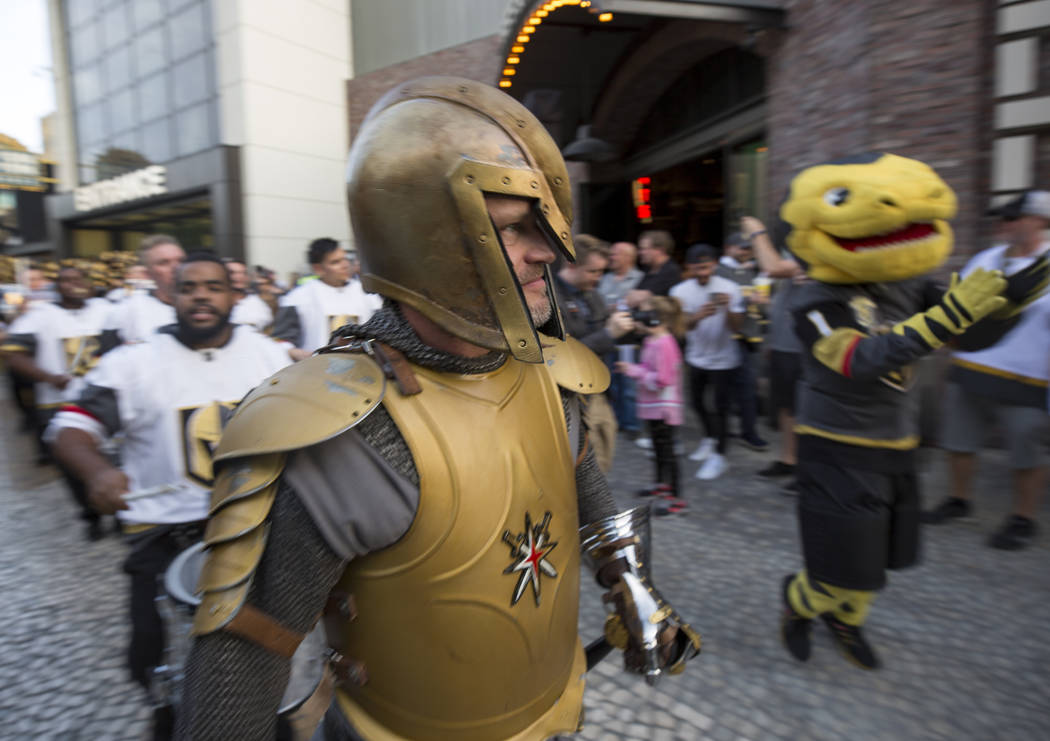 The Vegas Golden Knight and Chance the Golden Gila Monster participate in the March to the Fortress ahead of Game 1 of an NHL hockey first-round playoff series between the Golden Knights and the Los Angeles Kings at T-Mobile Arena in Las Vegas, Wednesday, April 11, 2018. Richard Brian Las Vegas Review-Journal @vegasphotograph

But a leading urban growth researcher says Orlando and Las Vegas are exceptions because of the strength of their regions’ tourism economies.

Robert Lang, executive director of Brookings Mountain West and the Lincy Institute, on Thursday said Southern Nevada’s lack of a quality venue to attract major special events has hampered its ability to capitalize on its core economic strength — special entertainment and sports events.

Lang and four other panelists discussed issues surrounding the arrival of major-league sports teams to Southern Nevada and the venues that house them in a session sponsored by the Las Vegas Metro Chamber of Commerce’s Leadership Foundation of Greater Las Vegas.

The Raiders are building a 65,000-seat, $1.8 billion indoor stadium at Interstate 15 and Russell Road using $750 million of public money authorized by the Nevada Legislature.

“When we lose some of the stigma associated with the original idea and shock that we would be the exclusive brand associated with gaming, when gaming becomes ubiquitous and Las Vegas becomes just another town with a hockey franchise and a football franchise, one of the benefits we’re going to have is that one of the best sectors that we’re really gaining ground in is business services,” Lang said.

Additional business services will result in the expansion of financial and insurance centers, management consultancies and advertising agencies, Lang said. Las Vegas has a leg up on many cities, he said, because it has an airport at which business people can catch a nonstop flight to virtually any domestic destination.

“We can now sell this town as a center for regional banking and regional advertising, because the greatest thing we can promise you is that you can make it here,” Lang said. “You can get here and you won’t be diverted and you won’t get lost changing planes in Dallas or Salt Lake City. That’s one of the gifts that tourism keeps giving.”

The expansion of business services will help solve another issue stadium critics often raise, Lang said: Taxes on new businesses and on special events themselves — think live entertainment taxes — will create general-fund dollars that can be dedicated to education, roads and highways.

“We were originally stigmatized with the association to the uniqueness of gaming, but now that it’s ubiquitous and you’ve got this additional legitimization due to the NFL and all the other sports franchises, Las Vegas will flourish in that sector,” he said. “We’re already about where we should be in the predicted share, but now we can explode in that sector. That makes up for all the other things that everybody’s whining and whiffing about all the time.”

Panelist Cathy Tull, chief marketing officer of the Las Vegas Convention and Visitors Authority, said the presence of out-of-town media for playoff games featuring the Vegas Golden Knights has given the city media mentions that money can’t buy. As an example, Tull cited the numerous stories about “the Las Vegas flu,” the theory that teams playing the Golden Knights at T-Mobile Arena aren’t at their best because they’re distracted by all of Las Vegas’ other attractions.

“The great thing for selling the destination and about that whole story is that there’s all this conversation about the hundreds of other things you can do in Vegas, because that’s getting actual news attention,” Tull said. “They’re talking about dining and nightclubs and a hundred other things you can do in Vegas when teams are coming here, and they’re distracted by everything else. That’s not a bad thing, because the storyline is ‘And the Knights won.’”

Another issue receiving the panel’s attention is the need for mass transit with all the teams, venues and anticipated visitation they will generate.

“Our airport is one of the rare unserved airports with some form of alternative transit,” Lang said. “We do face some kind of a congestion mobility crisis if we don’t get ahead of that.

“We’re talking about two highly successful franchises, two stadiums next to one another in a very tight space,” he said. “We’re going to have to find some other means of transportation through that district, or we’re just going to choke to death on it, and that’s my biggest fear about these investments.”