Las Vegas visitation better in 2021, but not to prepandemic levels 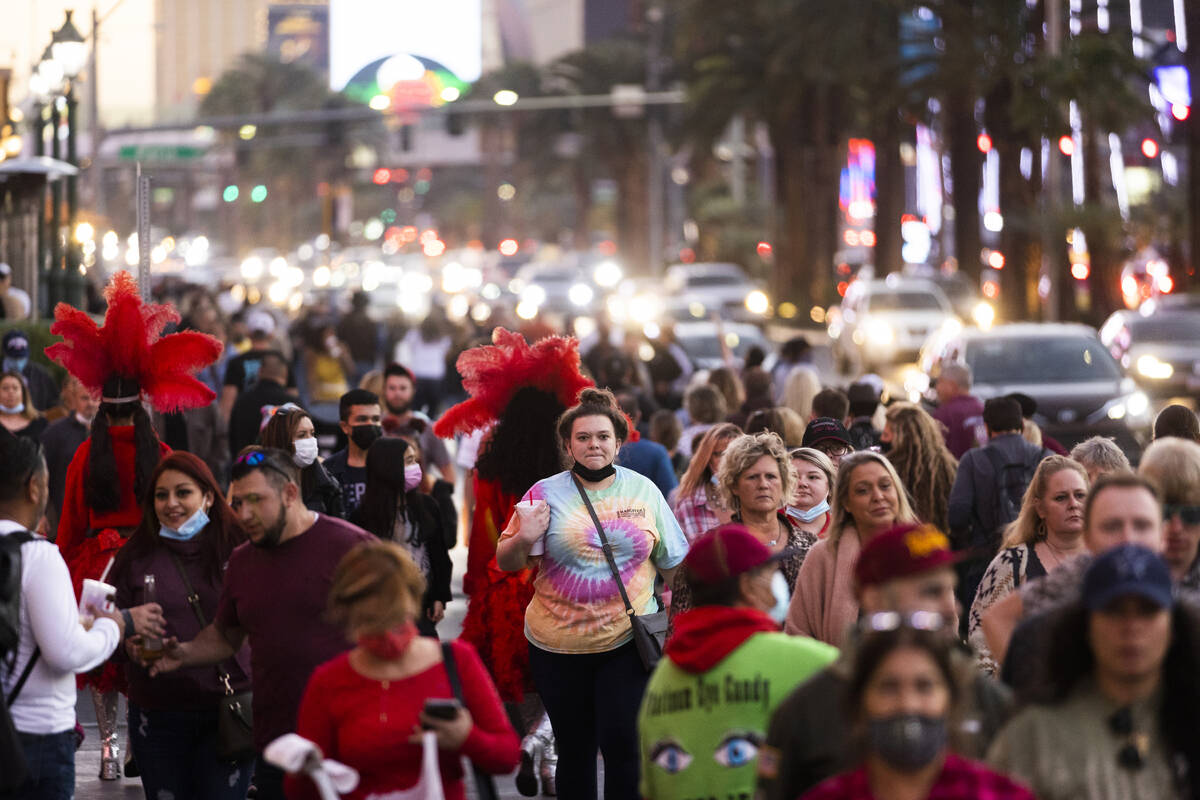 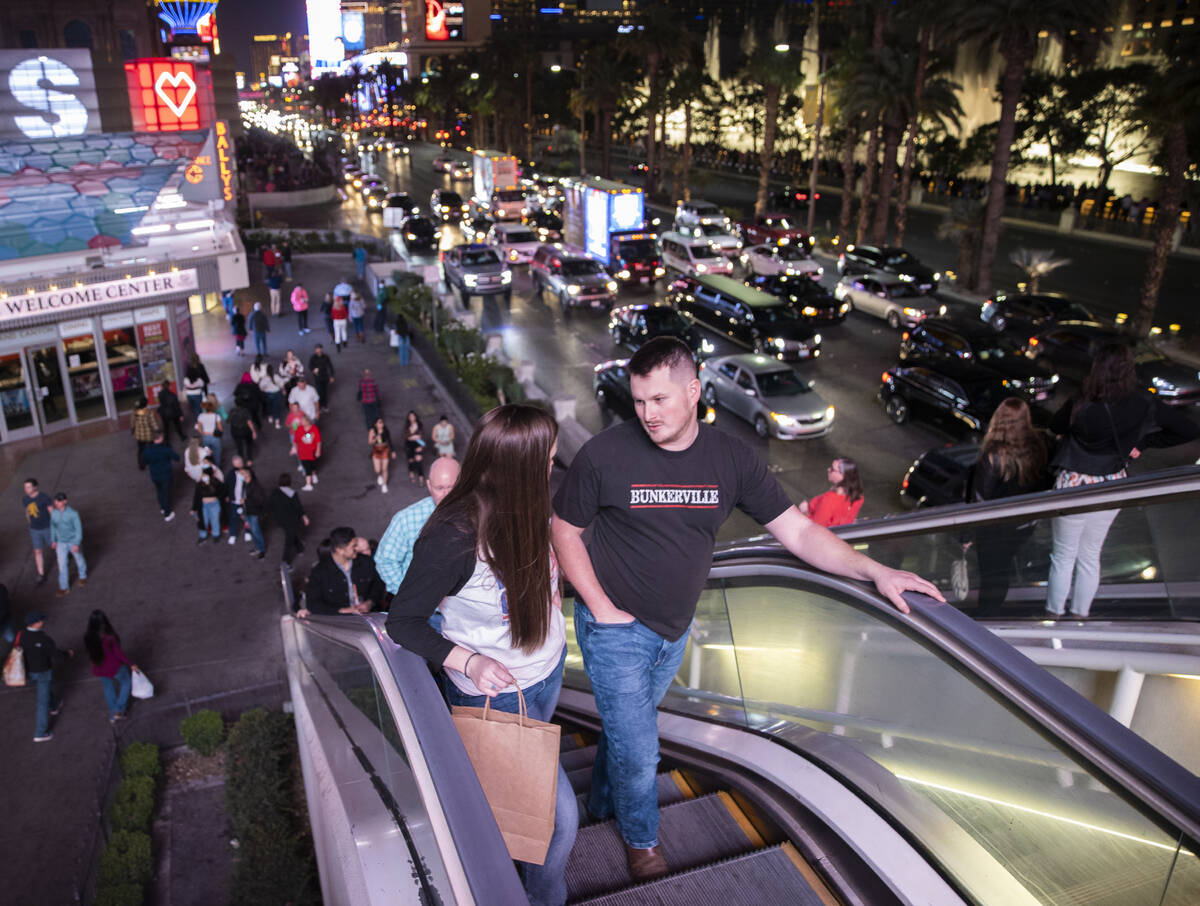 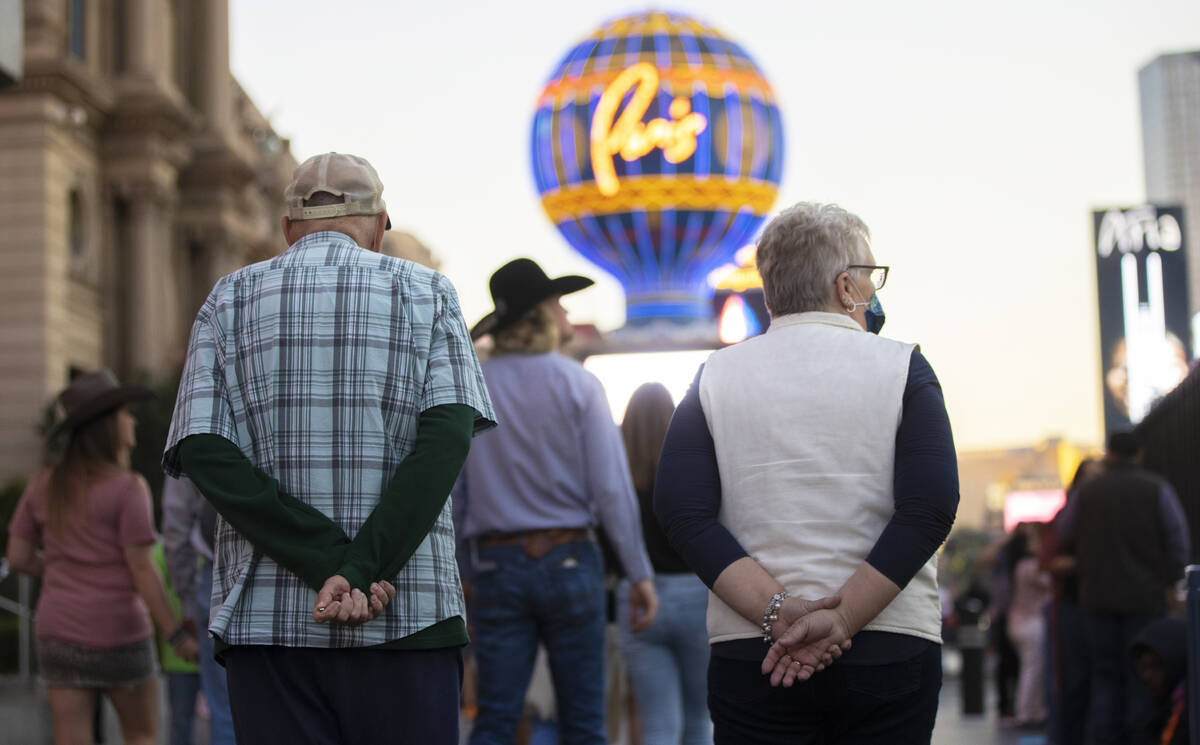 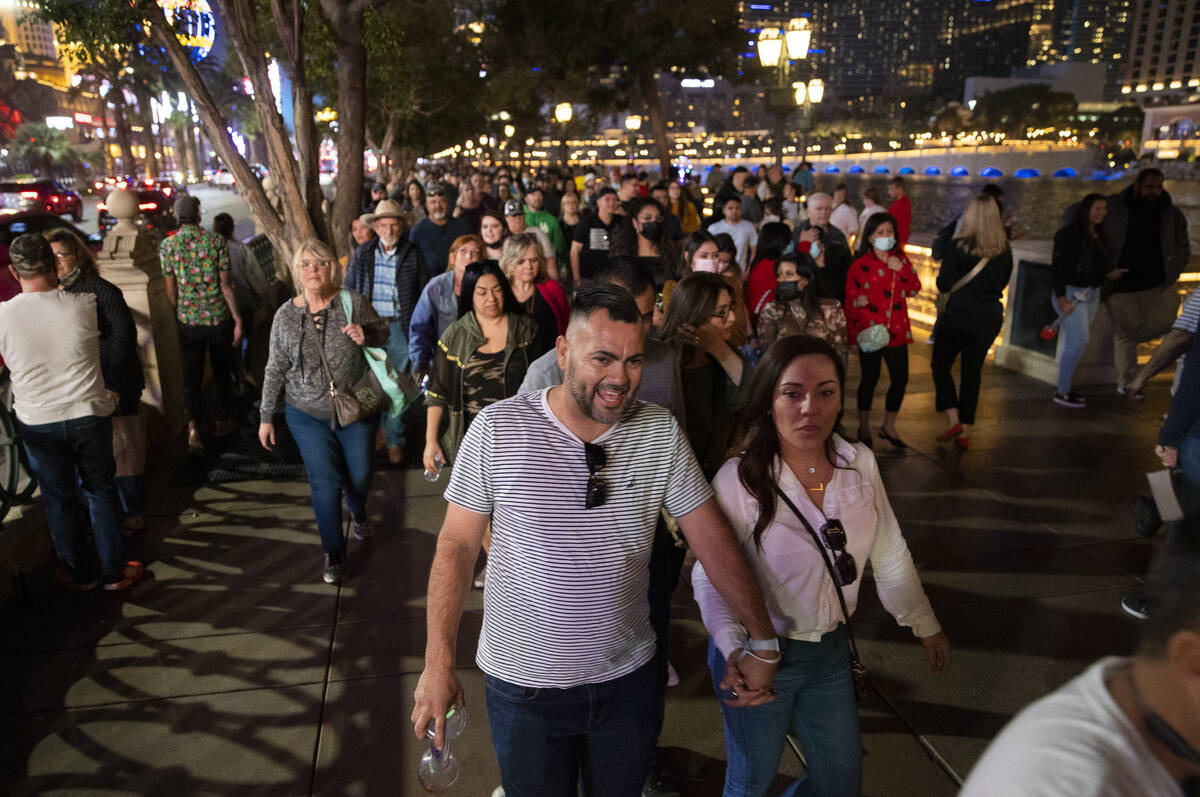 Las Vegas visitation improved in 2021, but was still short of the pre-pandemic numbers of 2019, the Las Vegas Convention and Visitors Authority reported Thursday.

The all-time record visitation number of 42.9 million people was established in 2016.

The city’s December numbers weren’t as high as November’s, but they were far better than December 2020 and, in some categories, December 2019.

Nearly every category of tourism indicators showed the same pattern of numbers — higher figures in 2021 over 2020, but lower numbers than in 2019.

But there were a few exceptions.

“Overall hotel occupancy approached 67 percent for the year, dramatically ahead of 2020’s 42.1 percent, but below the 88.3 percent level of 2019,” said Kevin Bagger, vice president of the LVCVA research center.

Also noteworthy was that Clark County gaming win — the amount casinos won from players — was higher in 2021 than in 2020 and 2019, the Nevada Gaming Control Board reported earlier Thursday. Gaming win patterns were the same for the Strip and downtown Las Vegas.

The convention industry, while rebounding, still remains well below 2019 figures.

“Amidst the challenges of COVID, active and evolving safety and health protocols across the destination allowed Las Vegas conventions and meetings to continue in 2021 with an estimated attendance of 2.2 million for the year, roughly a third of pre-COVID levels,” Bagger said.

Since June, Bagger said the Las Vegas Convention Center hosted 52 trade shows and events with more than 700,000 attendees, demonstrating the value of conducting business in-person and showcasing confidence by trades how organizers that meetings can be held safely and efficiently. That included the return of hallmark trade shows such as World of Concrete in June, which represented the first major trade show to reconvene in the United States since the start of the pandemic, and SEMA, an automotive industry trade show that attracted more than 100,000 attendees.

For 26 straight years, Las Vegas remains the top trade show destination in North America, according to the Trade Show News Network, the world’s leading resource for the trade show, exhibition and event industry.

The convention industry was bolstered by the completion and opening of the Convention Center’s $1 billion West Hall for World of Concrete. The show for the concrete and masonry industry returned to Las Vegas for its 2021 event last week.

The convention authority is counting on major special events — concerts, residencies and sports — to attract people to Las Vegas on a regular basis.

The LVCVA board of directors approved approximately $27 million in investments to bring special events to Las Vegas through June 2022. And the destination shows no signs of slowing down.

One of the keys to the city’s success is that visitors are finding their way to Las Vegas, according to a research note issued Thursday by Joe Greff, a gaming analyst with New York-based J.P. Morgan.

“Relative to 2019, December average daily auto traffic was 8 percent higher on all major highways and 12.2 percent higher at Interstate 15 at the Nevada-California border,” Greff said. “Total air passengers was 3.87 million, down 3 percent sequentially and down 9 percent vs. 2019.