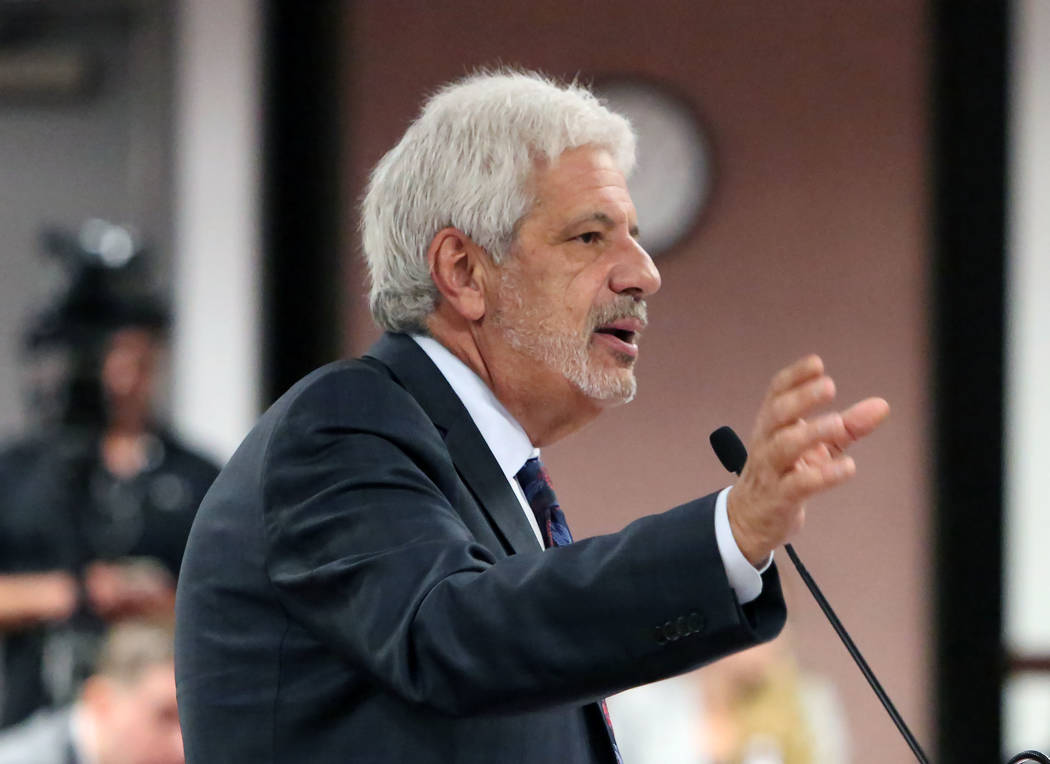 The Las Vegas Convention and Visitors Authority’s advertising and marketing consultant will use augmented reality, virtual reality and artificial intelligence with some audiences in an attempt to draw more visitors to Southern Nevada.

A team of 10 executives from Las Vegas-based R&R Partners spent nearly two hours Thursday with a five-member LVCVA committee explaining the strategies of “Hypervegas.3,” a campaign now in its third year designed to convince travelers to make more leisure and business trips to Southern Nevada.

The committee got its first glimpse of the multiplatform brand awareness and marketing campaign and marketing program designed to produce record visitation to the city in 2020.

The R&R team also noted that changes in Las Vegas will affect messaging. For example, the new presence of the National Football League next year and the anticipation to host the NFL draft next spring will result in a massive new special event for the city that not only will draw tens of thousands of people to the city but will give it an opportunity to show off new attractions in town.

While R&R, which has a $102 million advertising and marketing budget through the LVCVA, will continue to produce some of its popular television ads using its new “Vegas Changes Everything” theme, it also will message through paid digital and social media, work with media influencers and continue its website and email programs.

The LVCVA is counting on 2020 being a record year for visitation because of a variety of new attractions expected to open, including Allegiant Stadium, new convention facilities at Wynn Las Vegas and near Caesars Entertainment’s Linq Hotel property with new resorts on the Strip — Resorts World Las Vegas — and downtown — Circa.

The end of 2020 or early 2021 also are the targeted opening dates for the LVCVA’s new convention center expansion and the MSG Sphere at The Venetian, a 17,000-seat performance venue being built by The Madison Square Garden Company near The Venetian and Palazzo.

Las Vegas had record visitation of 42.9 million people in 2016 and record convention attendance of 6.6 million in 2017. Both records could fall in 2020 thanks to an increase in hotel room capacity and convention space. Through July, visitation is 0.3 percent ahead of the 2018 pace that finished at 42.1 million visitors.

Marketing to potential Las Vegas visitors is challenging because messages being designed by R&R Partners, the LVCVA’s contracted marketing and advertising consultant, are reaching four different demographics — Generation X and Baby Boomers that range in age from 35 to 64 and Generation Z and Millennial travelers that are 21-34.

“Marketing Las Vegas has become extraordinarily complicated,” said R&R Principal Billy Vassiliadis. “A 12-month plan is almost a misnomer in that in these days where attention spans are 30 to 45 seconds, where trends change in hours if not minutes, where customers — we have three or four major customer segments but within those we have tens of segments and within each one of those segments — have a different value system, a different kind of activity and a different reason for being there and different experiences they want to share.”

Vassiliadis said not only is Las Vegas trying to reach multiple audiences, but the audience is constantly changing.

“There’s been such amazing change over the last decade in how people consume information and where they get it,” Vassiliadis said. “Yes, we have a 12-month plan and we’ve pre-bought some things for efficiency. But generally speaking, this is very much a day-to-day if not hour-by-hour exercise.”