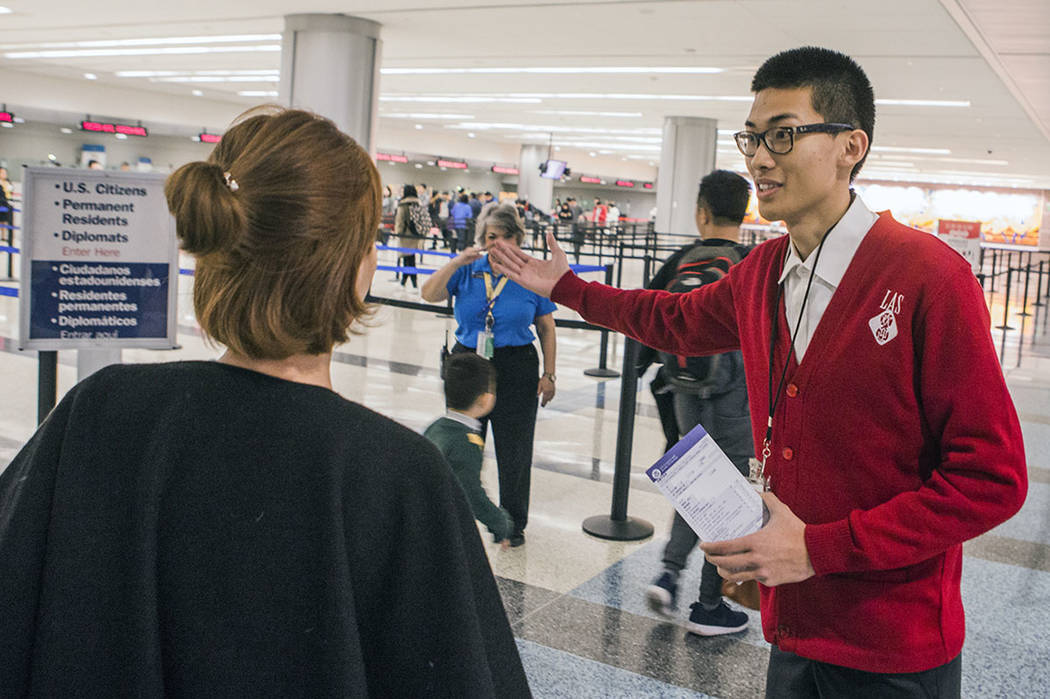 WeChat — one of the apps President Donald Trump believes could be a national security risk — is no longer being used as a tourism guide for Chinese visitors arriving at McCarran International Airport.

McCarran spokesman Joe Rajchel said Friday the airport discontinued use of WeChat at McCarran in January, when Hainan Airlines discontinued service. The airline used to have three weekly nonstop flights between Las Vegas and Beijing.

Trump issued executive orders Thursday effectively banning the use of the TikTok social media app and WeChat, a messaging, social media and mobile payment app developed and released by TenCent Holdings Ltd. in 2011. The ban is set to take effect in 45 days.

Trump is urging an American company to acquire WeChat and TikTok and believes Chinese operatives are acquiring information on app users that could be detrimental to national security.

McCarran had partnered to develop a WeChat page that helped guide Chinese tourists to Southern Nevada resorts and tourist attractions. It debuted locally in 2017.

A spokeswoman for Caesars Entertainment Inc. did not return a request for comment Friday.

“Social media and lifestyle apps like WeChat play an important role in the business of global tourism,” said Ron Reese, a spokesman for the company. “Las Vegas is certainly at a point where we need to be communicating with as many customers as possible. Hopefully this is resolved in a way that won’t have a negative impact on our ability to attract visitors to Las Vegas.”

Boyd has since changed his tune.

He said President Xi Jinping has hardened China’s stance toward Americans and tourism between the two countries is crumbling.

Boyd has presented aviation conferences in China in the past, but he’s now concerned about the safety of Americans who travel there and suspects the government is gathering information on travelers that use the apps.