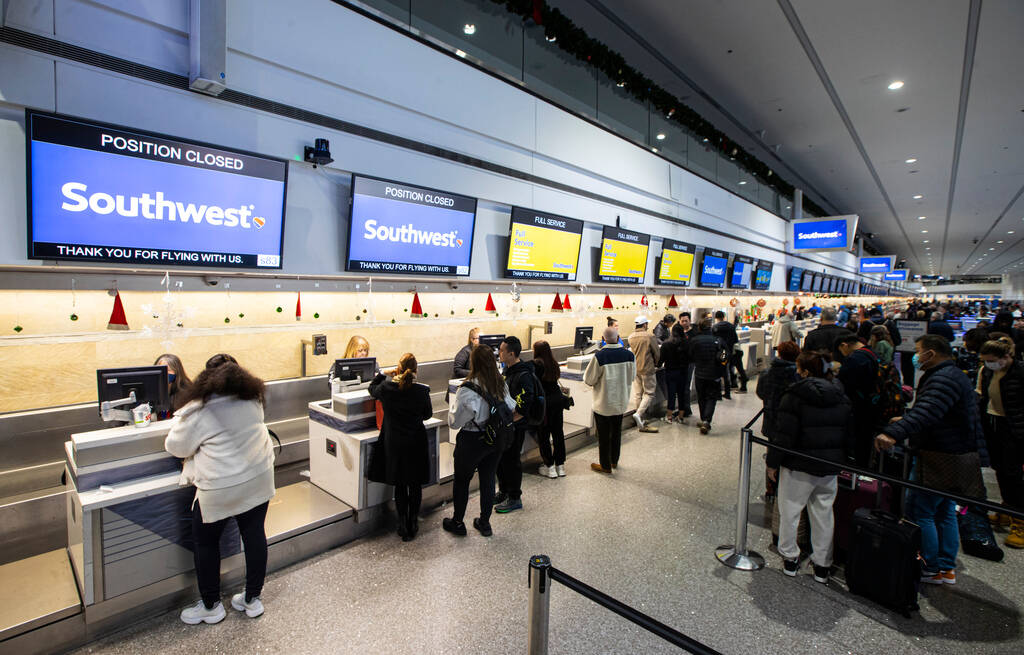 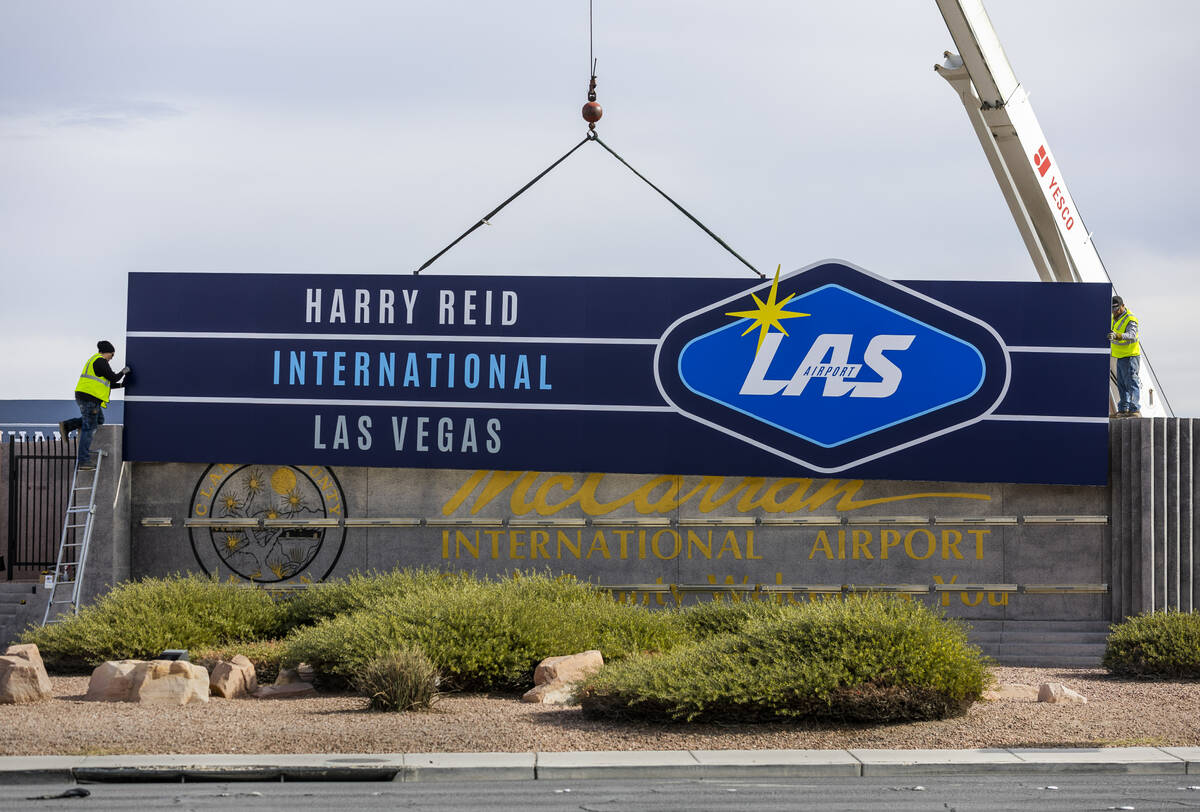 More passenger records are on the horizon for Harry Reid International Airport — a feat that would likely propel officials to build a reliever airport south of Las Vegas.

The Las Vegas Convention and Visitors Authority’s aviation consultant, Ailevon Pacific Aviation Consulting, told board members Tuesday that the airport can anticipate higher traffic in 2023, after record capacity in 2022.

Joel Van Over, senior director at Ailevon, said capacity in March could be close to the record capacity — around 97,000 inbound seats — recorded in October 2022.

The high level of capacity resulted in record arrivals that month with 5.2 million passengers. It marked the first time the airport welcomed more than 5 million people in one month.

Clark County Aviation Department Director Rosemary Vassiliadis, who also attended the meeting, said the challenge now is balancing the scheduling of arrivals and departures. She said the airport is working with its growing list of airlines serving the airport to “smooth out the peaks” of arrivals.

“The success of all of these events that have been coming back to Las Vegas or coming to Las Vegas for the first time yielded some remarkable highs for us and for the industry,” Vassiliadis said. “It’s an absolutely phenomenal story. It’s wonderful that the team is getting seats in, but, no offense, it’s better that they’re filled, and they’re filled with people flying in and out of the destination.”

She noted a focus on customer experience is critical because the first and last impression people have of Las Vegas is the airport.

December passenger volume is expected to be reported later this month, but for the first 11 months of 2022, 48.3 million people — 3.2 million shy of 2019’s all-time annual record of 52.5 million passengers — arrived and departed from Reid.

Vassiliadis said the full capacity of Reid is somewhere around 63 million to 65 million passengers.

The long-term plan to address high levels of capacity is to build a reliever airport in Ivanpah Valley on 6,500 acres located 30 miles south of Las Vegas between Jean and Primm. The question will become whether that airport could be built in time to handle future capacity numbers.

Vassiliadis said Reid is well-versed in the role of reliever airports, citing the explosive growth of general aviation flights and charters arriving in Las Vegas.

Many of the large aircraft chartered for flights for special events, like games at Allegiant Stadium, park on the west side of the airport and use private terminals. There’s also been a major increase in the number of small corporate jets using parking space on the airport’s west side, and Reid officials have asked those users to fly into Henderson Executive Airport and North Las Vegas Airport.

Formula One will bring crowds

Even with the local reliever facilities available, Reid is expected to be put to the test in November when Las Vegas hosts the Formula One Las Vegas Grand Prix, an event that attracts many wealthy fans with access to private jets.

Using the March estimate of 96,579 available seats as a baseline, he said Reid could expect a 1 percent capacity increase in June, 3 percent increases in May and August and 4 percent increases in July and October. Declines in capacity are anticipated this year in February, September, November and December. The November flight schedule decline is expected to occur after that month’s Formula One race.

Las Vegas added 36 markets in 2022, compared with 17 markets prior to the COVID-19 outbreak. The 36 markets — 17 of them to previously unserved airports — were added by 10 airlines and provided an estimated 29,000 seats a week into the market.

In other business Tuesday, the LVCVA board approved an extension to an agreement through Las Vegas Events to sponsor the U.S. Bowling Congress Open Championships through 2039.

All resorts with bowling centers will benefit from the U.S. Bowling Congress events, with Open Championship host South Point getting about 40 percent of the business.