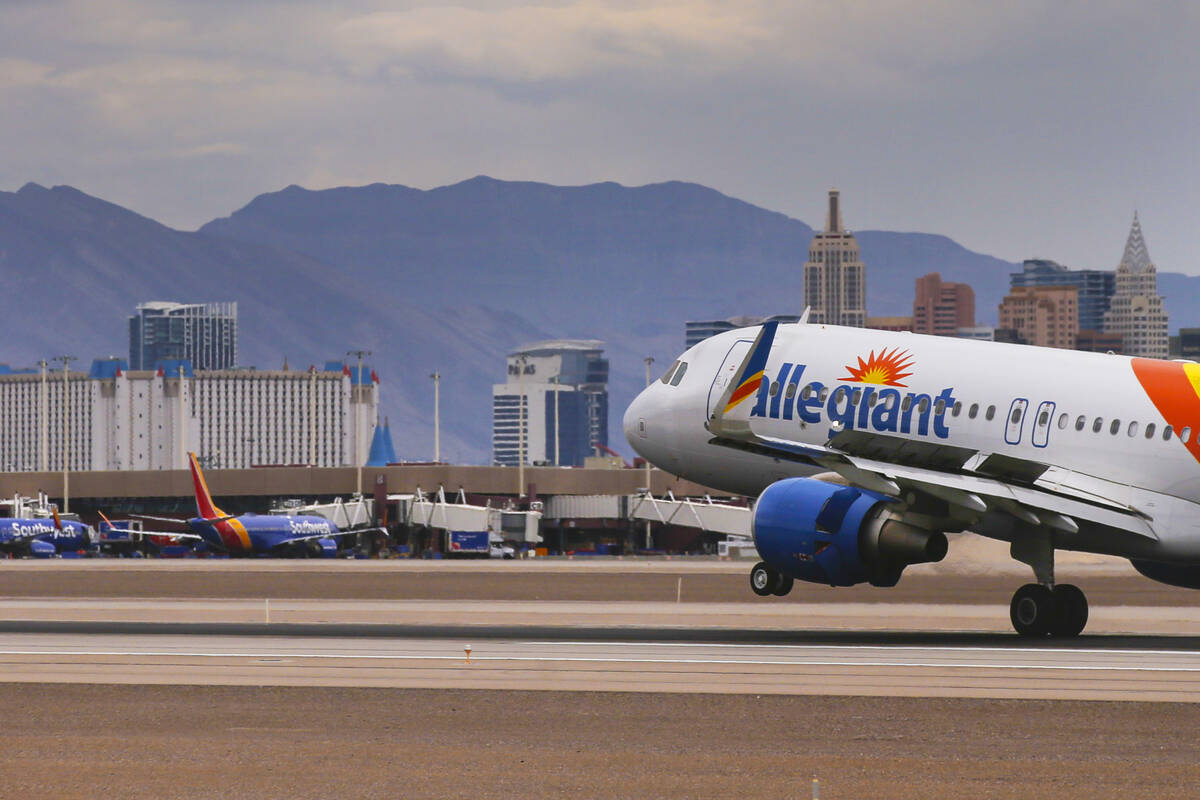 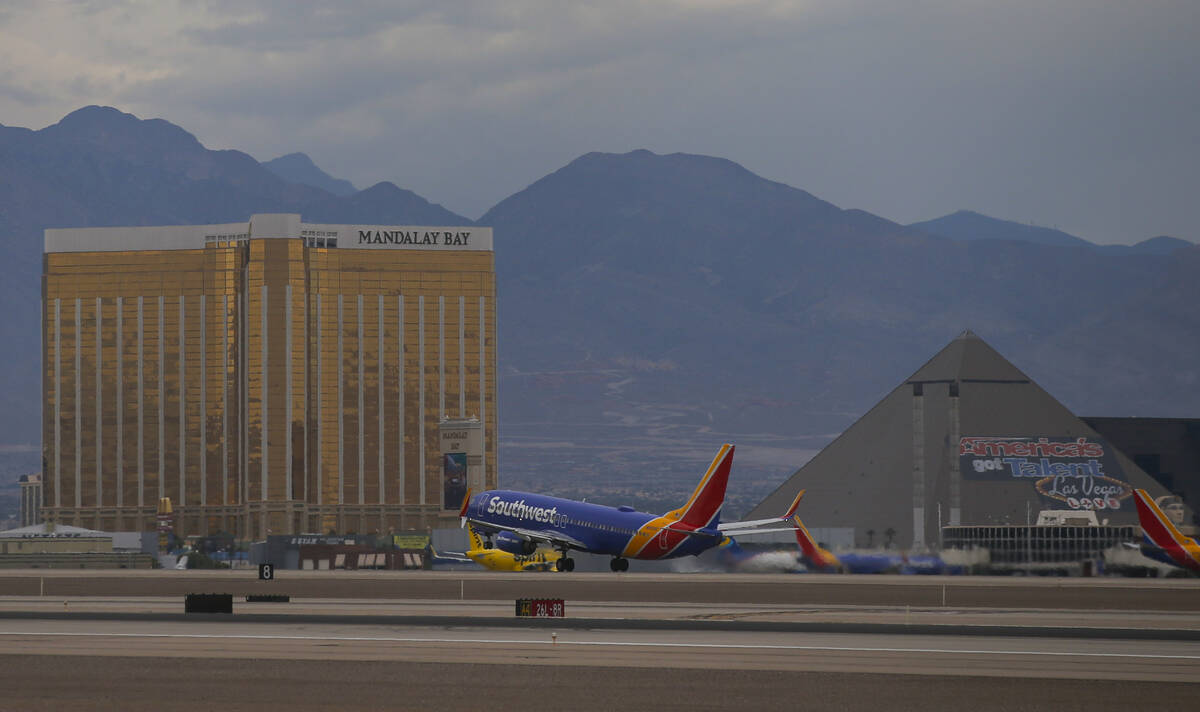 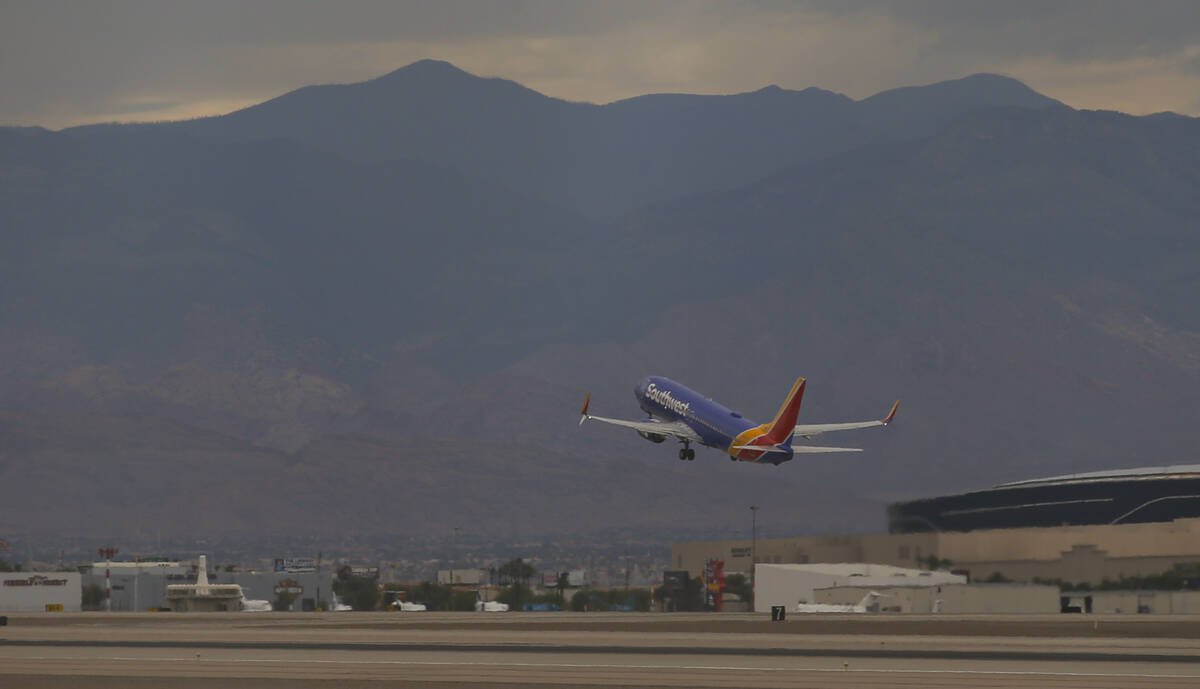 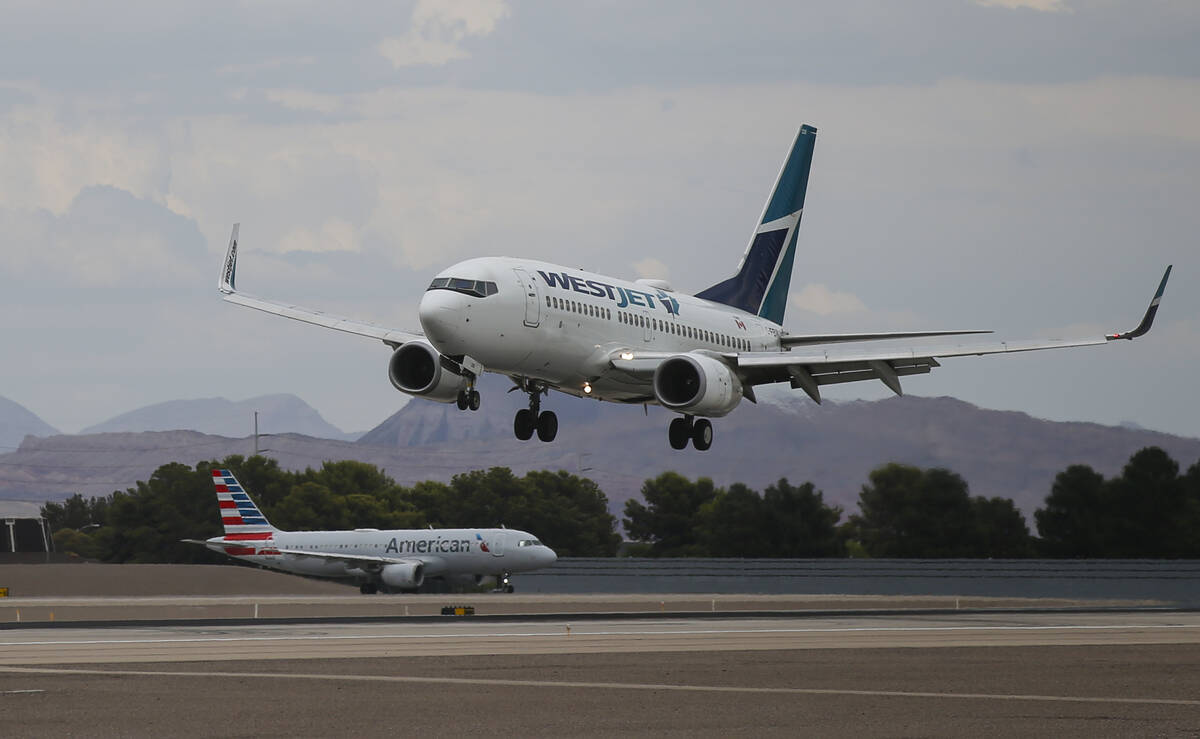 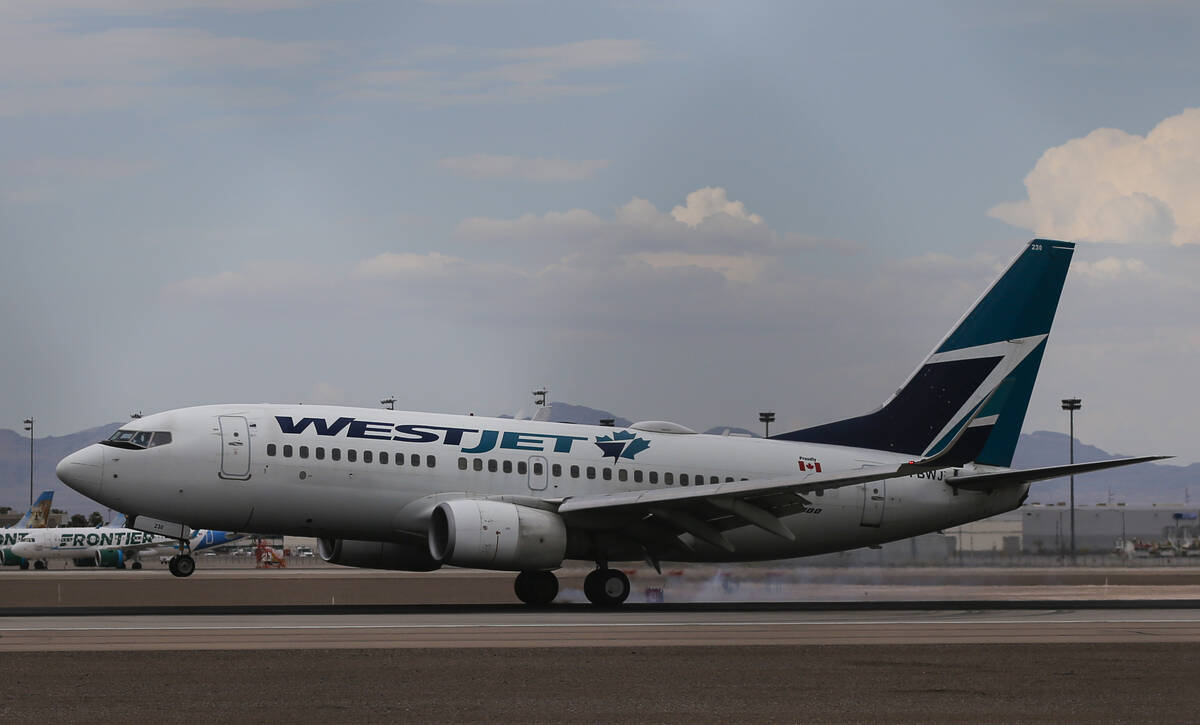 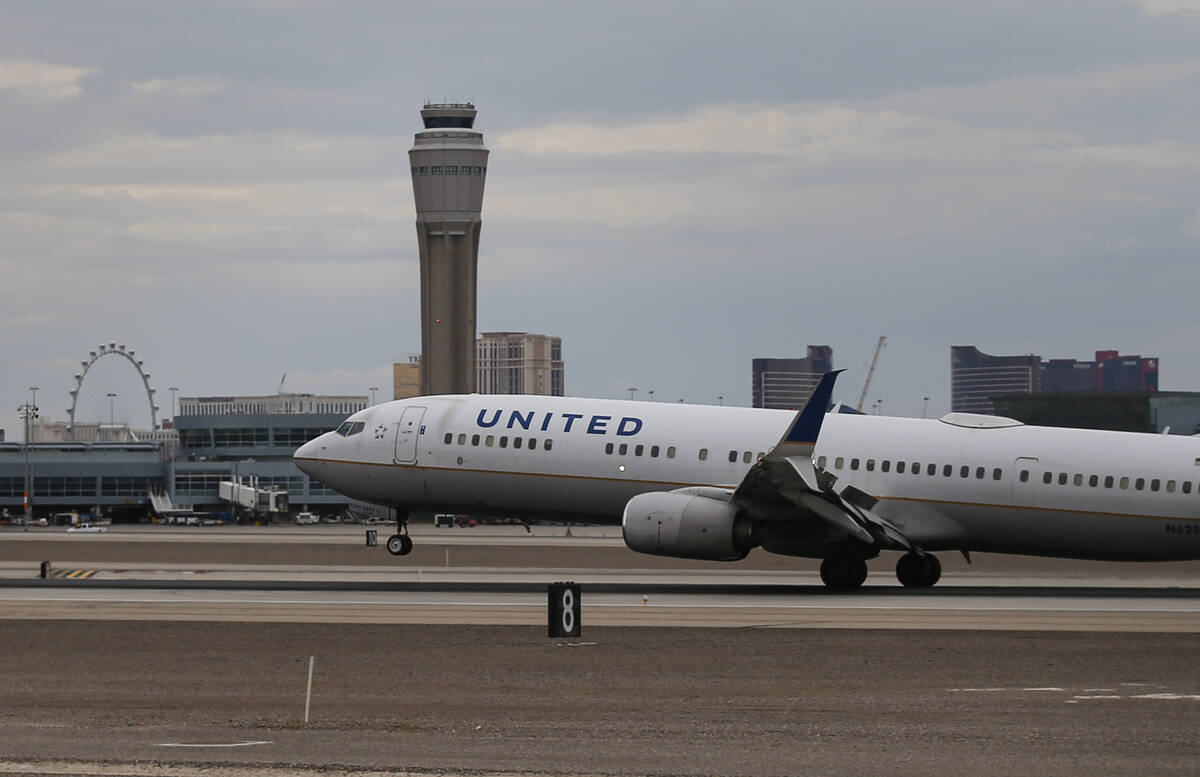 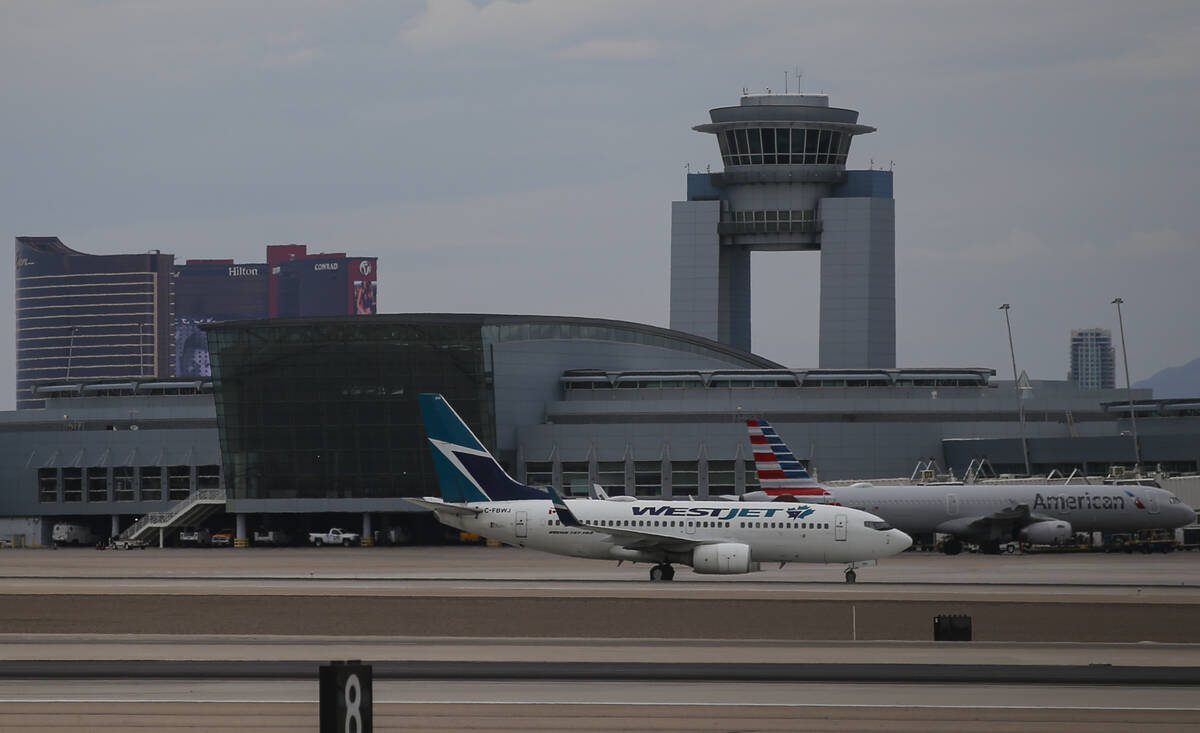 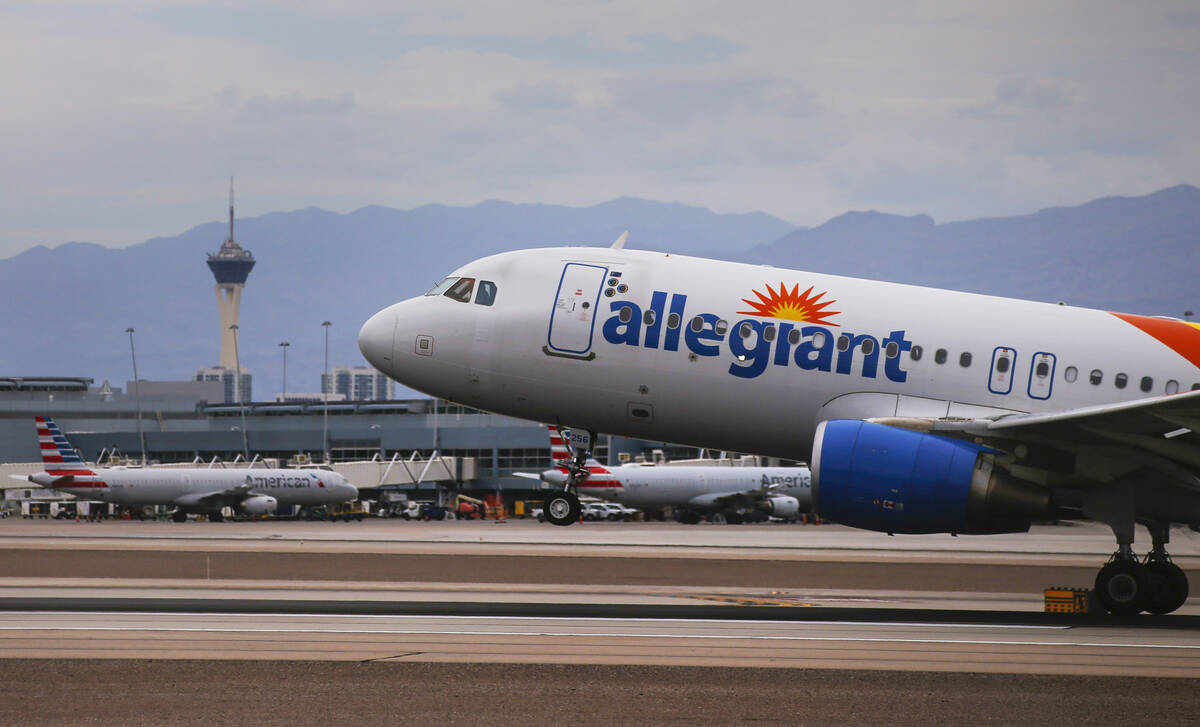 Harry Reid International Airport had its busiest month in history in June with 4.68 million passengers flying in and out of Las Vegas.

The total number, 22.9 percent more than in June 2021, surpassed the previous record of 4.61 million passengers set in October 2019, an airport spokesman said Tuesday.

Domestic arrivals and departures were up 18.2 percent from June 2021, while international travel increased by 357 percent over last year.

“We are continuing to see a strong domestic demand for Las Vegas, which has really been the story of our recovery,” Reid International spokesman Joe Rajchel said Tuesday. “June saw the launch of a new airline, Breeze Airways. The airline had service to and from Richmond, Virginia; Syracuse, New York; and Fort Myers, Florida, in June. International numbers also continue to rise, which is encouraging.”

It could get even busier in the months ahead.

“I will point out that June ’22 surpassed the October ’19 record with one fewer calendar days,” Rajchel said. “June was also absent a big event at Allegiant Stadium. We will be interested to see where July ends, considering it has one more day than June, there was the three-day holiday weekend and the various major soccer events at Allegiant Stadium.”

For the first half of 2022, Reid International reported 24.28 million passengers, putting it on track to easily eclipse last year’s 39.71 million passengers but land short of the record 51.54 million recorded in 2019.

Passenger counts were boosted by record passenger seat capacity on flights coming to the Las Vegas market in June.

“Seats into the market represent the opportunity to travel, but we saw a significant conversion to actual passengers in those seats, which serves as further evidence that demand remains high,” Rajchel said.

According to Reid statistics, the capacity numbers will continue to grow through the summer. In June, 89,258 seats a day were scheduled for arrivals and departures at the airport compared with 72,623 seats in June 2021, a 22.9 percent increase. The July seat forecast is for 91,348 a day.

New airlines, including ultra-low-cost Breeze, began service to Las Vegas in June and several carriers, along with Frontier Airlines, have added flights to new destinations.

International operators that had been inactive during the COVID-19 pandemic have returned, and some airlines are using larger planes on their existing routes.

Ultra-low-cost carriers Spirit and Frontier showed the highest percentage increases of 58.3 percent to 656,064 passengers and 22.4 percent to 427,827 passengers, respectively.

On the international side, Aeromexico showed a 61.7 percent boost to 14,252 passengers over last year. KLM, Condor, Edelweiss and Eurowings showed moderate month-over-month increases from May, offsetting slight declines by Air Canada, British Airways and Virgin Atlantic.

Brendan Bussmann, a gaming industry analyst and founder of Las Vegas-based B Global, applauded Reid’s June numbers but warned that there are still danger signs within the economy.

“The recovery continues to provide us with record numbers in a host of areas, and June’s monthly total at the airport now adds to that list,” Bussmann said Tuesday. “ However, we need to see how we sustain that long term and build upon the successes that we had as we headed into 2020 before the Great Shutdown.”

Bussmann listed some of the headwinds the economy and the airline industry will continue to face.

“There are definitively challenges ahead in air travel as we have seen with continued fuel issues, labor challenges and overall cancellations throughout the industry,” he said. “Those will continue to hover over a recovery in addition to the inflationary pressures that we are seeing throughout the economy as airfare pricing increases.”