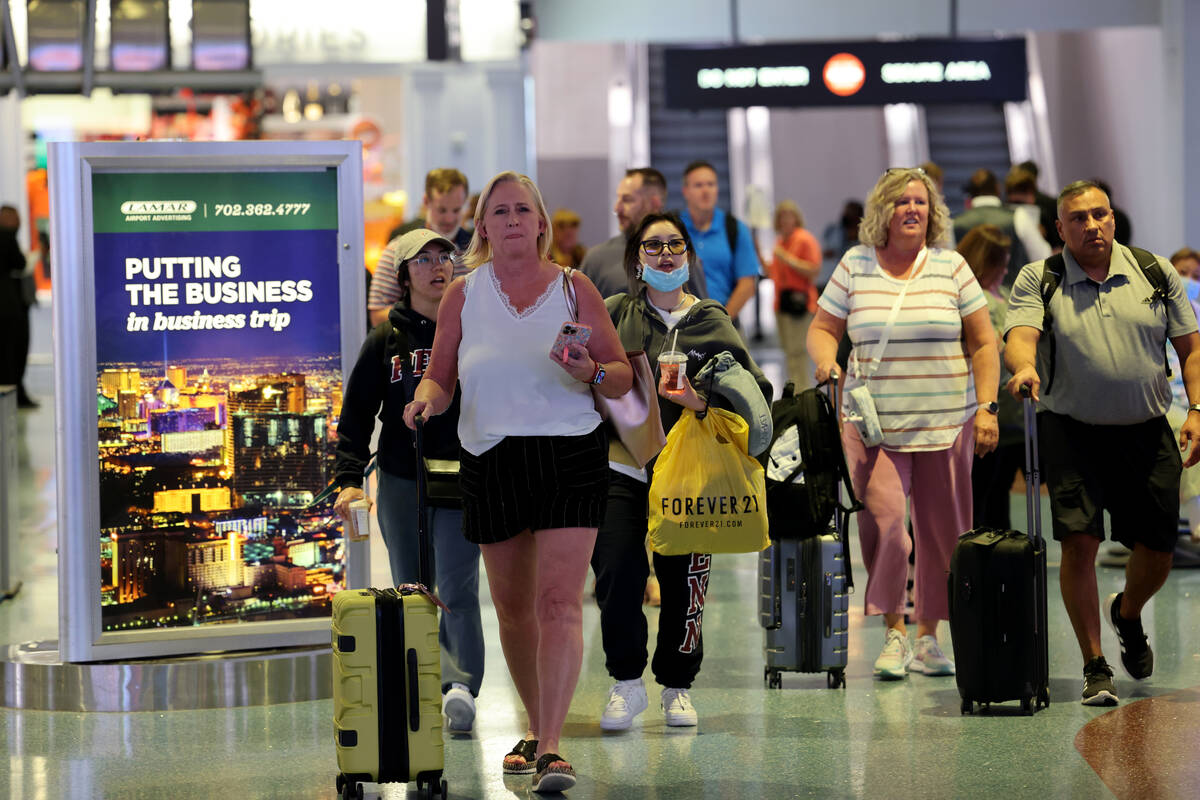 Harry Reid International Airport ranks in the top tier for customer satisfaction among North America’s busiest airports, according to a survey released Wednesday by J.D. Power.

The airport finished fifth out of 20 “mega airports,” defined as those having more than 33 million passengers a year.

“Harry Reid International is doing well, all things considered,” said Michael Taylor, travel intelligence lead at J.D. Power. “It’s in the top five airports in the mega category for all the factors J.D. Power measures. It was sixth last year. It’s done a great job of maintaining its food, beverage, and retail sales compared to most other airports during the COVID recovery.”

The annual airport study — now in its 17th year — is based on 26,529 surveys from U.S. or Canadian residents, who traveled through at least one U.S. or Canadian airport, and covers both departure and arrival experiences during the past 30 days. Travelers evaluated either a departing or arriving airport from their round-trip experience. The study was fielded from August 2021 through July 2022.

Taylor said the combination of pent-up demand for air travel, the nationwide labor shortage and steadily rising prices on everything from jet fuel to a bottle of water created a scenario in which airports are extremely crowded and passengers are increasingly frustrated — and it is likely to continue through 2023.

“Like many airports, the return to normal has put Harry Reid International through the wringer with high passenger volumes as people come back, but it’s handling the surge well,” he said. “The key is to keep up the pace and maintain satisfaction, especially in the months ahead, as people may travel more.”

Taylor said travelers had several beefs about the airports they flew to.

— Nearly one-fourth, 24 percent, of travelers said they did not make any food or beverage purchases at the airport because it was too expensive. That’s up from 20 percent in 2021 and 23 percent in 2019. Similarly, traveler satisfaction with the reasonableness of food and beverage pricing declined this year.

— Some big declines in traveler satisfaction was found at the parking lot, where a shortage of space caused satisfaction with surface parking lots to decline 45 points from 2021. Meanwhile, 14 percent of travelers said parking was more expensive than they expected, up from 12 percent in 2021 and 11 percent in 2019.

Among the large airports with 10 million to 32.9 million annual passengers, the top rankings went to Tampa International in Florida, John Wayne Airport in Orange County, California, and Dallas Love Field.