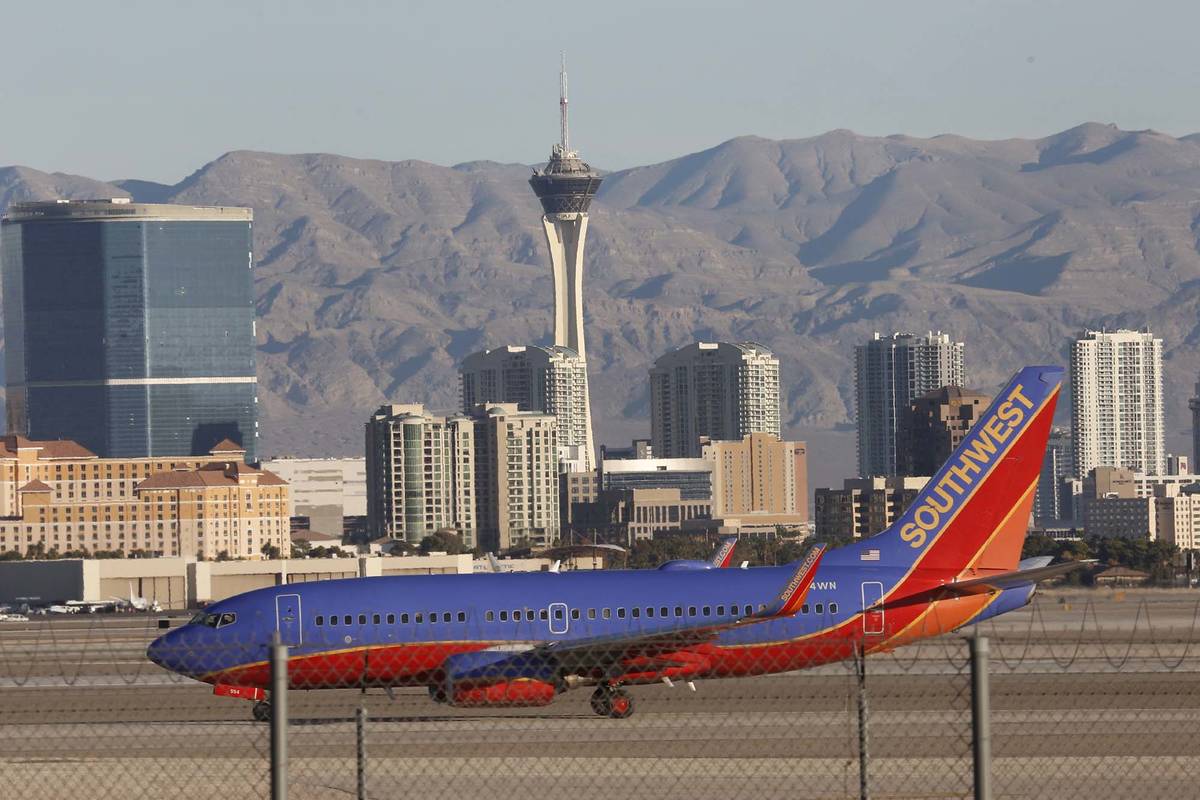 Ever since Southwest Airlines began serving the Hawaiian Islands in March 2019, the airline’s fans in Las Vegas have longed for nonstop flights there.

In June, they’ll get them.

Currently, all Southwest flights to Hawaii are routed through California airports.

Andrew Watterson, Southwest’s executive vice president and chief commercial officer, said the six-hour-and-20-minute flights to the islands and the five-hour-and-45-minute return flights would be flown on 175-passenger, twin-engine Boeing 737 MAX 8 jets, the most fuel-efficient in the Southwest fleet.

Watterson said all Hawaii flights would occur during daylight hours so that passengers will be able to reach their hotels or their homes before it gets too late.

Later in the year, Southwest will add three flights a week to Ellison Onizuka Kona International Airport on the Big Island of Hawaii and four a week to Lihue Airport on the island of Kauai. Kona and Kauai flights will be the first ever to and from Las Vegas.

Watterson, in an exclusive interview with the Review-Journal, said Southwest always had eyes on flying nonstop between Las Vegas and Hawaii, but was confronted with obstacles that prevented the company from carrying that out as rapidly as it hoped.

All MAX jets were grounded by the Federal Aviation Administration on March 13, 2019, after two air crashes — one in Jakarta, Indonesia, and another in Addis Ababa, Ethiopia — killed 346 passengers and aircraft crew members.

The FAA allowed MAX jets to return to service Nov. 18, 2020, but by then, the coronavirus pandemic was still raging and people were staying out of planes and airports.

“Now we find ourselves with the MAX ungrounded and doing quite well and COVID seems to be on its last legs, hopefully, and we see a lot of pent-up demand for leisure travel and so it’s a perfect time for us to pick up our plan and finish it off,” Watterson said. “I think the timing is right this summer to do that considering the substantial leisure demand and we’ve been wanting to do this for awhile.”

Watterson said that when Southwest executives went to Hawaii to see what kind of service residents wanted, their first choice was inter-island service and their second was flights to Las Vegas.

Las Vegas frequently is referred to as “the Ninth Island” because so many Hawaiians enjoy traveling to the city, particularly downtown Las Vegas.

“Hawaii has always been a top destination for Las Vegans as well as Las Vegas for Hawaiians. So now we have that as an automatic,” said Rosemary Vassiliadis, director of the Clark County Department of Aviation.

“Travel between two leisure destinations doesn’t always work, but in this case, it really does,” she said. “We all need a little Hawaii to get over this pandemic.”

Vassiliadis said McCarran has had to make some adjustments to accommodate the Hawaii service, expanding gate hold rooms for more passengers. She said she’s happy a major remodeling project of the airport’s C gates where Southwest’s arrivals come in has been completed.

“We are immensely appreciative of great airline partners like Southwest Airlines investing in increased nonstop flights to Las Vegas, especially during this critical time of our recovery efforts,” said Lori Nelson-Kraft, senior vice president of communications and public affairs for the LVCVA.

Las Vegas has played a major role in Southwest’s own recovery. To increase capacity, the airline added several new destinations with flights to and from McCarran.

A similar Hawaii announcement was also made Thursday for flights to and from Phoenix Sky Harbor International Airport. 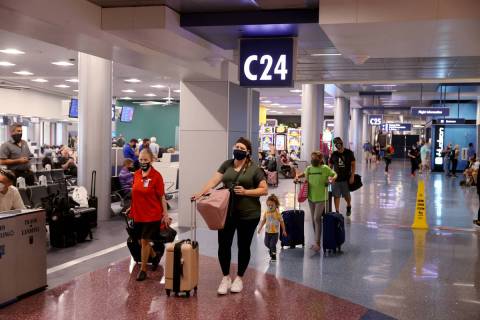