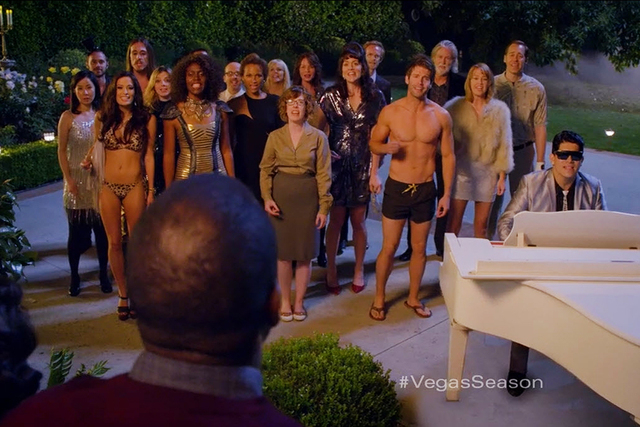 Vegas Season carolers serenade a couple at their doorstep in a television commercial produced for the Las Vegas Convention and Visitors Authority for its summer tourism campaign that debuted this month and runs through August. The authority board reviewed the campaign at its meeting Tuesday, May 12, 2015. (Courtesy Las Vegas Convention and Visitors Authority) 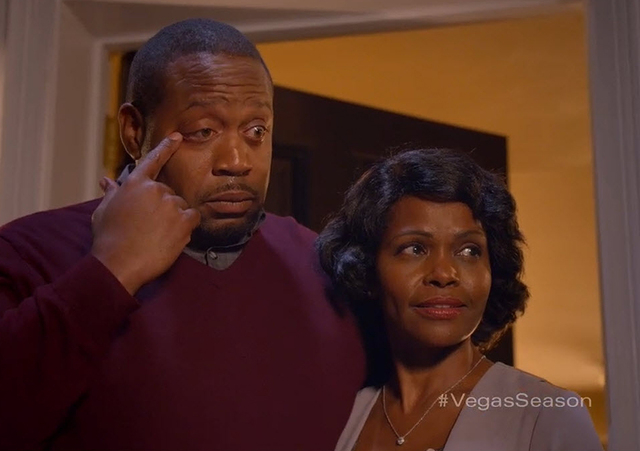 A couple is serenaded at their doorstep by the Vegas Season carolers in a television commercial produced for the Las Vegas Convention and Visitors Authority for its summer tourism campaign that debuted this month and runs through August. The authority board reviewed the campaign at its meeting Tuesday, May 12, 2015. (Courtesy Las Vegas Convention and Visitors Authority)

And the Las Vegas Convention and Visitors Authority is reminding prospective visitors across the country of that.

Repeating a popular marketing campaign that drew millions of visitors to the city in 2014, the entity that markets Las Vegas to the masses previewed its $16 million summer campaign that will include a series of humorous television advertisements juxtaposing the Christmas season with visiting Southern Nevada.

Cathy Tull, senior vice president of marketing for the authority, said the campaign is divided among different media channels because different demographics of visitors are motivated in different ways to make a trip.

For example, social media is an important piece of the campaign because the authority’s research has determined that millennial visitors are most influenced by photos and videos posted by friends as the top reason for a travel decision while friend videos and pictures are only the sixth-leading influencer for Generation X visitors. Older travelers are swayed by more conventional advertising.

In 2014, the city had 14.1 million visitors in May, June, July and August, and Tull is optimistic that city will attract at least that many visitors this summer.

In other business, the authority board unanimously approved a new airline consultation services agreement with Dallas-based Ailevon Pacific Aviation Consulting. The three-year contract is for $1.3 million with three one-year renewal options.

Las Vegas is one of the few destinations in which the convention and visitors authority teams with the area’s dominant airport for air service development.

The board also was told that the authority received the Outstanding Agency Accreditation Achievement Award from the Institute for Public Procurement recognizing its purchasing department’s policies, procedures and internal controls.

The authority is the only department in Clark County to receive the recognition.