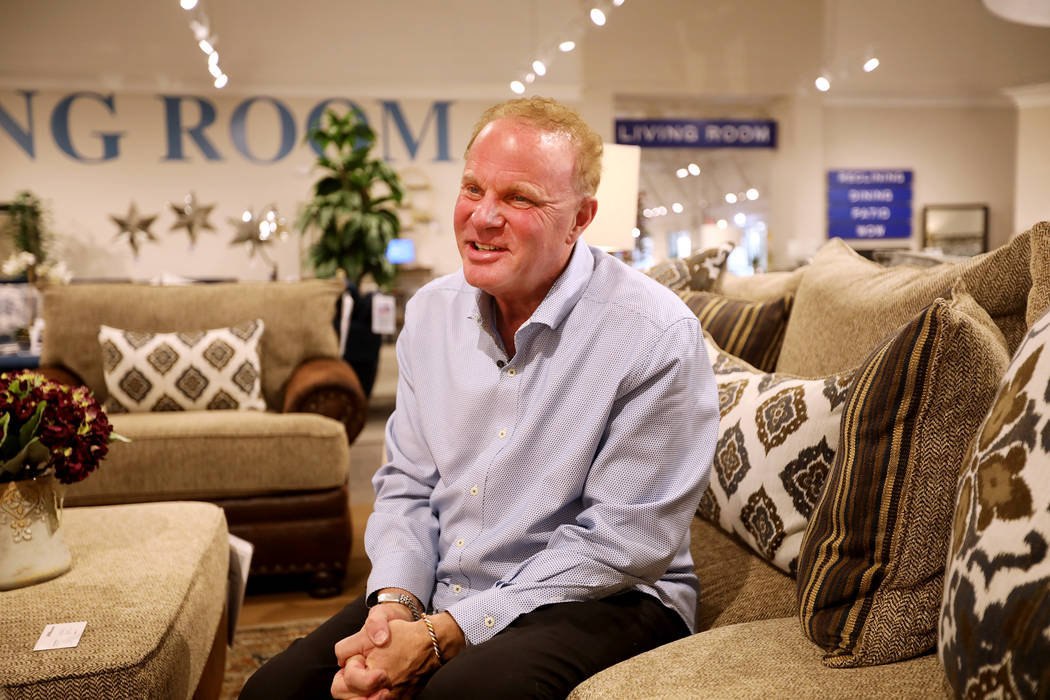 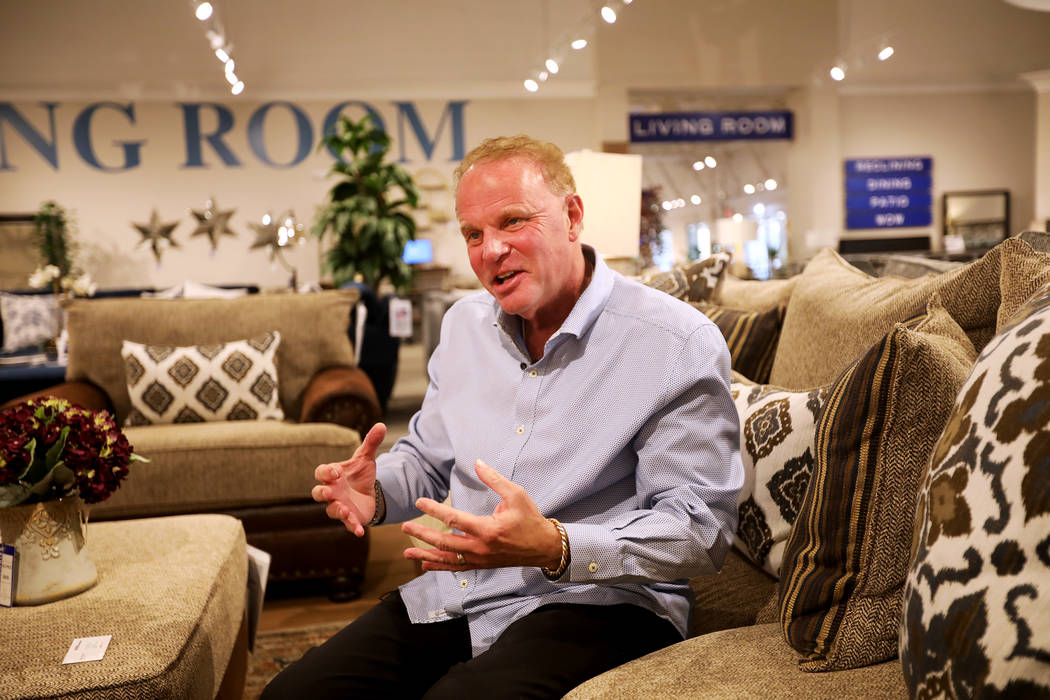 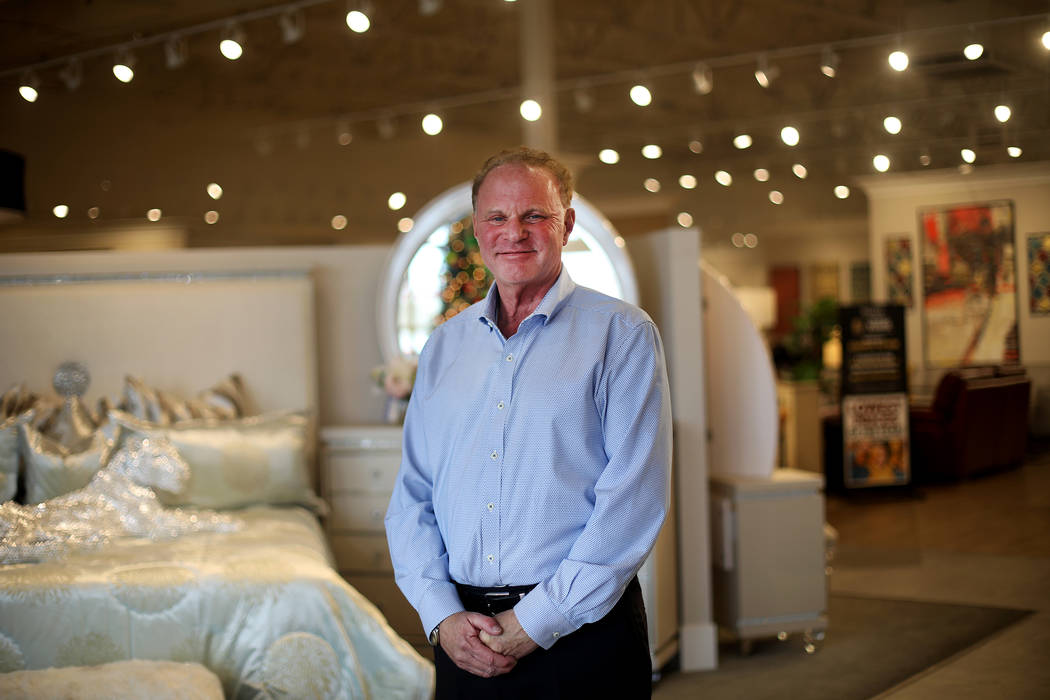 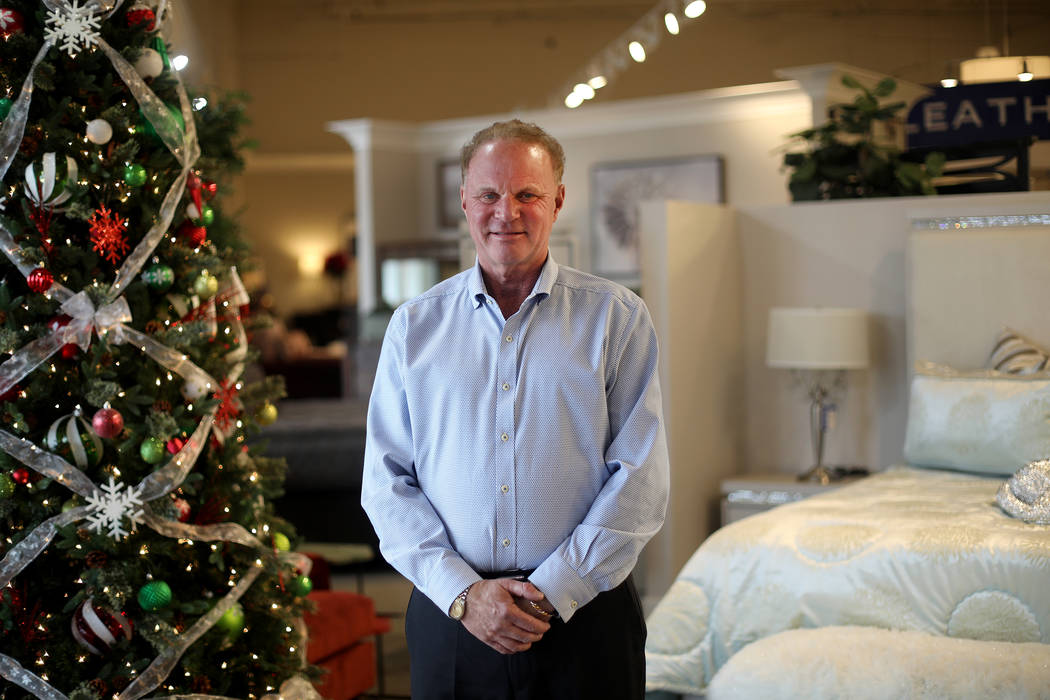 Larry Alterwitz doesn’t wear the red outfit, and he’s way too fit to fill it out properly even if he did. But every year around this time, Alterwitz gives Santa Claus a serious run for his money.

Alterwitz is the guy behind Walker Furniture’s Home for the Holidays, which provides housefuls of furniture to in-need Southern Nevada families. This year marks the program’s 26th year, and Alterwitz expects to deliver furnishings to 35 area families.

The program is a product of the lessons Alterwitz, Walker Furniture’s CEO, learned from his parents, and it reflects both a love of his business and a commitment to the community where he has spent most of his life.

Alterwitz, 66, was born in Gary, Indiana, where home furnishings were his family’s business. His grandparents owned a mattress and upholstery factory in Gary during the ’50s, “and my father decided in the ’60s that he wanted to (have) a retail furniture store, so he opened up United Factory Furniture,” Alterwitz says.

Alterwitz worked in the store as a kid, then worked in the warehouse when he got older. “We believed in working hard and doing the best we can,” he says. “My dad always used to tell me, ‘Never work for money. Work to do the very best you can, and somehow you’ll always be successful.’ ”

The family moved to Las Vegas in 1973 and Alterwitz’s parents purchased Walker Furniture from original owners George and Ruth Walker. Alterwitz wasn’t sure about entering the family business.

“I wasn’t the greatest salesman because I was young and I didn’t know anything about it,” Alterwitz says. But he decided that he liked the furniture business, and after his father died in 1990, Alterwitz became Walker Furniture’s CEO.

Home for the Holidays was created in 1994. “I wanted to find a way to give back to the community,” Alterwitz says.

He remembers how his father, in newspaper ads for the store, would “single out a person that had done something to make the community better. That really stuck with me. With that in mind, we decided, what we can do to better help the community … is help people in need with a household of furniture.”

Each year, Alterwitz invites Southern Nevadans to write him and suggest families that could benefit from the program. Helping Hands of Vegas Valley reads and verifies the letters, and recipients are chosen by community leaders. This year’s deliveries are scheduled to begin Dec. 13.

Alterwitz says recipients face circumstances such as medical issues, losses from fires, domestic violence and sexual abuse, while others are single parents struggling to get by.

“We started with 12 households of furniture and we’re up to 35 now,” he says. “It’s a massive undertaking, but it really helps because we’re delivering furniture to people who many times are sleeping on the floor or eating on the floor, that have nothing.”

Review-Journal: What did you think of Las Vegas when you arrived here?

Larry Alterwitz: Being from Indiana, and right on Lake Michigan, it had a lot of trees and forests and things. But I was fascinated by mountains, and I’d never seen a mountain before.

When your parents bought Walker Furniture, why didn’t they change the name?

When my father and mother came out to Las Vegas … George Walker and his wife, Ruth, had Walker Furniture. They started it and it had been around 20 years prior to that, so that means the ’50s. … It was an established business, and he kept the name. I said to him, “Why don’t you change it to Alterwitz Furniture?” He said, “Let’s keep it Walker’s.”

How was working in the family business?

Any time you work in a family business, the benefit is it’s family and you have people who will be with you and love you and support you, and that’s invaluable. But, obviously, like in any family, you have to know how to negotiate your way and make sure everybody has their voice and feels good about what they are doing.

And you liked the furniture business?

I got to like furniture very quickly. And I’ve always wanted to be the best or as good as we can be, and our desire was to offer the largest selection, because I knew how important that was. People want what they want. And I wanted to have great displays that look beautiful so people feel good about what they’re seeing. I knew the importance of having competitive prices because nobody wants to feel like they spent too much … And obviously great customer service. We try so hard on that.

We often don’t think about the psychological effect furniture has in our lives — such as the comfort of sprawling out on a sofa after work or crawling into a warm bed.

If you know somebody was buying something that was of quality, was going to last, was going to look beautiful and … give a lot of comfort, there’s a great sense of satisfaction. Not only are you making a living but you’re making somebody’s life.

It sounds like the business still appeals to you.

I’m glad I have such talented people around me who know how to do design and decoration. Any business, it takes a village. You can’t do it all. I’m surrounded by some really good people.

By now, you probably have customers who have been coming to your store for generations.

There’s nothing better than when somebody comes in and says, “I still have that sofa from 15 years ago” or “I have that bedroom set or that dining room set I bought 30 years ago.” That’s actually very common.