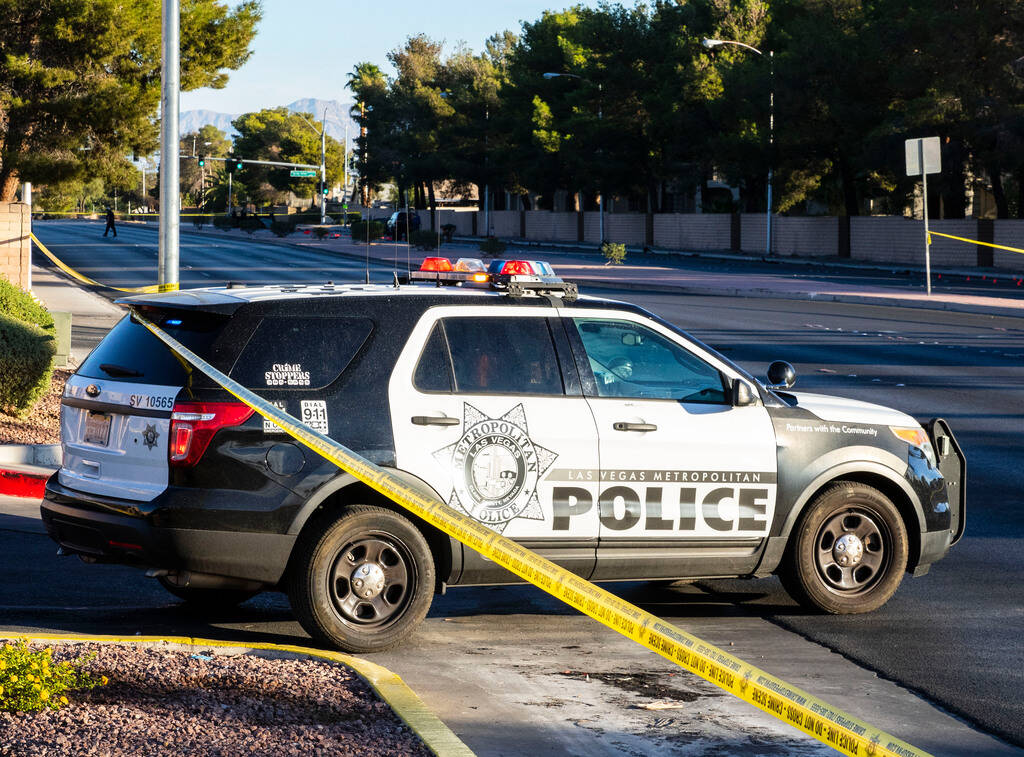 The crash was reported just before 11 p.m. at South Fort Apache Road and Red Hills Road, according to a statement from the Metropolitan Police Department.

The 50-year-old Las Vegas resident driving the Pontiac was taken to University Medical Center trauma center, where she died.

Tierra Richardson, 23, was driving the Nissan and said she suffered minor injuries, but police said the 24-year-old man in the car with her suffered critical injuries.

The three Bakersfield, California residents in the truck — a 24-year-old man, a 16-year-old girl and an 11-year-old girl — all suffered minor injuries, police said.