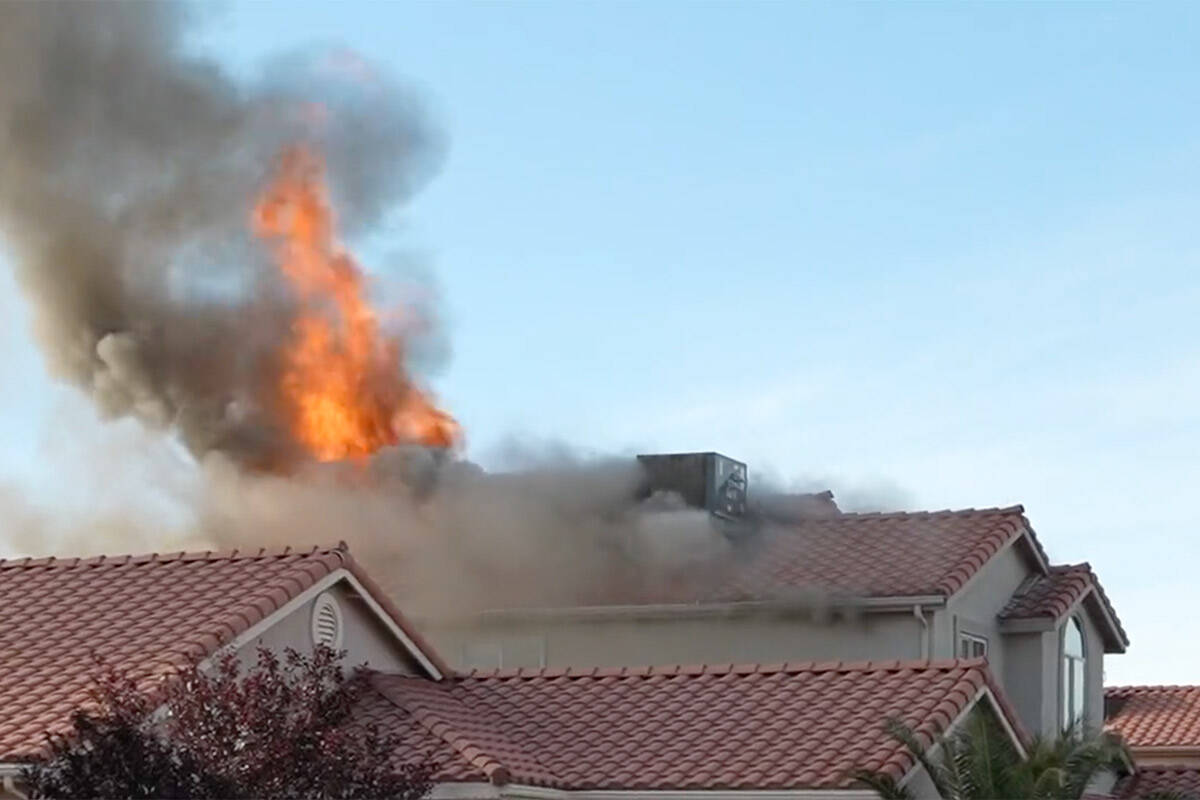 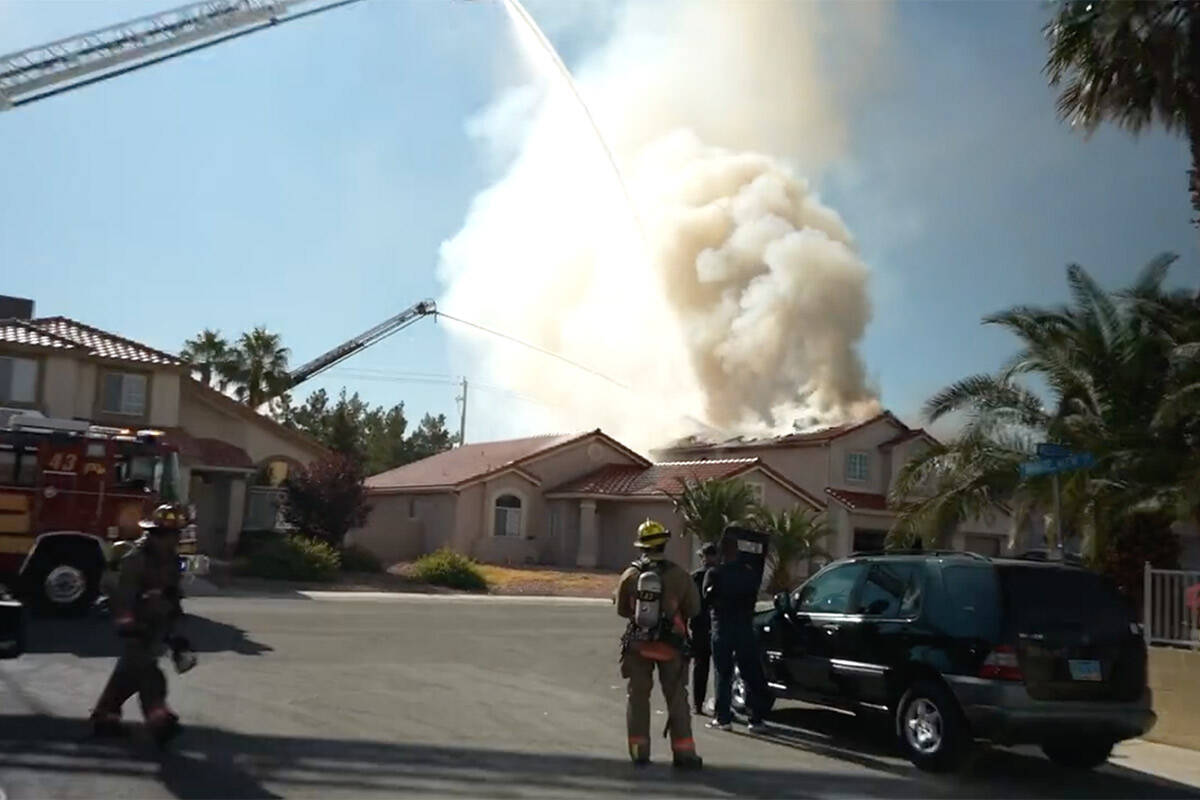 A man armed with a gun who started a house fire amid a domestic dispute with his wife in North Las Vegas was later found dead in the wreckage of the blaze, officials said.

North Las Vegas police officers were called about 10 a.m. Monday to a domestic disturbance at a two-story house in the 2200 block of Keller Court, near West Gowan Road and Clayton Street, according to North Las Vegas Police Officer Alexander Cuevas.

The woman who called police said her husband “was armed and had lit the residence on fire,” Cuevas said in a text message.

“The surrounding homes were safely evacuated as officers tried to negotiate a peaceful outcome with the male suspect,” Cuevas said. “Ultimately the male perished in the fire.”

In a video tweeted by the North Las Vegas Fire Department, thick plumes of smoke and tall flames could be seen shooting out of the roof of the house.

Fire crews can be seen in the video extinguishing the flames. Firefighters from the Las Vegas Fire Department also battled the fire.

Before the man’s condition was known, a police officer could be heard, via a loud speaker, imploring the man to come out of the house.

“The fire spread rapidly through the second floor,” said Jake Levesque, the public information officer for the North Las Vegas Fire Department, in the tweet. “PD (police department) did everything they could to contact the assailant.”

Police officers searched the first floor for the man after the fire was put out. A drone then searched the second floor and the man’s body was found, Levesque said in the video.

The man’s identity hadn’t yet been publicly released Monday night. An autopsy will be conducted, Levesque said.