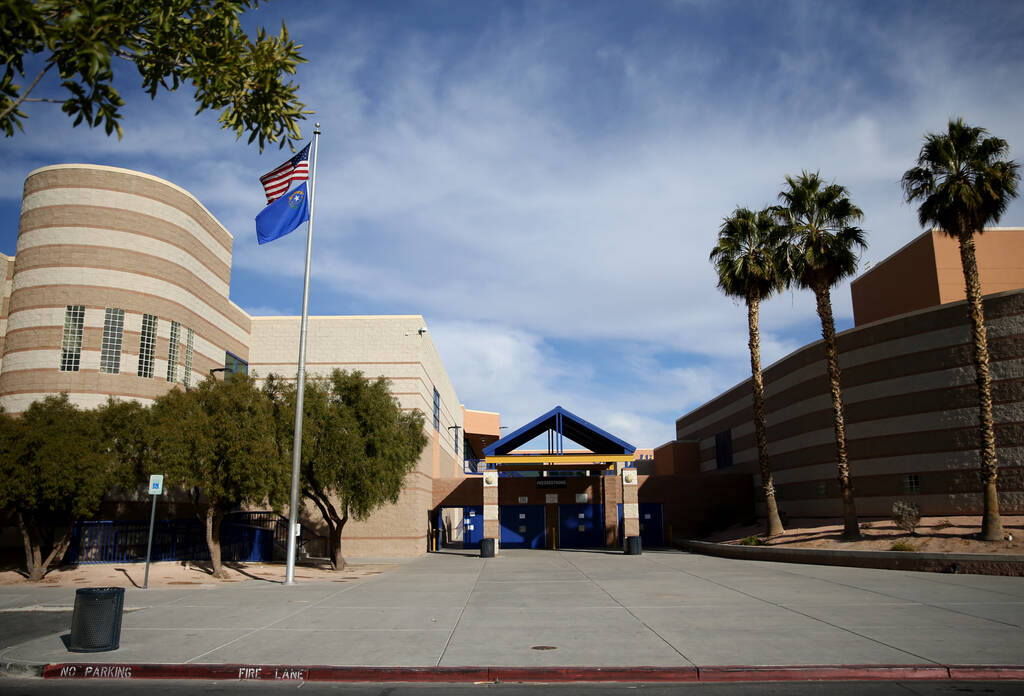 “I know I’ll never coach again in CCSD,” Goodell said Friday. “For 10 months now, I have not been allowed to leave my house or talk to my friends. I don’t have any friends anymore, because my friends were all my coaching buddies, and they think I’m a thief.”

The school district and the district attorney’s office could not be reached for comment.

Goodell was accused of obtaining money or property under false pretenses, grand larceny and conspiracy to commit theft at Sierra Vista. The allegations came after he began working as assistant principal at Silverado High School.

He said a man allowed the Sierra Vista football team to use three of his golf carts during the 2021 season, but when Goodell left the program, the man asked that Goodell store one of the carts until the man could pick up his property.

Silverado Principal Jaime Ditto emailed Goodell in May inquiring about the carts, but Goodell said he did not know where they were because the man had already picked them up.

Goodell was accused of giving away an iPad the school district claimed he had rented from it. Goodell said five iPads were donated to the football program, and an athletic director signed off on him giving one away to a student. Goodell also was accused of forging a $4,000 invoice, which he said multiple administrators had signed off on.

Goodell had been with the school district since 2013, and for the last 10 months the district paid him to stay home while the allegations were being investigated.

“You’re sitting here paying me taxpayer dollars of $80,000 for 10 months of leave for a $4,000 invoice I didn’t forge that was signed by my administrators,” he said. “Every bit of it was false.”

Goodell is waiting to hear from the teachers union and the school district whether he will be allowed to return to work at Silverado.

“Right now my biggest issue is these people have ruined my life,” he said of district officials.