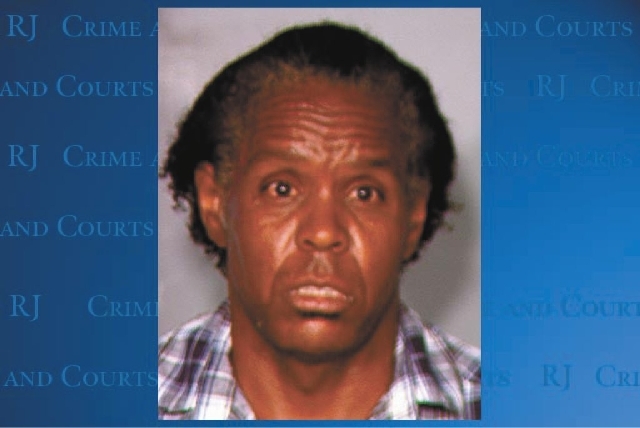 A lawyer for Lee Anthony Sanford will ask a judge to have doctors determine whether Sanford was sane at the time of his arrest and if he is fit to face charges.

The mental state of a man accused of stabbing four people on a sidewalk near the Las Vegas Strip should be measured before his next court appearance, a defense attorney said Wednesday.

A judge will be asked to have doctors determine whether Lee Anthony Sanford, 53, was sane at the time of his arrest, and if he’s fit to face charges, Assistant Clark County Public Defender Daren Richards said.

“We’re going to investigate fully his competency and his mental state at the time of the incident,” Richards said.

A judge on Tuesday appointed the public defender’s office to represent Sanford, set bail at $80,000, and scheduled an Aug. 27 preliminary hearing on four felony battery with a deadly weapon charges.

Sanford was being held Wednesday at the Clark County Detention Center.

Sanford surrendered to Las Vegas police at a McDonald’s minutes after the 11 p.m. Thursday attack. Police say he had a nine-inch kitchen knife and was bleeding from a cut on his hand.

Sanford, who is black, told detectives he thought white people kept bothering him, according to a police arrest report.

He told police he had a verbal sidewalk altercation earlier with a man he described as white and a bully, and retrieved the knife from his apartment before returning to the area.

Investigators found no prior connection between Sanford and the victims.

Police said Sanford was sometimes incoherent during his police interview following his arrest.