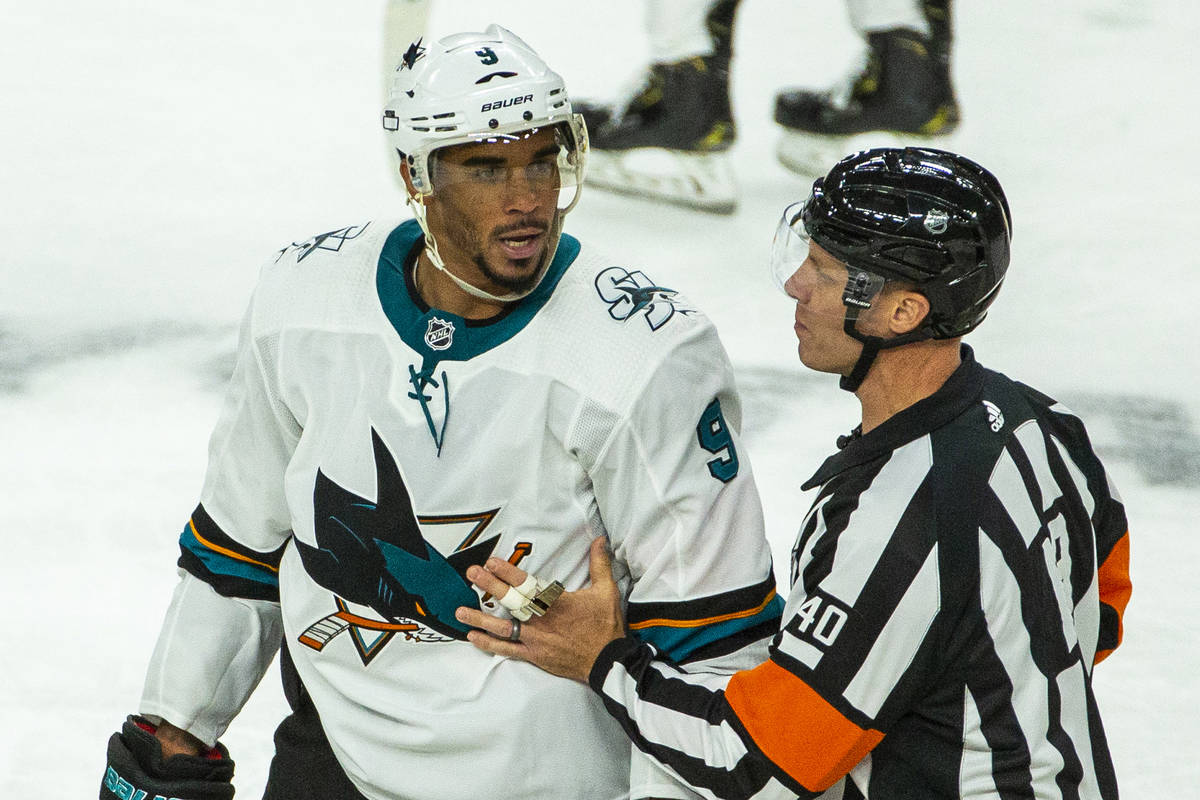 The Cosmopolitan of Las Vegas has dropped its lawsuit against NHL star Evander Kane over what it claimed were unpaid casino markers.

District Court records show the case against the San Jose Sharks forward was dismissed April 2. The casino had alleged that Kane failed to pay back $500,000 in gambling markers extended to him in April 2019.

The court documents stated that Kane, who is a Canadian citizen, took out eight credits of varying amounts between $20,000 and $100,000 on or about April 15, 2019. That date would have fallen between games 3 and 4 of the Stanley Cup first-round playoff series between the Sharks and the Vegas Golden Knights.

The Cosmopolitan was also seeking repayment of legal fees associated with the lawsuit.

Lawrence Semenza, an attorney representing The Cosmopolitan, confirmed the case has been dropped and can’t be brought up in court again. He declined to comment on whether it was settled out of court or any other stipulations of the dismissal.

Kane, who signed a seven-year deal with the Sharks in 2018 worth $49 million, is notorious for an ongoing feud with Knights bruiser Ryan Reaves.

Coincidentally, Reaves and Kane got into a brawl in Game 3 of the 2019 playoff series, the night before The Cosmopolitan claimed it issued the casino markers to Kane. The rivalry has made Kane public enemy No. 1 for Knights fans.

Representatives of the Sharks and The Cosmopolitan weren’t immediately available for comment.