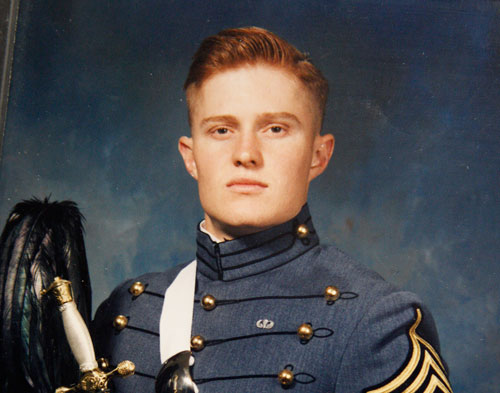 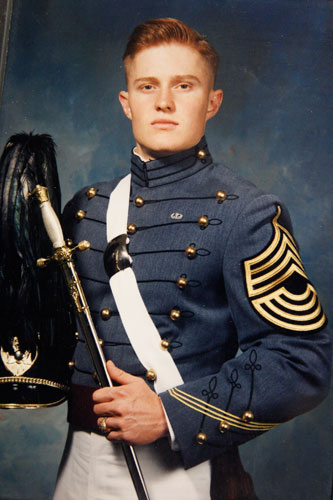 Family members of Erik Scott, who was shot and killed by officers outside a Costco store in 2010, dropped their lawsuit against the Metropolitan Police Department on Tuesday, ending one of the most controversial chapters in the agency’s history.

"It’s not the slam-dunk case that everybody thought it was when we started," said Bill Scott, Erik Scott’s father. "If there was a different appeals court involved, I think we could have pressed ahead."

The family also was going up against stiff resistance from Las Vegas police. Sheriff Doug Gillespie said Tuesday that he would not settle the case.

"No matter how you look at it, the Scott family lost a loved one," he said. "I, as a sheriff, understand that the best I can. But I also have to support the process and support our officers when they make appropriate decisions."

"They (Scott’s family) kept telling people they had a case and they were never going to let it go," Collins said. "They let it go. … Someone convinced them otherwise."

"I believe, as do many, that Erik was murdered, crime scene corrupted, critical evidence destroyed," he said.

Scott family attorney Ross Goodman said the decision came down to what was one of the most controversial aspects of the case: the lack of surveillance video of the incident.

Goodman said that without the video, he didn’t feel he could overcome a qualified immunity defense for police officers, which the 9th U.S. Circuit Court of Appeals recently has bolstered. The appeals court recently ruled that even when excessive force is used by police, officers are entitled to an affirmative defense of "qualified immunity," Goodman said.

Under federal law, qualified immunity is a defense given to government agents protecting them against civil lawsuits if they act within the established law. Regarding a law enforcement agent’s use of excessive force, a plaintiff must show the officer acted wrongfully to overcome the qualified immunity defense.

Goodman and the Scott family had hoped that security footage of the incident would prove the officers acted wrongfully. But the footage does not exist.

"We believe had the Costco video existed it would have unequivocally shown that Erik was wrongfully shot and it would have negated qualified immunity as an affirmative defense," Goodman said.

Allen Lichtenstein, general counsel for the American Civil Liberties Union of Nevada, said winning a judgment against police is difficult in any appeals court circuit.

"I don’t think the 9th Circuit is any different," he said.

The Scott family agreed to drop the lawsuit if police did not pursue legal fees.

Gillespie said Tuesday that controversy over the Scott shooting was an example of people jumping to conclusions.

"As sheriff of a police department this size, a lot of things go on and people question what it is you do as an organization," he said. "I personally don’t mind people questioning what we do and why. What frustrated me with the Scott case is people jumped to conclusions before facts came out. We should all learn something from that."

But Las Vegas police released little information about the case in the weeks after it happened, allowing what was an unusual police shooting to generate both controversy and conspiracy theories.

On July 10, 2010, Scott, 38, was shopping with his girlfriend at a Costco store in Summerlin when he drew the attention of store employees. He was tearing open packages of water bottles and seeing whether they would fit in a cooler, employees later testified.

One employee noticed Scott was carrying a gun in his waistband. Although Scott had a legal permit to carry the weapon when concealed, the employee told him the store did not allow weapons inside.

When Scott refused to leave, employees called police, setting off a chain of events that would end with Scott’s death.

Police arrived and told an employee to evacuate the Costco. As hundreds of customers were spilling out of the store’s exit, officers Thomas Mendiola, Joshua Stark and William Mosher were waiting outside.

Scott and his girlfriend were among the customers. An employee pointed out Scott to police, and the officers gave him commands to either get down or drop the weapon — testimony and evidence has differed.

Scott pulled the holstered weapon out of his waistband and turned around. Officers fired seven times, striking him seven times.

There were dozens of witnesses, many of them doctors and lawyers, and in the days that followed, some of them doubted whether Scott pulled out a gun. Others said they did see him pull out a gun.

That confusion, combined with Scott’s profile — attractive, white, a successful medical device salesman and graduate of the U.S. Military Academy at West Point — created a potent combination that touched a nerve in Las Vegas, which had seen years of controversial police shootings, including one just the month before.

Scott’s family led an aggressive campaign to bring the case to light, paying for billboard advertisements, hosting vigils and casting doubt about the police investigation. The news media seized on the case as Las Vegas police released few details, including refusing to address the most burning question: Was the incident caught on store cameras?

Privately, police believed the shooting was justified. Scott, it was later found, had potentially fatal levels of the painkiller morphine and the anti-anxiety drug Xanax in his system. He was acting strangely inside the store. And he was carrying two guns — the second was found as paramedics took him to the hospital.

The Scott case reached fever pitch by the time of the inquest more than two months later, when it was revealed that the store’s cameras were not working that day. After an inquest jury unanimously ruled the shooting justified, the family members said they would file a lawsuit.

In the months that followed, the Scott case would help prompt changes to the coroner’s inquest process and launch a yearlong Review-Journal investigation into officer-involved shootings.

The investigation found that Las Vegas police officers have more shootings than officers at many other jurisdictions and that the agency did little to learn from the incidents.

Las Vegas police recently paid a $1.7 million settlement in 2010’s other controversial shooting, the death of Trevon Cole. Cole was shot in the head by officer Bryan Yant during a botched drug raid on Cole’s east valley apartment about a month before Scott’s death.

Collins said he is happy to put this chapter in Las Vegas police history to bed.

It might not be finished, however. Bill Scott, a former journalist, said dropping the lawsuit was "liberating" because he can turn his attention to other issues of police accountability.

"It allows us to pursue the launch of other initiatives that have been on the books for a while," he said.

He wouldn’t disclose what he is planning, but said, "The battlefield, as I see it, now moves from Vegas to Washington, California and New York."