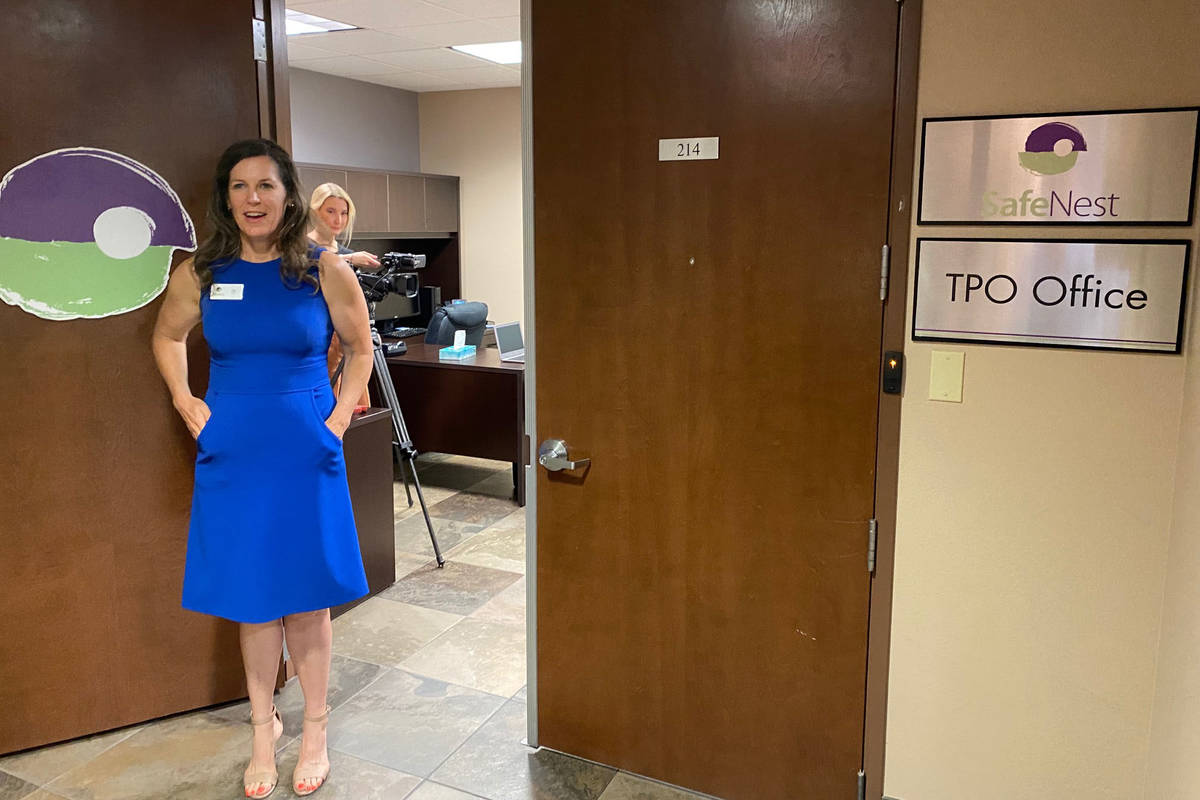 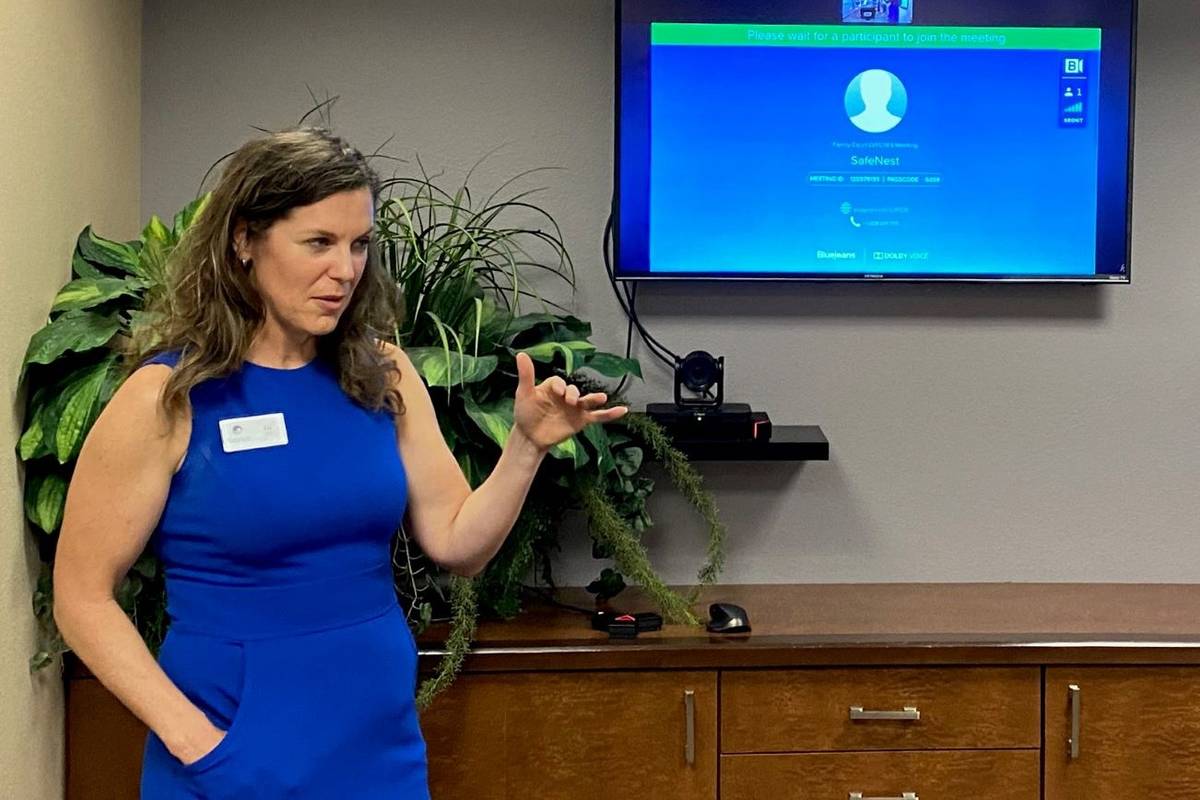 SafeNest has partnered with Clark County’s Family Court system to allow victims to file temporary protective orders online and appear remotely before a judge, rather than sit in the same courtroom with an abusive partner.

On the second floor of the nonprofit’s main building on Meadows Lane sits a small, two-room “TPO Office” with desks, computers and a television monitor in a soundproof space wired to BlueJeans, a cloud-based videoconferencing system used by courts across the valley.

Liz Ortenburger, SafeNest’s CEO, said she believes the setup is one of the first in the country that allows victims to acquire protective orders through videoconferencing.

“Within the entire justice system there are major reforms that need to be done,” Ortenburger said Wednesday, while launching the new project. “What we’re doing is providing easier access to something that victims need to be able to have access to in a way that is more palatable for survivors who cannot fathom going down to Family Court and having to stand in front of the person who has been terrorizing them sometimes for decades.”

The project had been in the works for months before the COVID-19 pandemic halted court proceedings, she added. A move to video hearings throughout the court system helped facilitate the opening of the SafeNest office.

At the start, one full-time advocate and a volunteer have been assigned to the office, which is open from 9 a.m. to 3 p.m. Mondays through Fridays.

While victims can testify remotely at sentencing hearings or other steps in criminal cases, video testimony is restricted in trials because of a defendant’s constitutional right to confront an accuser. At an upcoming public hearing, the Nevada Supreme Court will consider establishing a Commission to Study Best Practices for Virtual Advocacy in Nevada’s Courts.

Calls to domestic violence hotlines increased 20 percent in 2020, with SafeNest receiving 19,117 calls, an increase of more than 3,000 from the prior year. But police reported a drop in assault and battery and domestic disturbance reports from 2019 to 2020. Calls to shelter hotlines continued to increase this year, Ortenburger said.

“Having a virtual TPO office at a site that’s not the courthouse is real helpful for some of our litigants who are terrified,” Burton said. “They’re not going to walk into a courthouse where they could potentially cross paths with their abuser. They’re going to be somewhere there’s kind people, supportive people, people who understand what they’re going through.”

As chief district judge, Linda Bell helped facilitate what’s known as a “live TPO,” where victims can apply for a restraining order and walk out of court the same day with the order in hand. On Wednesday, she said SafeNest’s office provides an extra sense of security for victims.

“This is an extension of that project,” Bell said. “I’m really happy to see that we’re able to do more for our victims of domestic violence. … I think it’s a really nice environment to help support the victims.”