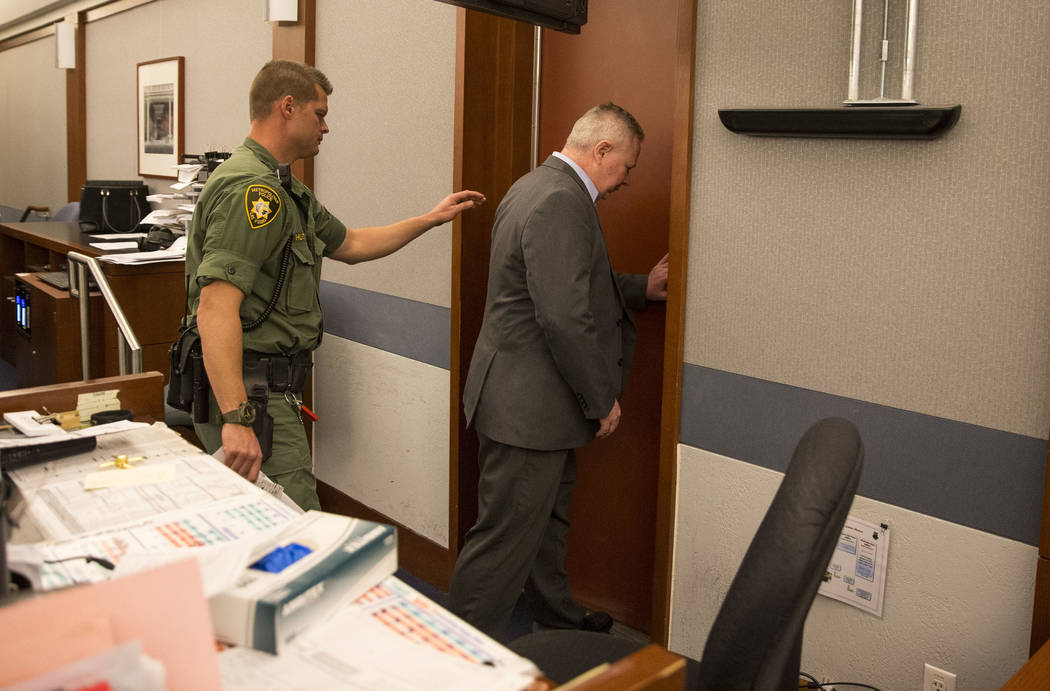 Jarom Boyes, right, an Air Force sergeant, charged in the shooting death of his wife, exits the courtroom after he was found guilty of involuntary manslaughter at the Regional Justice Center in downtown Las Vegas on Friday, March 9, 2018. Richard Brian Las Vegas Review-Journal @vegasphotograph 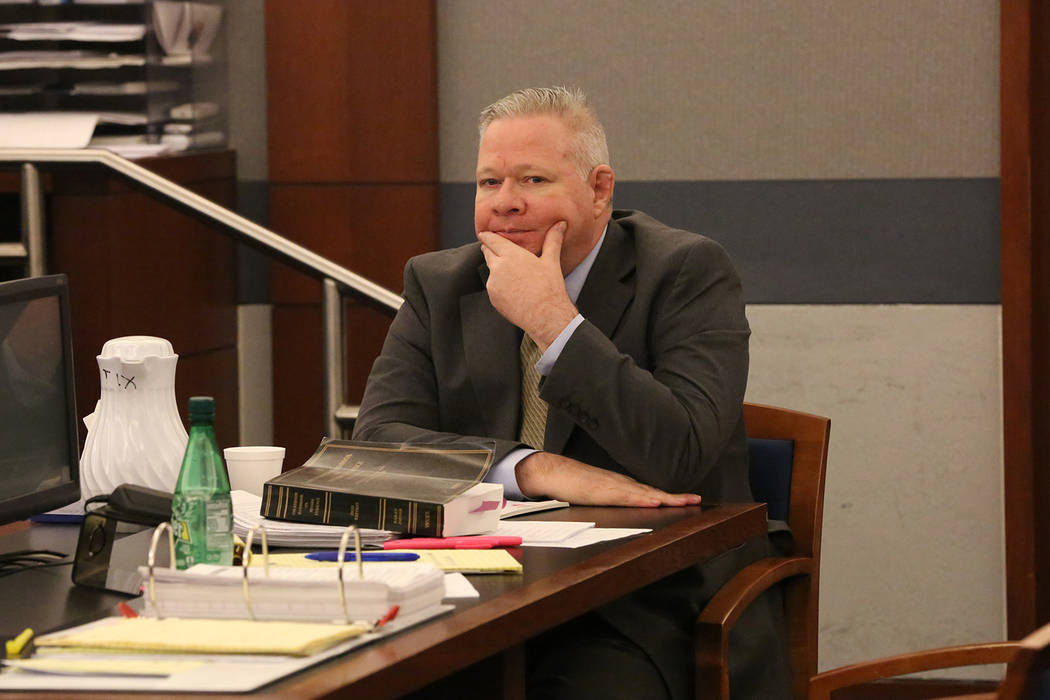 A former Air Force technical sergeant convicted in March of involuntary manslaughter in the shooting death of his wife left a Las Vegas courtroom Tuesday a free man.

Jarom Boyes, 46, was formally sentenced Tuesday to a maximum of four years in prison for involuntary manslaughter, but he had served nearly five years at the Clark County Detention Center while awaiting trial.

“The judge basically sort of let him walk out of the courtroom,” Boyes’ attorney, Gabriel Grasso, said.

Grasso said Boyes is looking for work and intends to appeal the conviction, which the attorney called a “consolation prize” for the state.

“It’s such a wide ranging type of charge, it’s almost a catch-all charge when somebody dies,” he said. “You’re seen as the person who made the mistake that caused somebody to die.”

Boyes had faced a first-degree murder charge in the April 6, 2013, death of his wife, Melissa, 24, an Air Force staff sergeant.

During the March trial, prosecutors argued that after a physical altercation at the couple’s North Las Vegas home, Melissa Boyes retreated to the bathroom, where she grabbed her gun for self-defense. On an audio recording on Jarom Boyes’ cellphone, he can be heard telling his wife to “put the gun down.” There is no sound of struggle with the firearm.

Melissa Boyes died from a gunshot wound to the chest.

Although Melissa Boyes’ family didn’t testify before the sentencing, Chief Deputy District Attorney Jake Villani said they sent letters to District Judge Jennifer Togliatti, but “little could be done” with the maximum sentence for involuntary manslaughter being four years.

“Everything kind of speaks for itself,” Villani said. “Hopefully Boyes stays on the straight and narrow.”

Melissa Boyes’ mom, Martha Ferguson, told the Review-Journal in March that her daughter was fun-loving, silly and outgoing.

“She excelled in everything she tried to do. She gave it her all,” Ferguson said.

Before her death, Melissa Boyes told her mother she was going to sign up for four more years in the service. She was taking forensic sciences classes and studying for her bachelor’s degree.

Jarom and Melissa Boyes met in Osan, South Korea, where they were both stationed. They were married for four years.

“She was my hero,” Ferguson said.